I have been postponing this review for over two years now. Not on purpose, I actually keep putting it apart for Halloween and I keep forgetting during that time of the year. But not this year! Finally I had like two months to think about what I want to write about, seeing that I don't actually have time to write... But here we are, and for one of the Halloween specials we are going to talk about two movies that brought hell to Earth: 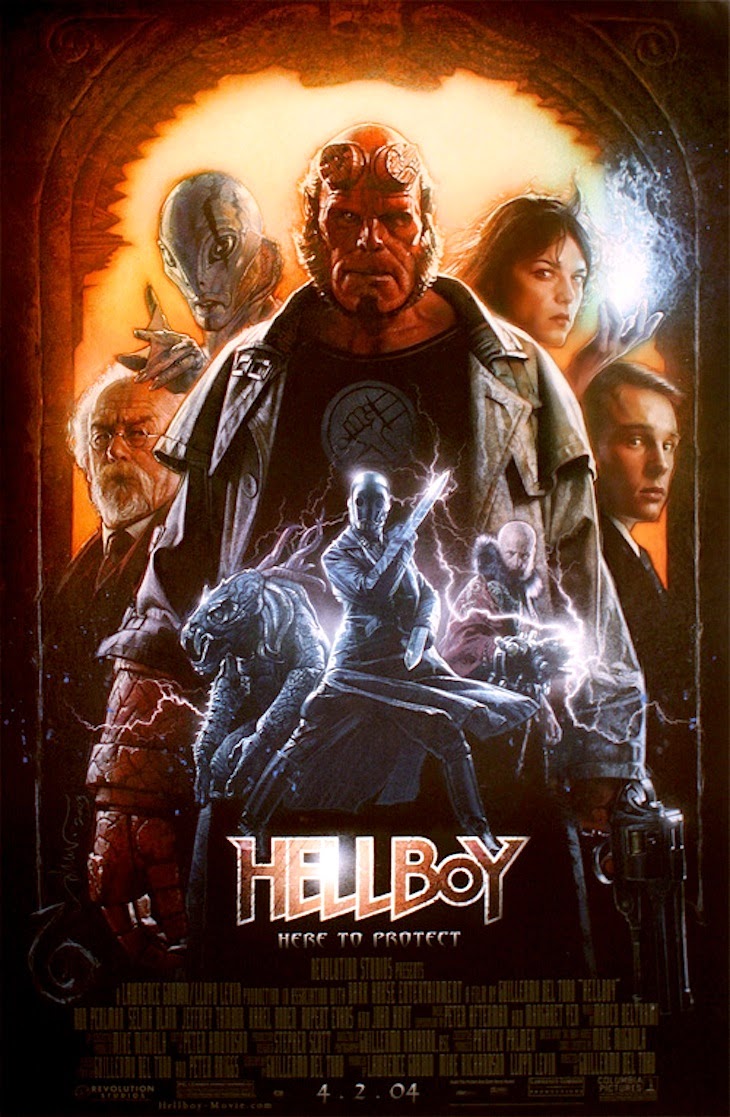 The government has a small secret division used to save problems that are - literally - out from this world. The leader of the team is Red, who is a demon who came through a portal back in the second world war and Nazi German wished to use him as a weapon. He was, however, saved by the allies and a professor who brings him up as his own son. In his team we also have Abe Sapien, an amphibian, and Liz Sherman, Red's love who struggles with her pyrokinetic abilities throughout the first movie. 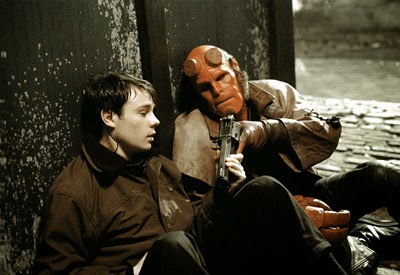 Their team has to fight Rasputin, resurrected charlatan of the Romanov era, who summons Hellboy - Anung Un Rama - to open the portal for ultimate chaos to take over the world. The apocalypse is bound to happen as Liz's soul is sent over to the other world, and to get her back Red has to open the portal. An agent, John Myers, assigned to help Red reminds him that his father taught him to choose his own destiny. He destroys the door, he beats Rasputin and tells the guy on the other side, that he better send Liz back to him, because he'll cross over for her, and they won't like that. 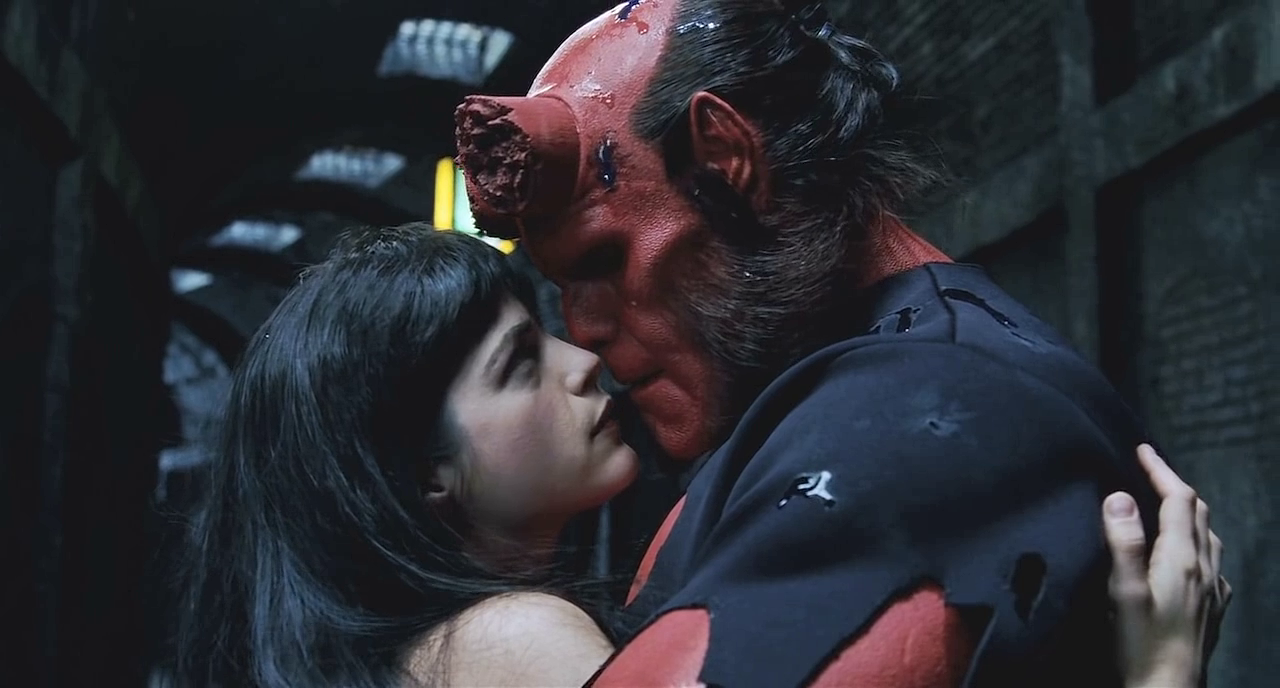 This movie is one of my favorites. It is literally like reading the comic! And why? Because it gives you a small introduction and then shows you what's important instead of losing time on the small details. Not to mention that it doesn't try to adhere to the unknowing public, but be true to the story and hope that those who don't know it will grow to love it - and they do. It is about family, about love, mystery and both sides of the coin: reality and fantasy. You genuinely care about these characters, you want to be these characters, or at least be part of the team! And what is beautiful is that in general all comic book heroes have to learn about responsibility and what their powers will bring about if they are used for the wrong reason. Not to mention accepting that they are not 'normal' anymore. Hellboy, on the other hand knows very well the impact he has and for that he wishes nothing but to be normal. 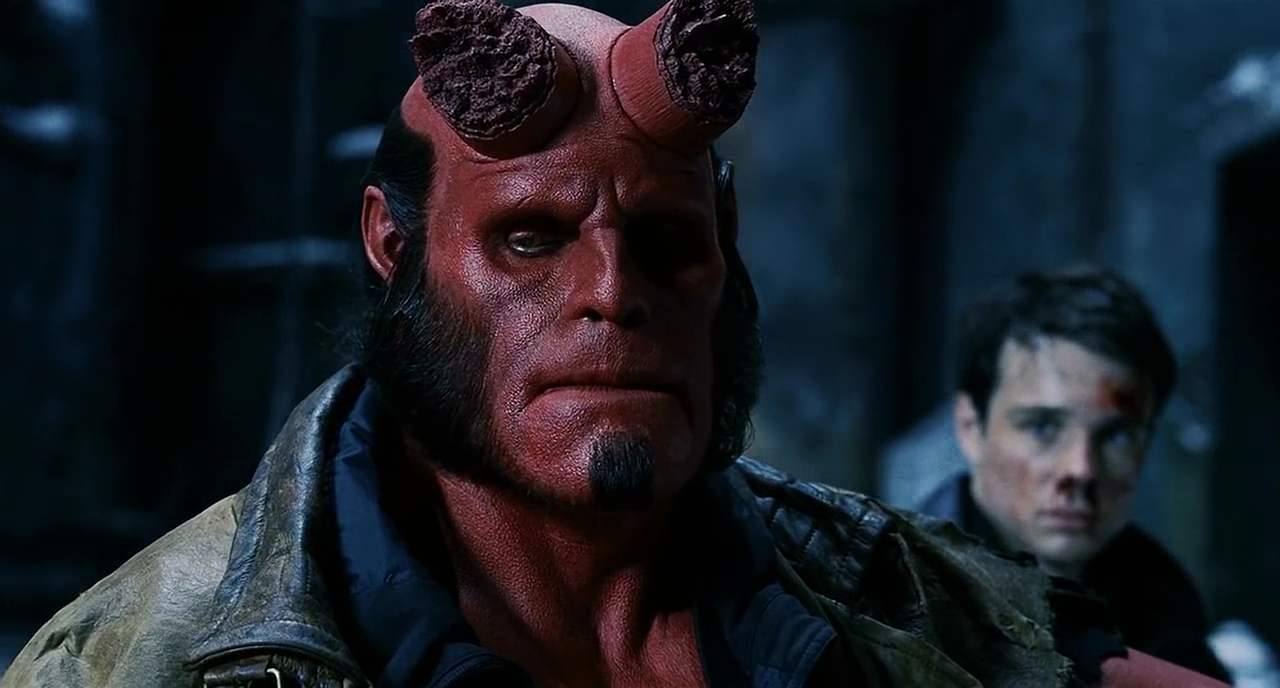 This also comes in with his relationship with Liz, who always wished to be a regular girl. Their love story is very moving and compelling. What else can I say? I love these characters! The only comment I can make is that I never understood what was the point of the agent who was assigned to look over Red. He was a nice addition for us to understand how Red wished to be more normal, but he acted like he understood everyone's pain, and then he tried to hit on Liz... that was very uncool! I did not get that part of the movie at all! Because if the lesson was that she does love Red, then they should've made their connection stronger for us to fear for even a second that Liz will not choose Red in the end. But that's my only critique. 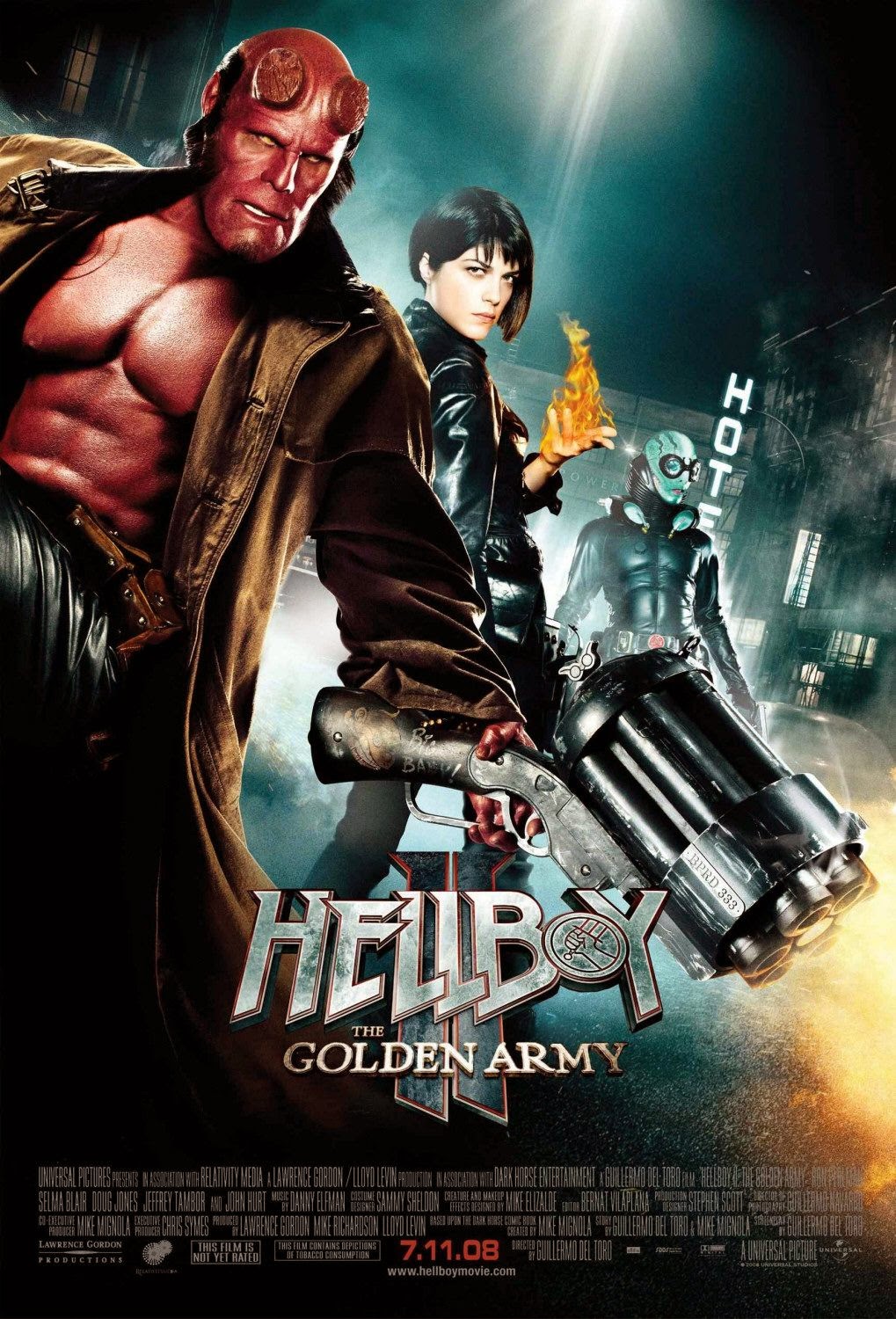 The movie begins with the professor telling young Hellboy a legend of a King who possessed a crown that was able to control an army of golden soldiers. Knowing the power that comes from the crown, the King had it divided into three pieces and scattered it in all the kingdoms - both real and monster kingdoms. 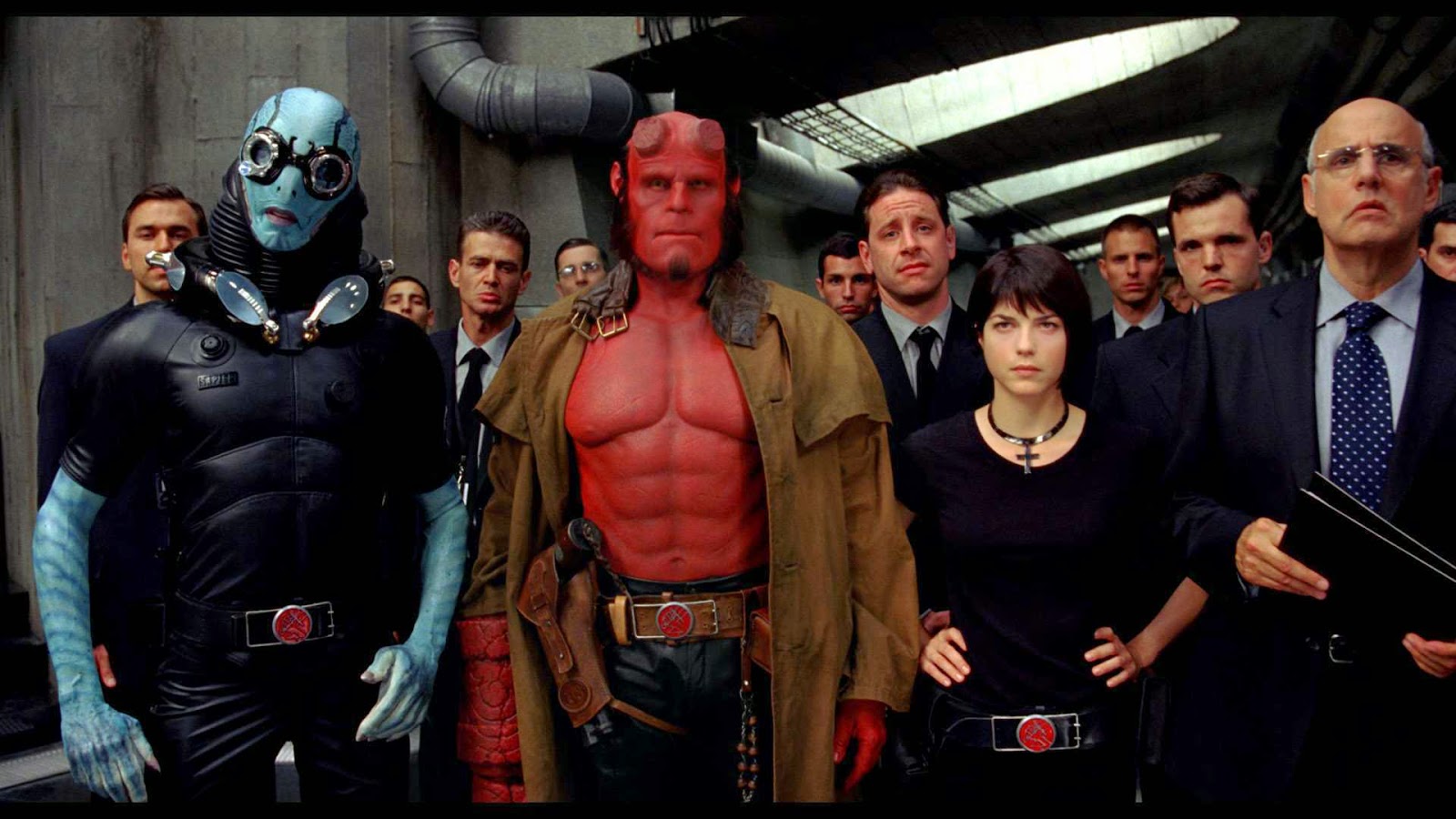 The King's son, Prince Nuada travels to our world to get one of the pieces at an auction down town with the help of little monsters. Red's team goes to the scene to investigate, and in the meanwhile come across Princess Nuala, who wishes to stop her brother from going insane with power. Our team travels to their world in order to stop Nuada, but almost lose Red in the process. The Angel Of Death reveals to Liz that far bigger danger awaits them if Red is resurrected, as he will not be able to reject his destiny again. Liz chooses him nonetheless and he is brought back. The two decide to quit this job together and be happy. 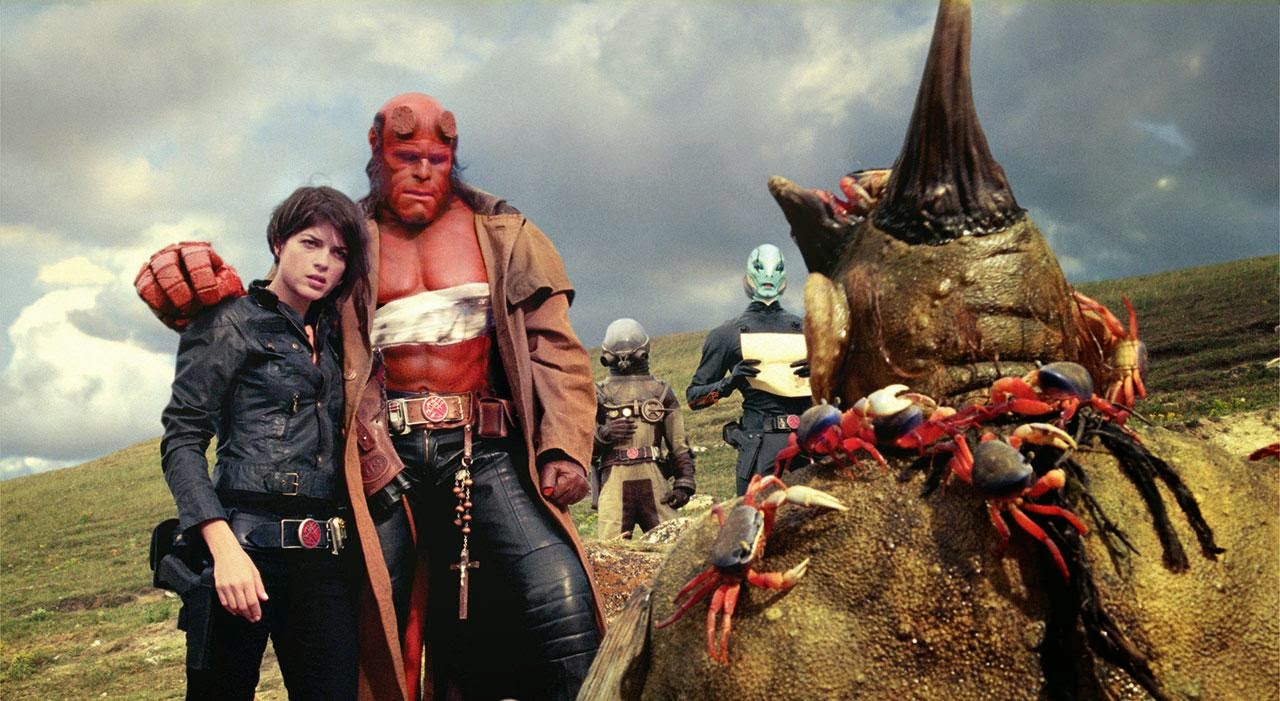 I actually saw the first one just a few months before this came out. This story really used the foundation it laid in the first one. This one focused on Red and Liz having a serious relationship and Abe looking for something similar. He has a bond with Princess Nuala, but they are from two really different worlds. I also love that Red becomes sick of hiding. He believes that if people knew he was not just a legend, then they will appreciate the fact that he keeps saving them. Unfortunately they live in a world that is still not able to open to creatures like him. This struggle takes him throughout the movie and in the end he realizes that he got everything he needs and fame is not part of it. Having been brought back he is ready to appreciate all that he has. And in case there is a sequel coming, we are reminded that Hellboy has a destiny and you can't help but wonder what is coming. 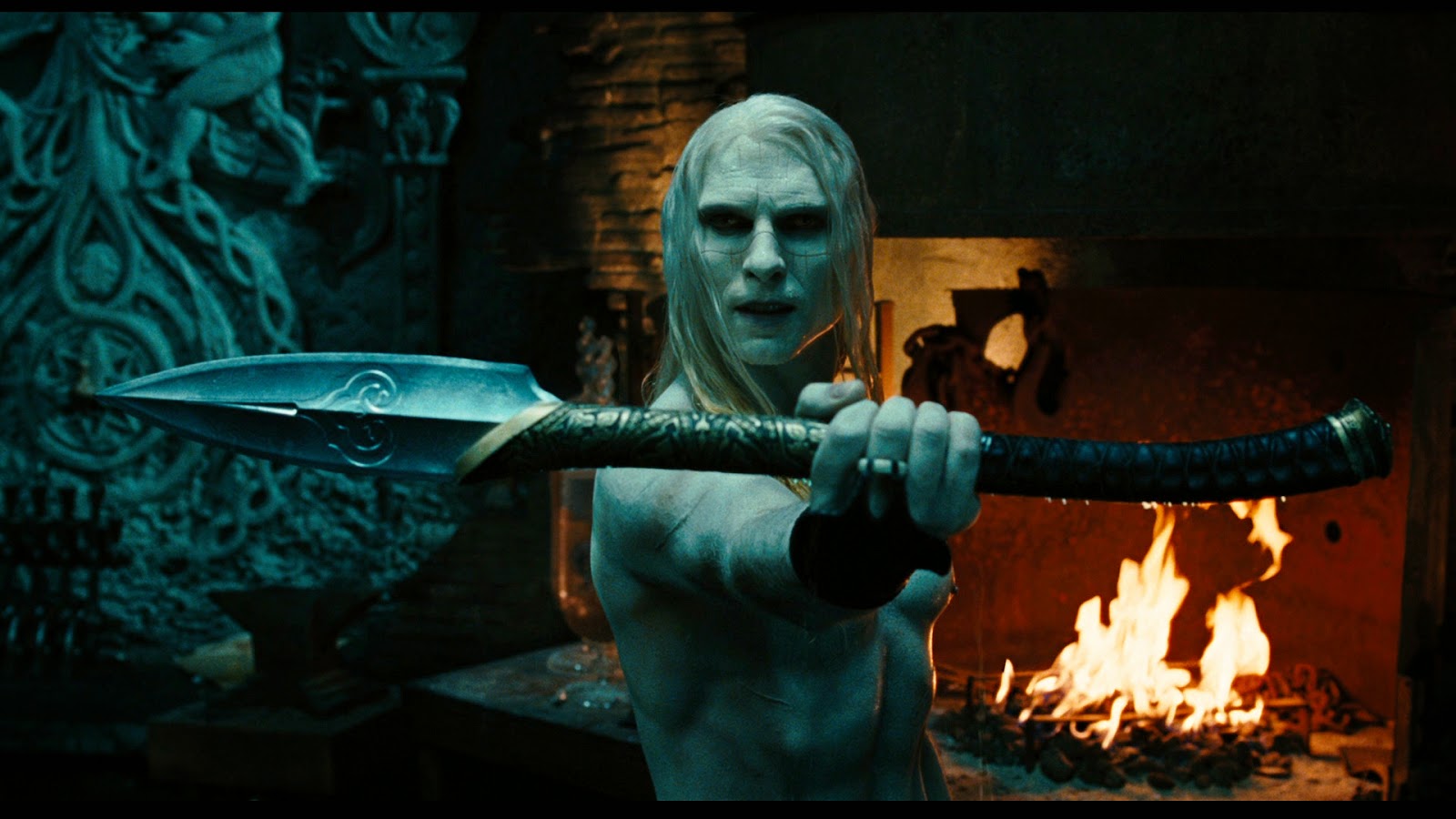 I will say that I liked this movie a lot, because while the first one took time to show us Red's love for Liz, this time we see the other side of that relationship and you can't help but feel for them. I actually liked this movie more than the first one because it gives us more of all the characters. Not to mention that the fist one tried to show us the characters through the eyes of a single agent and that went a bit nowhere... But never mind that. If you liked the characters in the first movie, you are bound to enjoy it here. I will say that Guillermo Del Toro went a bit too far with his monsters after Pan's Labyrinth, but I don't care because I hate comic movies where New York is destroyed. I love the fantastic element to it.

Watch them? Yes, because the first one actually takes place on the night of Halloween, then it takes the story to a winter wonderland - fine a cemetery - but it looks great. It gets me in the mood for Halloween and I just love how it is different from all the other comic movies. If you haven't seen them, do check them out, it seems that a third movie is in the making and it took them six years, so I don't think we will be disappointed! 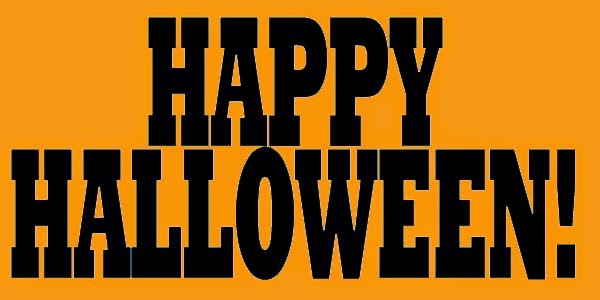