I thought very hard about whether or not I should write this short entry. This character was invented by Ian Fleming and was played by six actors. The MI6 agent is quite famous all around the world.
But I had a difficulty with this entry for another reason... Let's face it, we all watch Bond movies for one singular reason: The feature song at the beginning. You know it's true! Don't lie! You simply think that you don't know the words to 'Goldeneye' by Tina Turner, but if I were to put it up you would be singing at the top of your lungs! You would at first say 'mirror' instead of 'water', but afterwards you would have no problem! And that's the other thing, isn't it? We love those songs! And each year they get some big artist for the new movie and there comes a point where you don't really care about how James Bond is going to save the world - again - you just want to hear that damn cool theme song! (Both the original Bond theme song - click here to listen! - and the featured pop song!)
That being said, you might also wonder why I'm going to talk about only 3, when there have been a total of 23 movies. The reason of very simple, although I have seen some of the old ones - and sooner or later I will have seen all - I have a fond memory of those that I grew up on. And there are only three that I am willing to watch, and re-watch, over and over again. 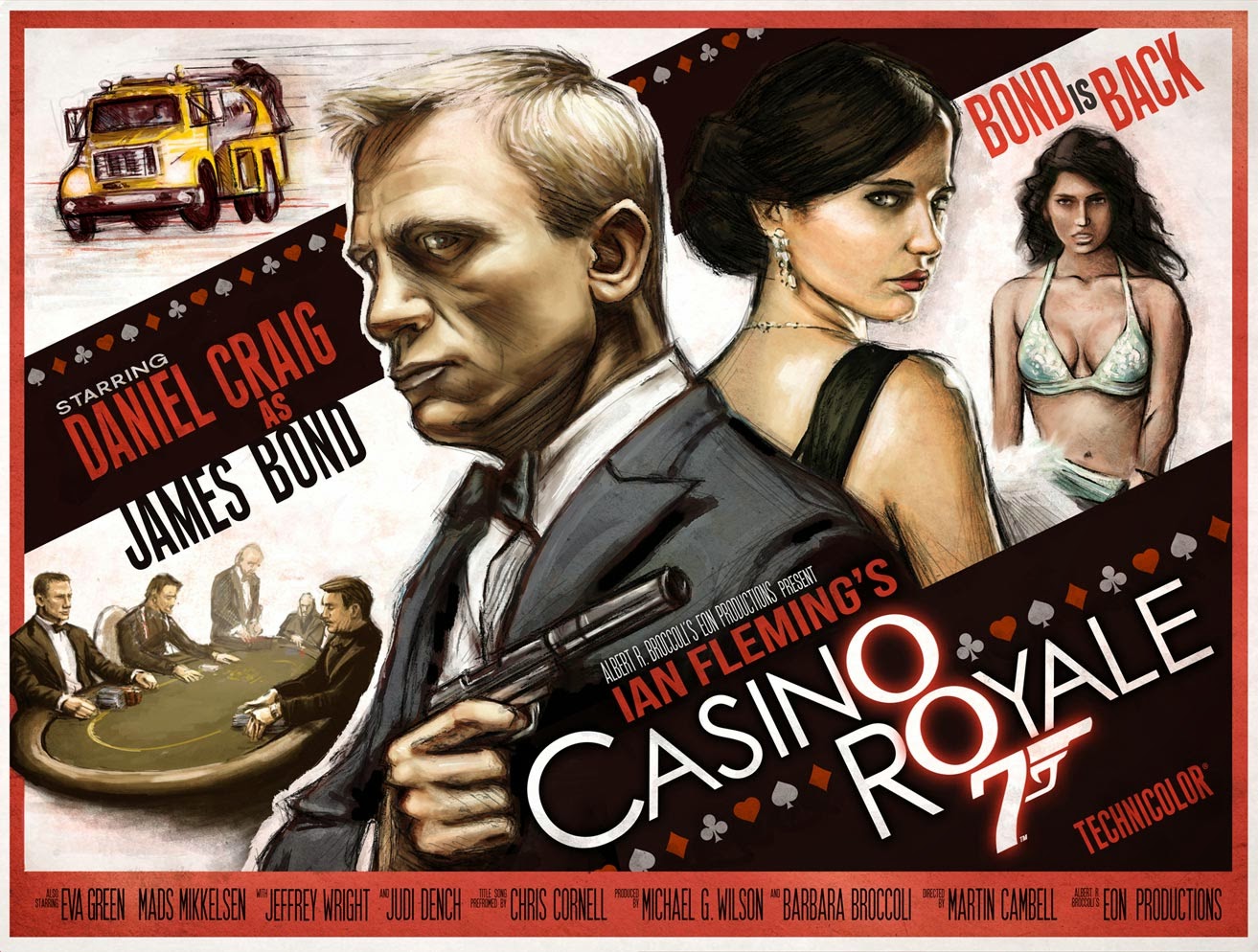 Why this one? Because I thought it was going to suck. I was offended that they moved to a blondie instead of Brosnan and I was convinced this movie would be awful. Yet I loved it. Every time I see it, it captures me completely. I will admit that he is nothing like the Bond that I'm used to, and because of that the other two movies didn't really get to me as much as this did. But the set up was marvelous in my opinion, with great on screen chemistry and an elaborate plot. The action scenes were to die for and the whole movie simple put: works. This angry, driven but very smart Bond fits Daniel Craig perfectly. I think I'm gonna watch it again tonight... (Click on the title for the feature song 'You Know My Name' by Chris Cornell!) 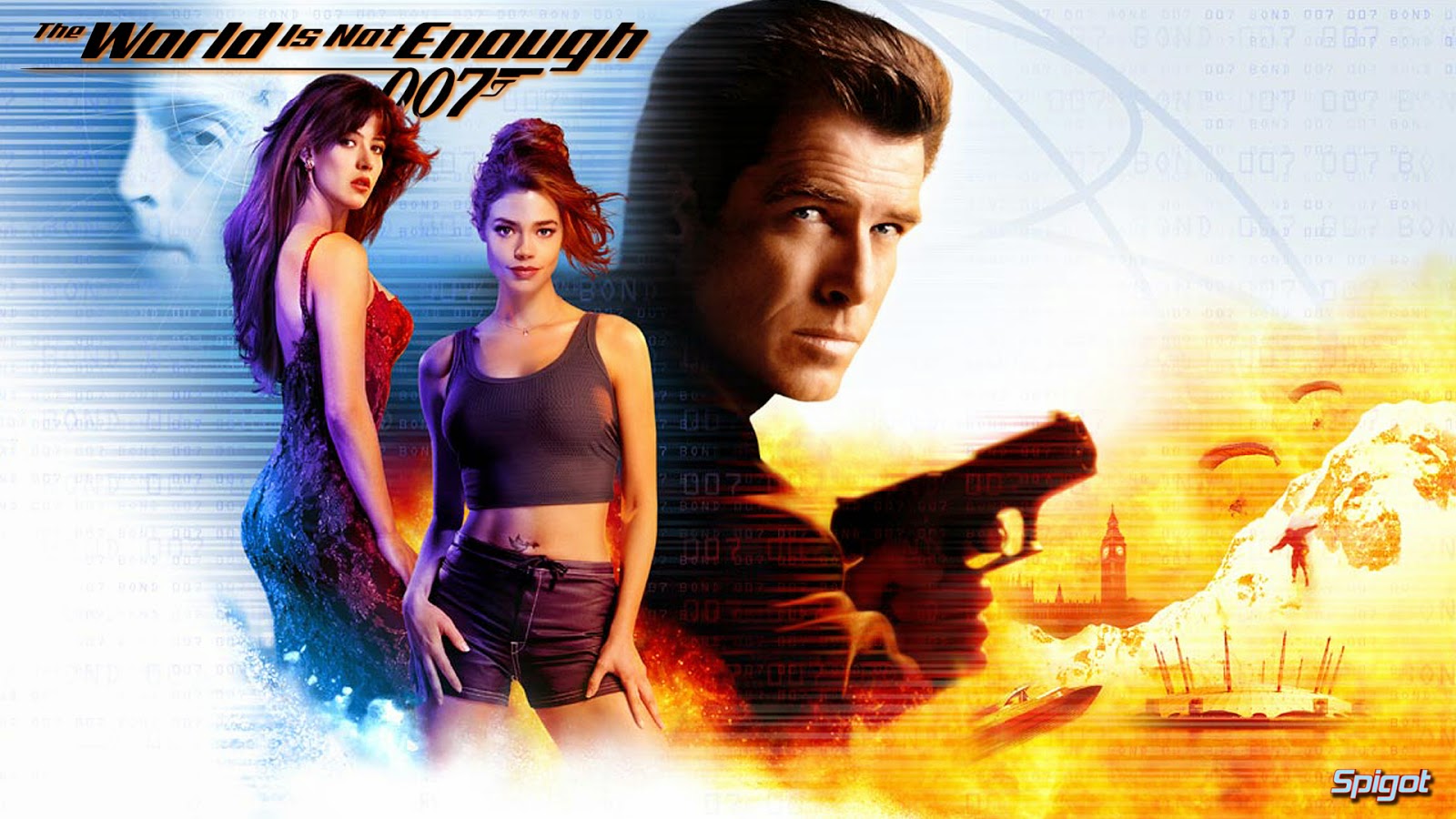 Strangely enough this is not so high on anyone else's list, but for me? Pierce Brosnan? Now this is my James Bond! I came across this many years later while searching for Sophie Marceau movies. There are still several scenes from it that I re-watch to inspire me when I write. I liked the casting, the story, the twist - back then I didn't have the ability to guess the whole plot after the first frame. I think the actors had natural chemistry, the action scenes were off the hook and Marceau as the villain? 10/10. I am being completely honest when I tell you that I have no idea why people don't like this movie. Have the not seen Die Another Day???!!! (Click on the title for the feature song 'The World Is Not Enough' by Garbage!) 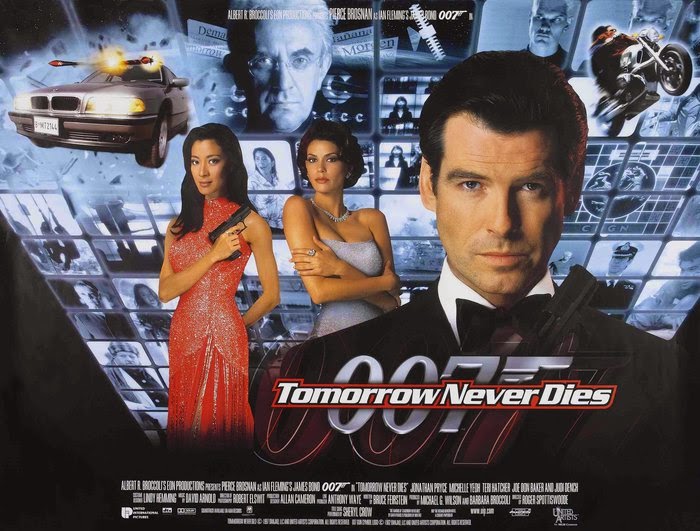 It was this movie that introduced me to this world in the first place. The mysterious agent who, really, is not mysterious at all as he loves to give his name to everyone. The dark gentleman who can woo any woman. Seriously, how does he do that? Is it the suit? It's the suit, isn't it? And the vodka martini... Say all you want, I don't care about who is paying for these movies now, there is no Bond without a fancy cocktail that clearly no man would drink today.
Tell me, have you ever noticed that there is no actual evil lady in this movie? The 90's Bond movies all have two women on the cover, out of which one conveniently turns out to be evil (I would here like to take the opportunity to tell Die Another Day to go f*** itself for making Rosamund Pike - the only likable character in that movie - the evil one! I hate you movie, I wish you didn't exist!!!). 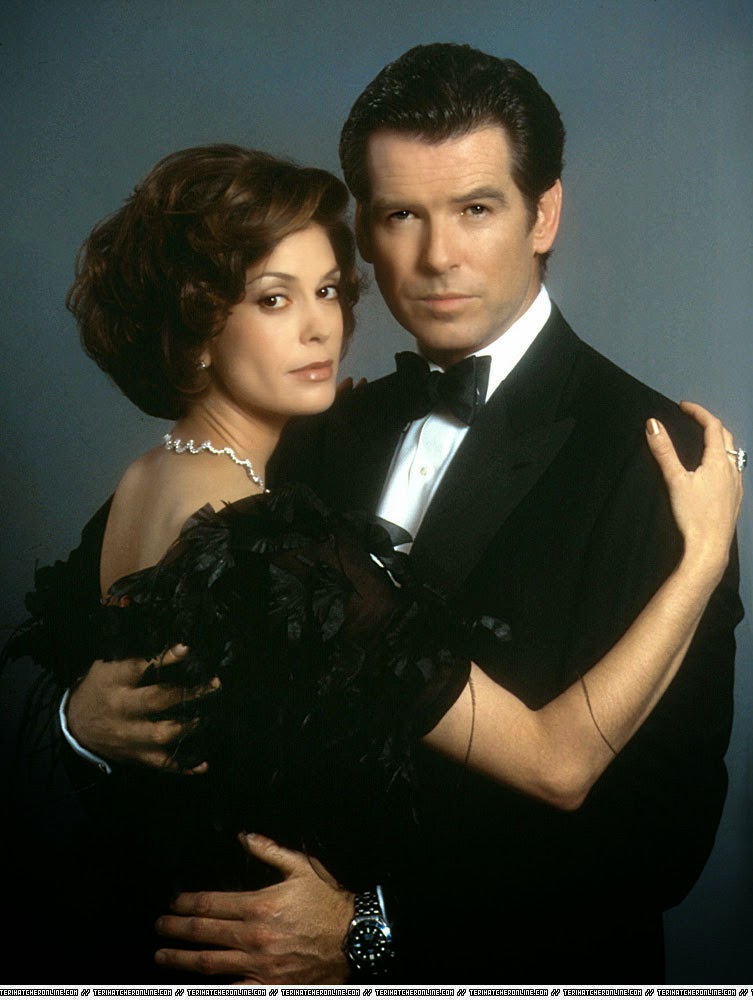 Either way, here we have a woman who very much loves Bond, actually, I think Teri Hatcher's character was the only one who truly loved James (I never called him that before. I hope he won't mind...). She unfortunately married the wrong guy, who in the end killed her. But she never betrayed our hero. Have you ever noticed that? I hated her death actually, I'm pretty sure I cried when I saw this movie.
I was also about seven years old, and I think it was this movie that made me understand how acting works. But I do remember being very shocked that Lois Lane was sleeping with James Bond. If you don't get that joke, you are way too young and I hate you.
Moving on, I loved this movie so much that it was the first film I ever bought on DVD! Unfortunately, it was mislabeled and I bought a copy that can only be viewed in Region 1 - which Europe is not... It took me quite some time to finally be able to re-watch it without those damn advertisements and with the original language! And it was just as awesome as I remembered and I cried, laughed, and at the end wanted to fight myself! This is the Bond I grew up on and this is the Bond that I love so dearly. 90's action movies are cheesy today, but they are so close to my heart that sometimes even I am surprised sometimes. Nonetheless, this is one of the best ones available out there! (Click on the title for the feature song 'Tomorrow Never Dies' by Sheryl Crow!)

Watch Bond movies? Sure, I don't really care :D this entry was more for me, then you really. Let's be honest, you are going to disagree and say something about how the originals are unbeatable or that Skyfall was awesome and I can tell you right now nobody cares. I sure don't. I like these. And the fact that we are not the same makes the world go round! Embrace that! Make your own list!
I like my Bond movies shaken, not stirred.