FRESH FROM THE THEATRE: Guardians Of The Galaxy

I can hardly say anything you don't already know, but for the sake of having covered almost every Marvel comic based adaptation, I think I have to write this review as well. A bit of spoilers coming up! (That is, if I can say anything new!)


Guardians Of The Galaxy

The human Peter Quill is all grown up, and having been abducted at a young age, he only knows the ways of the galaxy. He retrieves an orb that a lot of people are interested in, only to discover that it is and infinity stone. 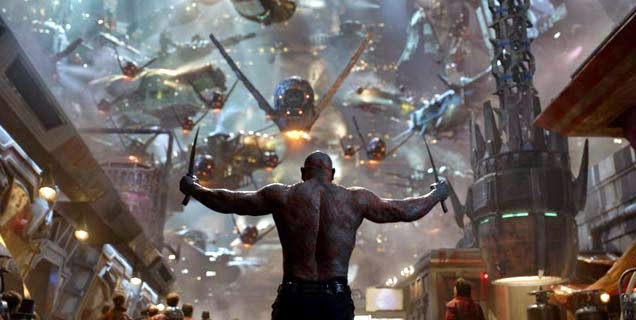 Meanwhile a man named Ronan - who grew up on strong religious believes that dictate superiority to his people - feels outraged by a peace treaty that was signed among his and the lesser ones. He wishes for the infinity stone to destroy his enemy planet. Quill, in possession of the orb, forms a group with the intent to stop Ronan: Gamora, adopted daughter of Thanos; Rocket and Groot, bounty hunters looking for a score and Drax the destroyer. The latter, really all of them lost someone due to Ronan's foolish war and they rather die to protect others, than let him run free and destroy everything. When he is stopped, Quill finds out that he is only half human and perhaps having been abducted at an early age wasn't a coincidence. 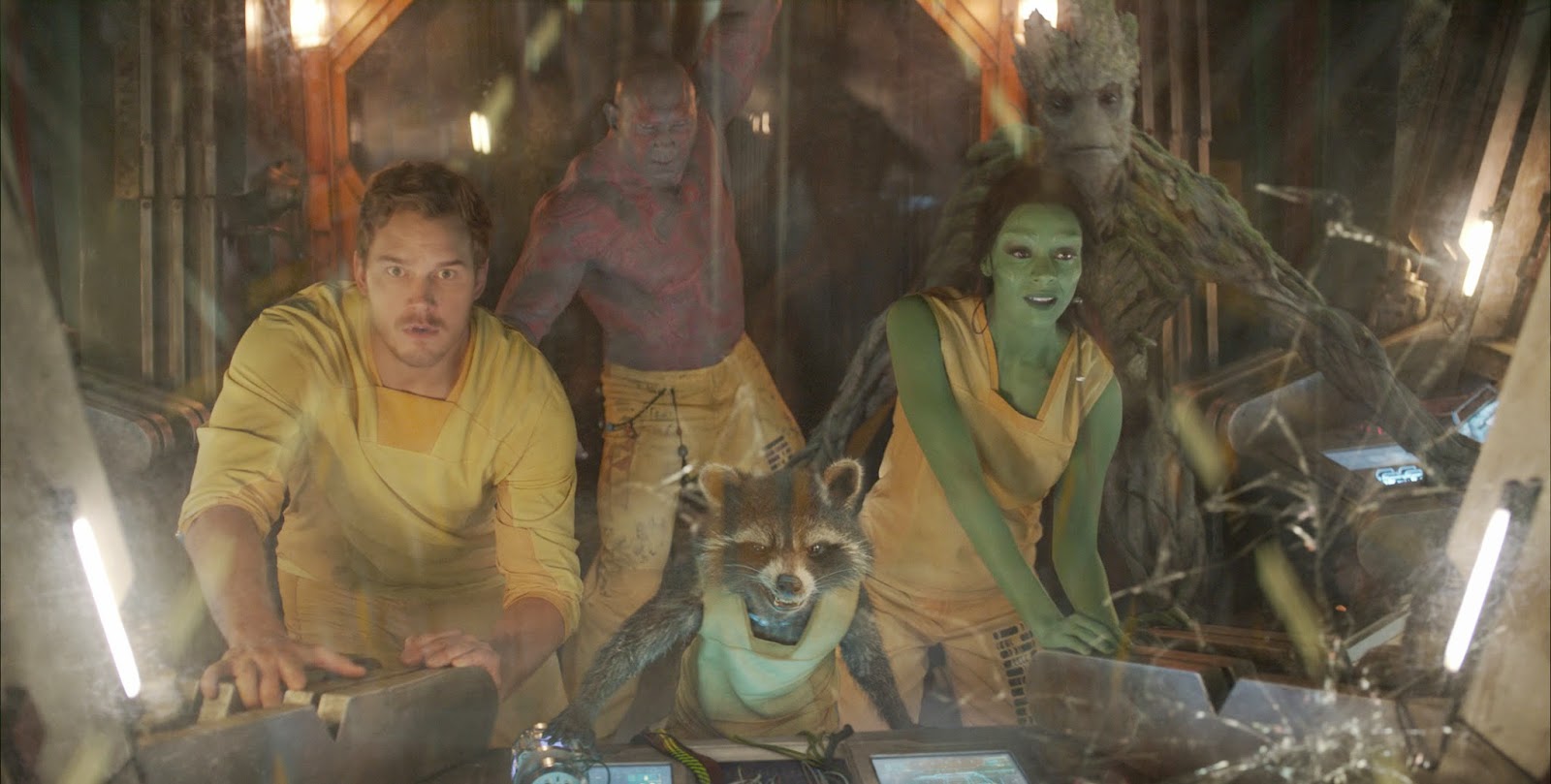 This was an absolute favorite for me. I loved every second of it. Without starting to drool over the awesomeness of it, let me just say that it stands out because it is an action movie, it has enough drama, enough laughs and it makes fun of itself without going overboard. You have what you need to lock this movie to the other Marvel movies, but it completely stand alone - something the others have had a problem with lately. Not to mention that it finally doesn't take place on Earth! I have come to a point where I hate our governments - and politics in general - so much that if an alien race wanted to invade I would gladly give myself over! I no longer enjoy movies where the heroes beat the evil aliens! Let them come! For some stupid reason they think we have something valuable down here! That is some kind of optimism I have missed out on for a long time! What I also enjoyed, getting back to the movie, is that they managed to include the origin story of five different characters, and three villains, without making it boring. You don't need an individual movie for all of them and you don't need more exposition, just a couple of words and that is exactly what we have here! 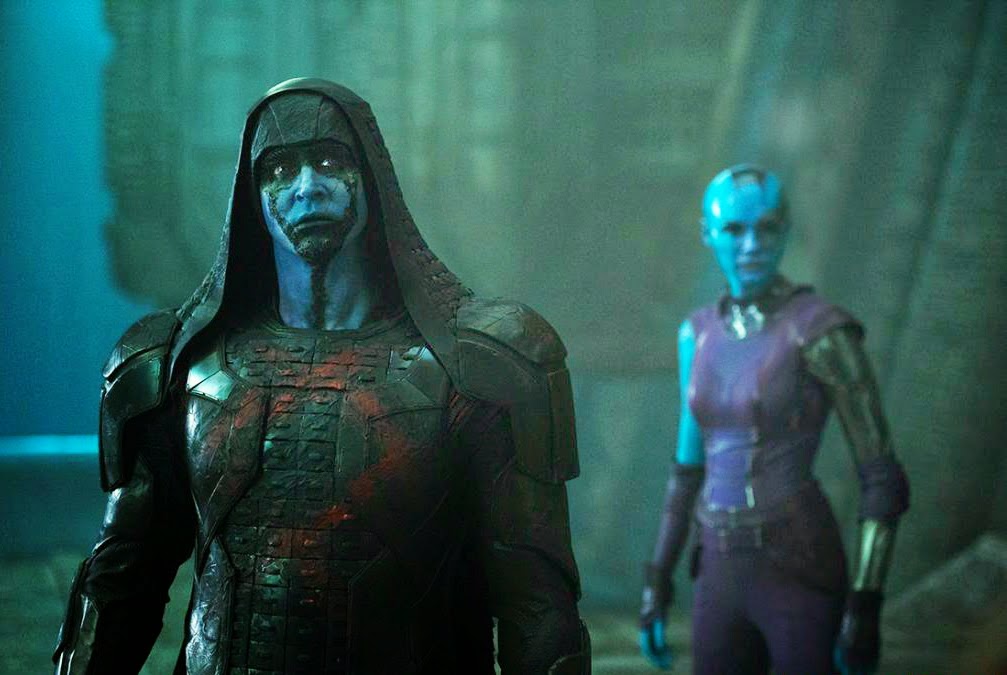 I do, however, have one regret, something quite meaningless to some, but I was bothered by Ronan's outfit. First of all, the actual comic version resembles a Dr Doom in a Pharaoh uniform - which is fine, I think this version was better in comparison - however, Ronan was always in dark locations and for the exception of the last scene we could barely see his make up which was AWESOME!!! I loved everyone's make up, truly amazing work, I sure hope somebody gets an award in that department! I especially liked Karen Gillan's, who looked like a marble doll - I applaud you make up department! And so I hated that I barely got to see any of it while Lee Pace (who could actually play Tom Hiddleston's brother, but I'll pretend not to have noticed...) was an exceptional Ronan and the whole blue body was surprisingly very cool to watch! I wanted more and I fear to have missed out...

I would also like to point out that I have been following Chris Pratt's work since he appeared on The O.C (almost 10 years ago) so all of you who are only tuning in on his career now - you don't know what you missed!

That having been said, no, I have absolutely nothing bad to say about this movie and it is not just the cinema magic. I read other reviews, read comments and even if some people complained, I couldn't care less. I liked that it was different and I liked how it was still true to the original. As I said, the puzzle piece fits perfectly in the Marvel cinematic universe that they created and it works alone as well. I can't wait for the fan 'easter egg' list of this movie!

If you haven't seen it yet, catch it on the big screen!