Yes, this is a trick, I am also going to include a review of your movie, as well as a short - but very to the point - love letter... On this, the last official day of summer (at least in my book) I wanted to write about something that I wanted to get off my chest for over a year now! Please Mr Wain, take a minute to read as I don't often write open letters, but when I do, I hope it reaches it destination! I have also carefully googled and chose this picture as this is how I see you every time I think of you!

That having been said, let me begin my letter by adding that I am a sucker for good comedy and when I keep seeing toilet humor everywhere, I start to wonder: What kind of pudding brain idiots live in the states that they enjoy this? I get that toilet humor is universal and so you can sell the movies, I just don't understand how could anyone enjoy that? And then last summer my sister got her hands on a copy of Wet Hot American Summer and we decided to watch it. 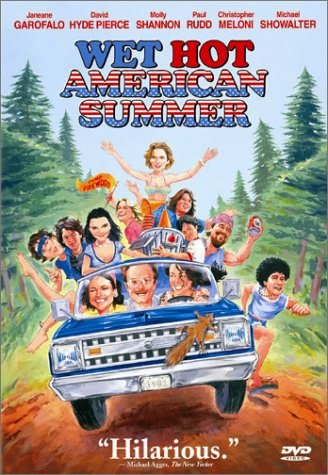 It was the weirdest thing and yet the funniest movie I had ever seen. I quickly started forcing my friends to see it, and they all just laughed their asses off and couldn't withstand the awesomeness of this movie. To those who don't know, the story - set in 1981 - is about the last 24 hours of a camp where the counselors try to conclude all of their unfinished business. The cast includes such greats as Janeane Garofalo, David Hyde Pierce, Paul Rudd, Amy Poehler, Bradley Cooper, Molly Shannon, Ken Marino, Elizabeth Banks and Christopher Meloni. Basically everyone you now know and love! And also everyone you can encounter on most of Wain's set, but I would gladly cast these people over and over because they are literally the best!
Their troubles include, uhm, getting laid. Like for all of them. But each of them go about it completely differently and the movie makes fun of every 80's cliche and it makes fun of comedies today. It even makes fun of itself at times and the ending is: Perfect. It's dumb and it doesn't forget that it is just a dumb comedy! Which is a problem I have encountered a lot lately: Movies start off funny and then they forget they were supposed to be funny and just fall flat from the second half on. 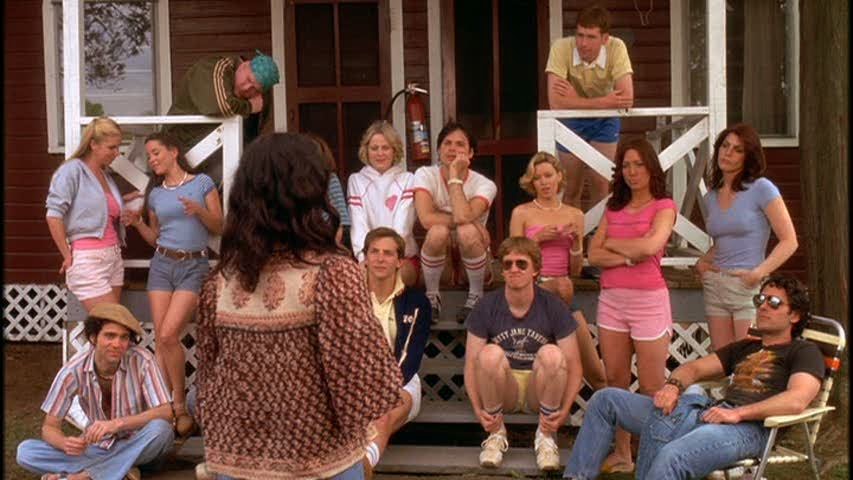 When I decided to write this letter, it was because my sister showed me a WTF Podcast, where Marc Maron talked to you, Mr Wain and when he said that they movie wasn't a hit when it first came out I grew angry. The fact that it still (at the time of the podcast at least) didn't make a profit simply outraged me. How can someone not appreciate this kind of great humor? I mean, I don't think you need to be sophisticated to understand what cliches they are trying to make fun off!
When I saw the trailer for They Came Together it was like two minutes of ecstasy! Maybe people finally grew up to appreciate this kind of humor and maybe we'll see more of it soon - at least I hope! Either way, you have a fan in me. And if you, reader, haven't been to an American camp lately where you could watch this movie as one of the counselors (my friend did, so I am hoping that is a thing everywhere!), then get your hands on it as soon as you can! I also love that there is a little cult around it and a huge number of fans have grown to love it - this to me proves that perhaps it was ahead of its time in some ways. Either way, I know it was your first movie and I wanted to say that despite the budget, you have a real success on your hands! 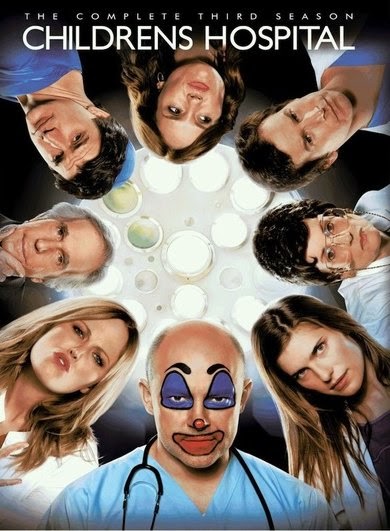 I know that you co-wrote this movie with Michael Showalter (my gratitude to you as well sir!); but I will now turn to something else that I merit to you alone, that is why the letter is only addressed to you. I want to talk about Childrens Hospital. I just cannot comprehend how can all of the episodes be equally funny and be such a good satire of all TV shows and not just medical dramas. I know that a lot of people work on this show, I hope nobody will be offended if I don't start naming every single one of them now :D But I kept looking up the writers per episode and you always appear next to my favorites. If that wasn't enough, yours is my favorite recurring character! I just start to giggle nonstop every time Ken Marino's character utters the words "Jewy McJew Jew!", I mean seriously, who can come up with this name? I love it! I am dying to see the new season of this crazy hospital, hoping your character will return in one of the episodes!

Please Mr Wain, keep up the good work! You might not know it, but the real good stuff reaches everyone - even a random girl and her sister in Hungary! And as long as you are behind the script I have something to look forward to, as in other than senseless toilet humor. (If in any case somebody wishes to point out a couple of disgusting jokes in your works - know that I don't care! It is minimal next to the golden stuff!) So to all of those who don't recognize the genius that is in these works, it is their loss and I have only this to say: