I generally don't watch Mel Gibson movies since, you know, he went insane. I did like him a lot in the 90's though. He was one of my sister's favorites. (I am also excited for the new Expendables movie!!!) And when this movie came out I just looked at the movie poster and the title and I just went "You gotta be f*cking with me.", so then I checked out what the premise of the story was and then I was almost certain that somebody just wants to mess with me. This cannot be an actual movie. But it is and well Jennifer Lawrence is in it so logical conclusion is that I had to watch it. And so I did. So let as now see what this puppet is really all about: 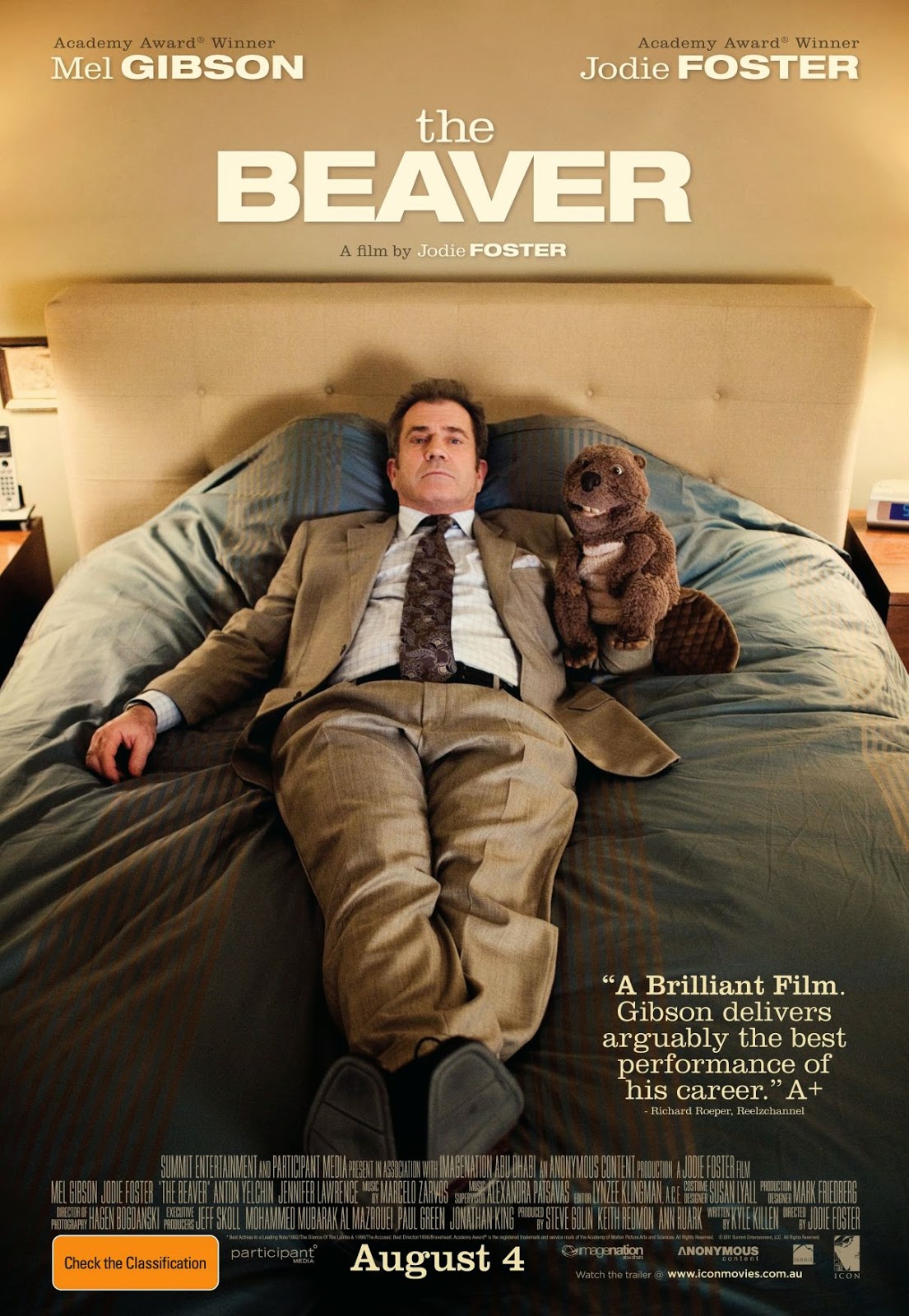 Our story starts with Walter, the father of two boys who has completely lost his connection with reality. He is failing at his job and he is losing his family. What is worse, is that he doesn't seem to care about it either. One night, however, he finds a beaver puppet and he uses it to express his emotions and feelings. He gets back his life, his work becomes profitable again, everything seems to get back into place, but his wife has had enough of the puppet. Unfortunately, Walter doesn't seem to be able to function without it. So much so that the beaver starts to talk to him, as if it really was another being. Walter desperate to get on with his life decides to cut off his own hand and the beaver with it. His eldest son finds him and he is rushed to the hospital on time, where under the appropriate care he gets a chance to get back to his life and reconnect with reality. I liked this movie, although I am not 100% sure I got what it was about... In the end really we never said out loud what Walter was suffering from and that really bothered me. His son clearly had issues and as we know, plenty diseases can be genetic. The fact that he got so bad that he cut off his own hand? They should make sure that does not happen to his children! Other than that, denial. The movie for me personally was about denial. About how if we can see the good side of things, the bad goes under the radar. But ultimately it cannot be avoided: Some problems don't go away because you ignore them. And that is another point to be made. With the fact that we don't say out loud what actually happened, the viewer is given free interpretation. By that I mean that you can choose to view it from the point of the wife, Meredith: She loves her husband so much that she is willing to accept this foolishness just to have him back in her life. You can view it from the eldest son's view, Porter: His father has been a failure to him ever since he started to see how others are. By that I mean that his little brother Henry doesn't know any better, he doesn't have anything to compare his father to, he just wants his dad a funny puppet is fine by him. But Porter knows people, he has seen happier families, and he has seen his mom happier. He actually sees in himself his father's mistakes and that ruins him. 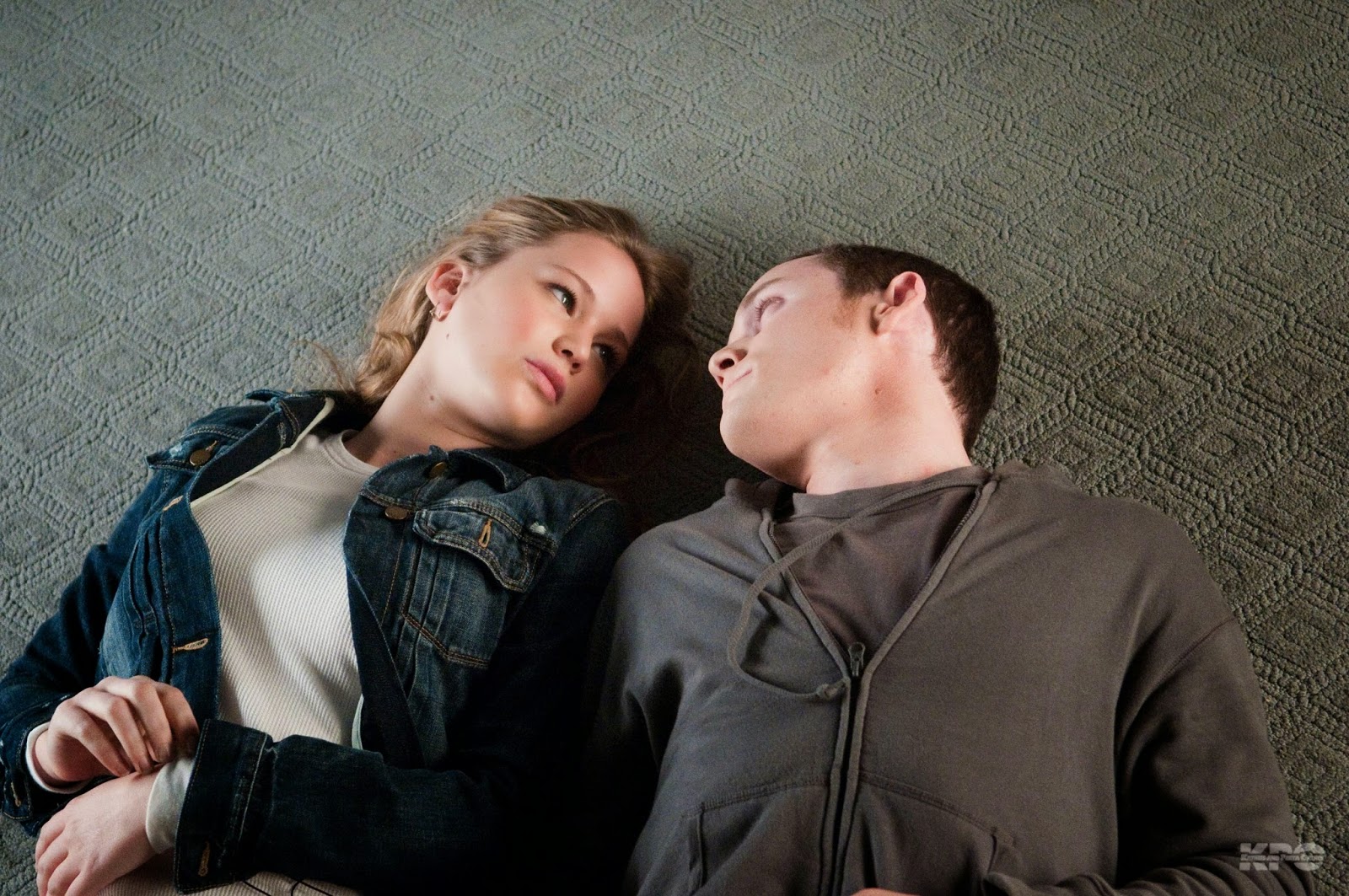 Ultimately making Porter find his father on the floor in the garage with his hand cut off evoked feelings in him that he thought were long gone. And that's another thing: Porter's story was a lot more touching because we knew about the father's issues. Seeing his father's lack of people skills, he tries to work on his own. He does this with a girl he really liked in school, but messes up simply by not being able to see the clear boundaries. The girl of course sees him for the nice - somewhat lost - boy that he really is, but that is because she took the time. Otherwise it would've all been for nothing.

To sum up, it was a great movie. A bit ridiculous at times, but what in life isn't, really? It was very powerful toward the end, and as I said: Free interpretation. From this point of view it was a bit like a book. The characters were nicely introduced, everyone had a story arc from beginning to the end and there was depth to every character. Yes, some answers weren't given, but I can live with that. I know he is a total a**hole, but yeah, this was an excellent performance from Mel Gibson. Probably the best one I've seen since Maverick (in which his love interest was Jodie Foster! What do you know?)

Watch it? Yes, I recommend it, but think of it as a serious movie. It will hit you in unexpected ways. To end let me quote Ricky Gervais' speech from the Golden Globe awards: "Jodie Foster made a movie about her beaver."