"Your Life Won't Pass By" Behind The Scenes

As you know I have tried and sometimes even succeeded in directing music videos. These usually pop into my head the minute I go to bed from exhaustion from being awake for over 30 hours... nonetheless, when they do pop in, I gotta get up and write them down or they will be gone. For this script that song was by my favorite artists Tiziano Ferro. I grew up with his music and this song in particular has a very special place in my heart. The story itself was inspired by the lyrics - which at this moment I realize nobody knows, because my friends don't speak Italian. For that reason I wanted to install English subtitles, but then I kept getting feedback: People really like this video. The story speaks for itself, even though it is accompanied by the lyrics. So, I will still think about that subtitle a bit more over the passing weekend. 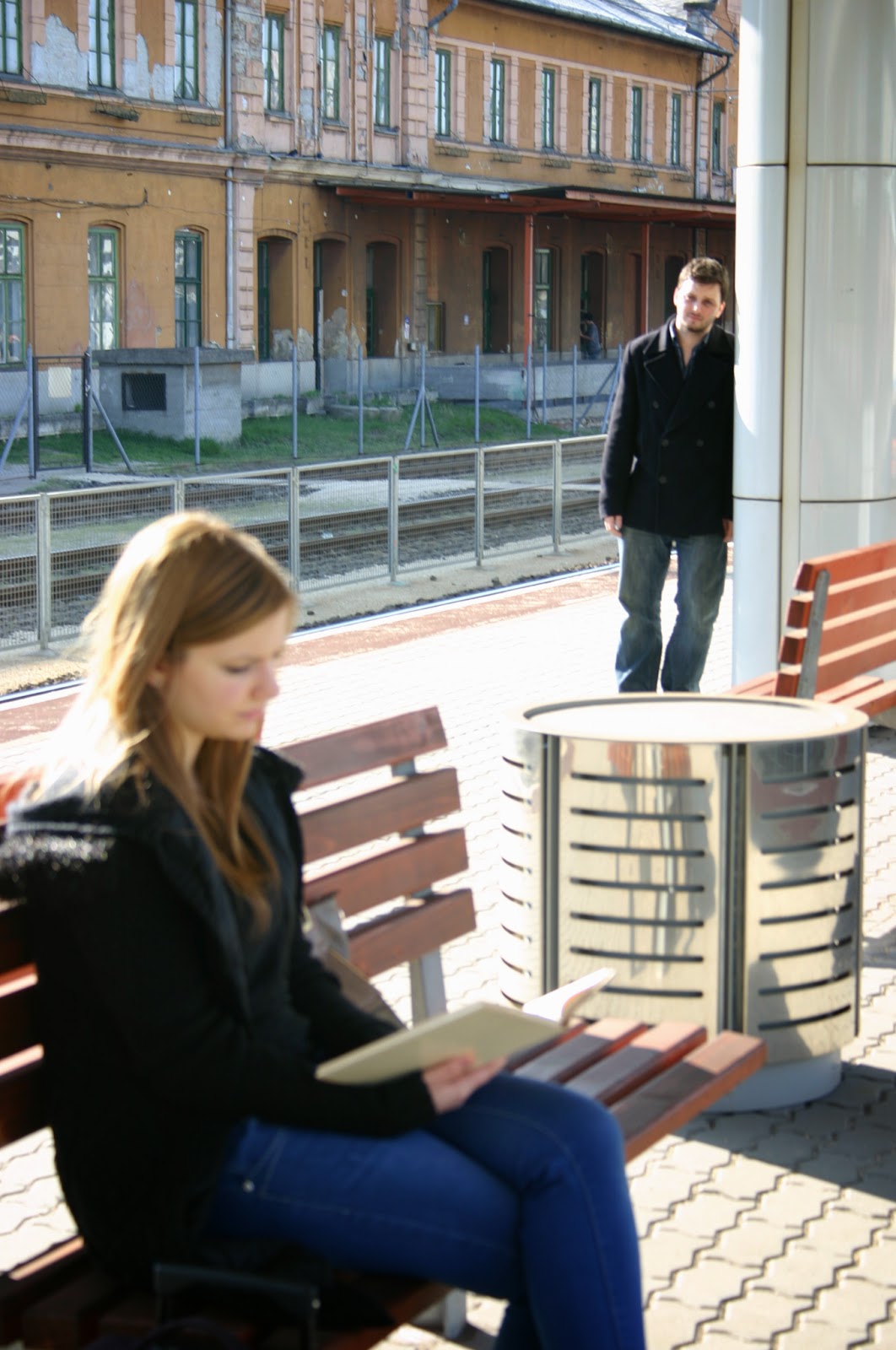 Either way, the script was actually born last October and the filming had to be delayed for various reasons. The first was that my dear director of photography Zsombor just wouldn't read the damn script! He actually got around to it only in January, at which point I was already giving up. I don't know that many boys who actually care or wish to do acting. For that again I had to turn to my director of photography, who again had better things to do. He knows a lot more people than I do. So what I could do in the meanwhile was cast the girl. Now that didn't go as smoothly either...
Although they never admitted it, biggest problem was the scene in the bed. That is something I refused to change, until I was really desperate, but then luck stroke: I showed it to my friend Eszter from the University, and not only did she wish to play in it, but she didn't mind anything in it. I'm not going to hold this against the others, mostly because they all knew I wanted to put it online. And I didn't even mind that they said no - because that actually played out in my favor in the end -, I just really wanted somebody to play the role!
So I was saved on one part. What next? Well, still only people not directly involved in the project knew what the script was about. That was the moment when - at around 1 AM - I just forced it down the throat of my dearest Zsombor and immediately he was on board. I knew he would be that is why I was so frustrated that it took us so long! As for the main actor... 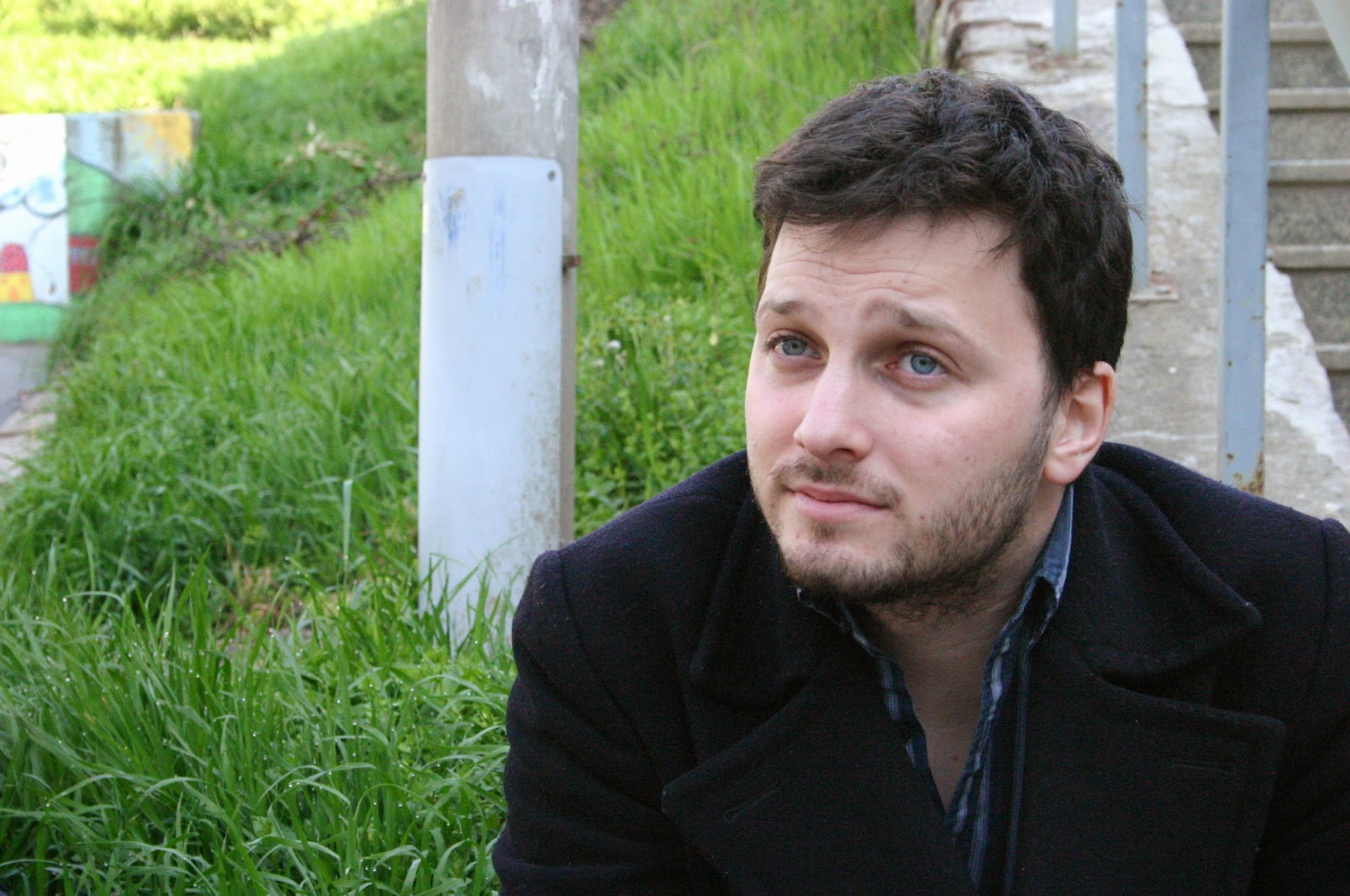 Now, I am going to admit honestly that I wanted him to play this role. You need to know that Bence is probably one of the most skilled young actors in all of Hungary - he is also very busy. We did look around, because I feared that we would be turned down, so I didn't immediately call him. But when I did, we found out that he actually has some free time coming up and a date for shooting was finally set! My main characters hit it off immediately, I didn't have to worry about on screen chemistry and after Nóra was happy to help out during the shoot we were set to go!

Of course, it wasn't nearly as easy as it sounds. We woke up quite early - me personally at 4.30 AM - and the sun doesn't stay in the same spot unfortunately... And we were obviously filming in a private area, yet the patrol men walking around were more interested in kicking out the homeless than us (fortunately). So we went on and we wrapped up our scenes outside in four hours. There were a couple of tricky shots, seeing that the trains were a main component and we had to wait in the end and had about one shot to shoot them correctly. Now, here is where I know I was blessed with working with professionals: these were the easiest shots we had to do all day! 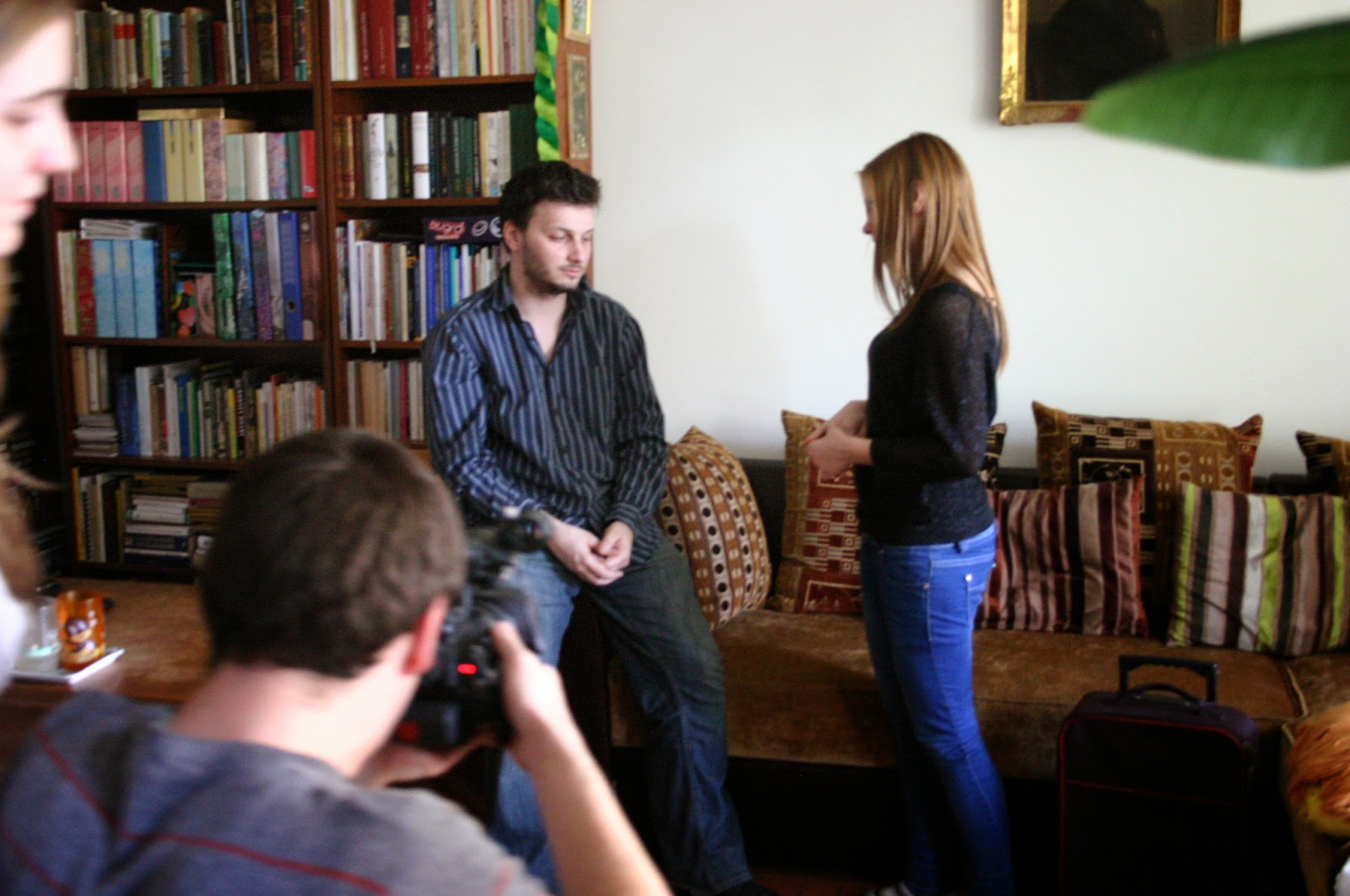 Then came the dream/flashback scenes. Here I just died a little inside. The bed scene was a horrible experience for me. The others kept joking and calling it a sex scene, which I admit actually helped in relieving tension. This, however, bothered me a bit because I wanted to show something other than sexual. I wanted it to be intimate. I don't know if you ever had experience filming, but it is completely different to see it in your head, then see it on paper and then actually witness it and finally seeing it on screen. It is a mesmerizing experience, I however finally knew where the inspiration within me came from and I was shocked. They did an outstanding job in interpreting the script and they hit it out of the park. I have witnessed this before, because I have directed other music videos, but we never really had this sort of strict script and that really added to the experience for me as well. I cannot deny it, I really love doing this. And having a script in front of me, editing was literally a piece of cake. 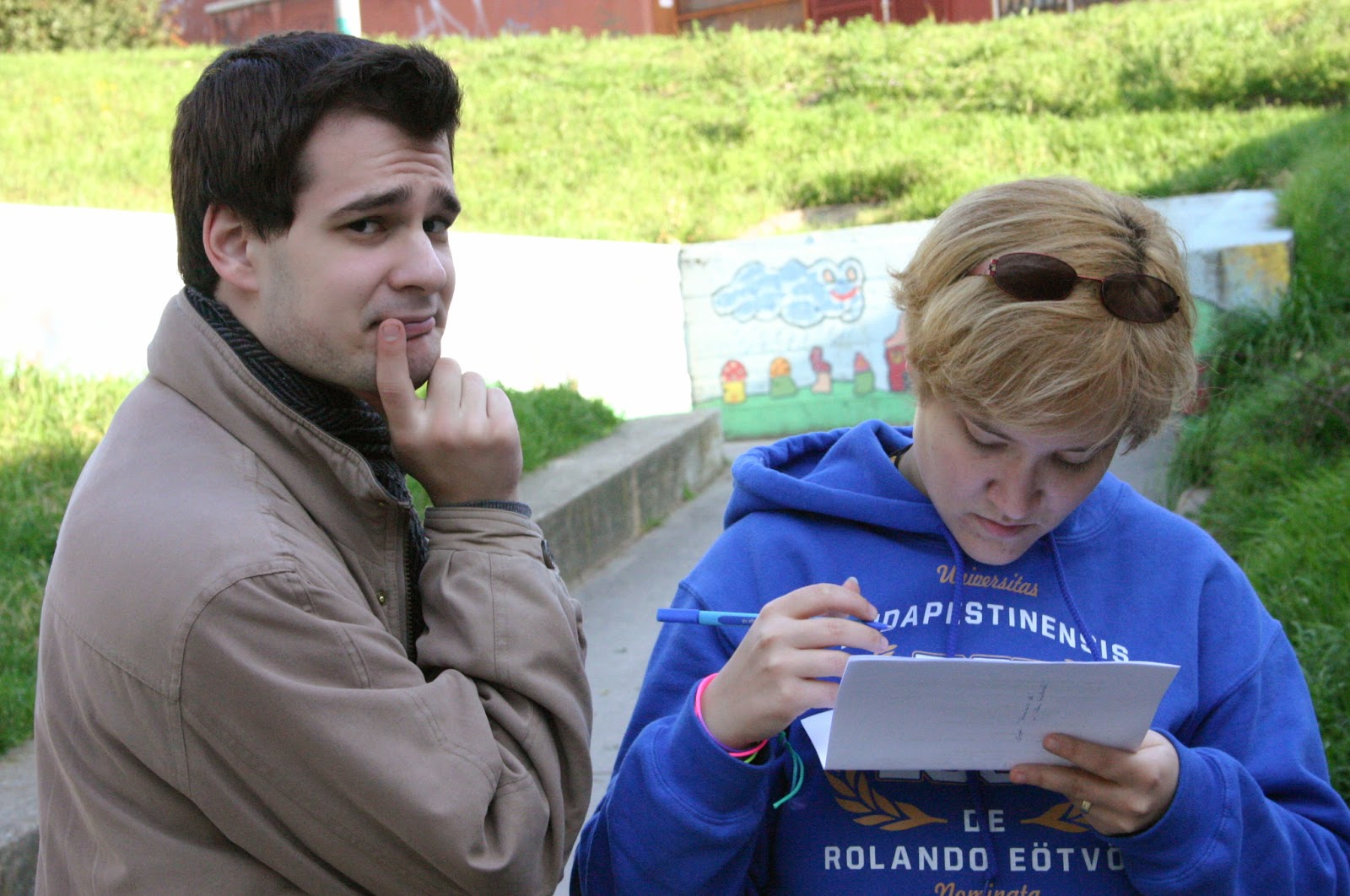 The second hard scene was when they fought. They really went at it! We have a total of 6 minutes of footage of them channeling their inner Italian and just going at it until their lungs expired! I was actually afraid that the neighbor might call the police, because the arguments they touched usually lead to more than a heated debate among couples... Zsombor too was terrified of them: They were really convincing. But I knew that even if the viewer couldn't hear them, they could still tell whether or not they were really fighting. And not having to deal with the police later on, I am really glad that they went all out. This then finally helped with our last scene (when she packs up and gives him the ring): They really hated each other at that point!
I was again very lucky as I got my hands on two actors who really did do everything I asked them to. Fundamentally it was this that really gave life to my vision and I am very proud of what we achieved. Not sure how others will receive it, but when I showed it to my sister, tears filled up her eyes, she was so moved. If I can get her, then I am sure others will like it too! And when I showed it to my brother he said: "I have one question. It's very important! Why do you want to be a teacher again?"

Having had two actors who were not involved in the previous projects I decided to proclaim this the end of a trilogy. (The first two can be seen by clicking on the pictures below!) You see, this is fun, but essentially if I can I'd like to do something else. This romantic style seems to be something I could be good at, so I want to try out other areas before perfecting it. I don't want to be stuck here without ever trying out other genres or other areas. I love to write, scripts are what my life really is! Directing is fun, but I still have a lot to learn and I would like to do that.

The first video was a stop-motion where the lyrics paved the way for the story. The second was an instrumental song that accompanied a story and the third was a story that is complete without the music. Three videos, three couples, three separate stories. I am very proud of what we achieved so far and I am very thankful to my friends for that!