What's The Next Item On My List? American Hustle

The first trailer for this was awful. Then I realized that it would be a perfect crime story, for which you all know I am a sucker for, so I couldn't wait to see: 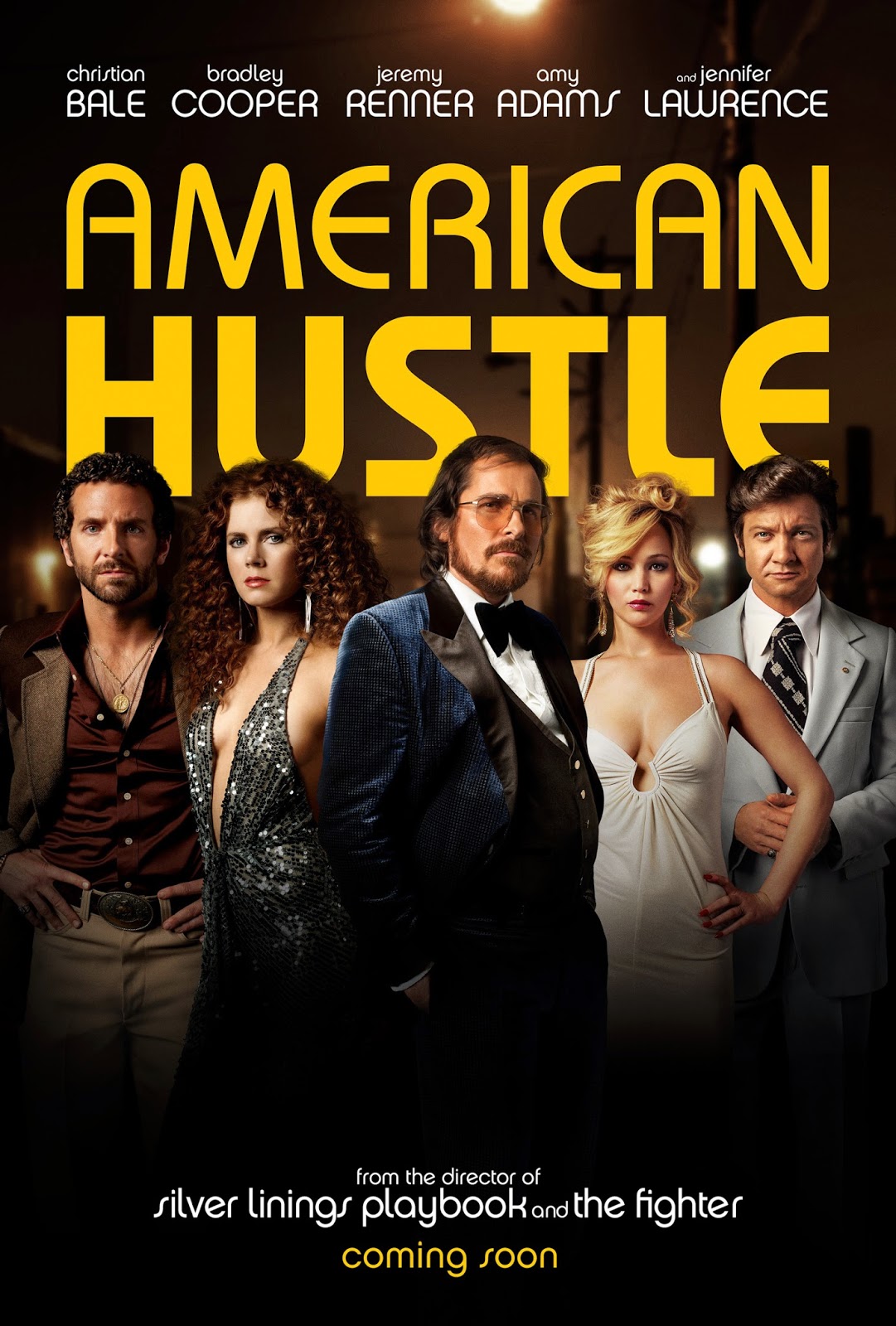 Irving is a small conman, who one afternoon meets Sydney, a young woman who decided to make something of the nothing she had. The two become partners, fall in love, rip off others and have a great time. 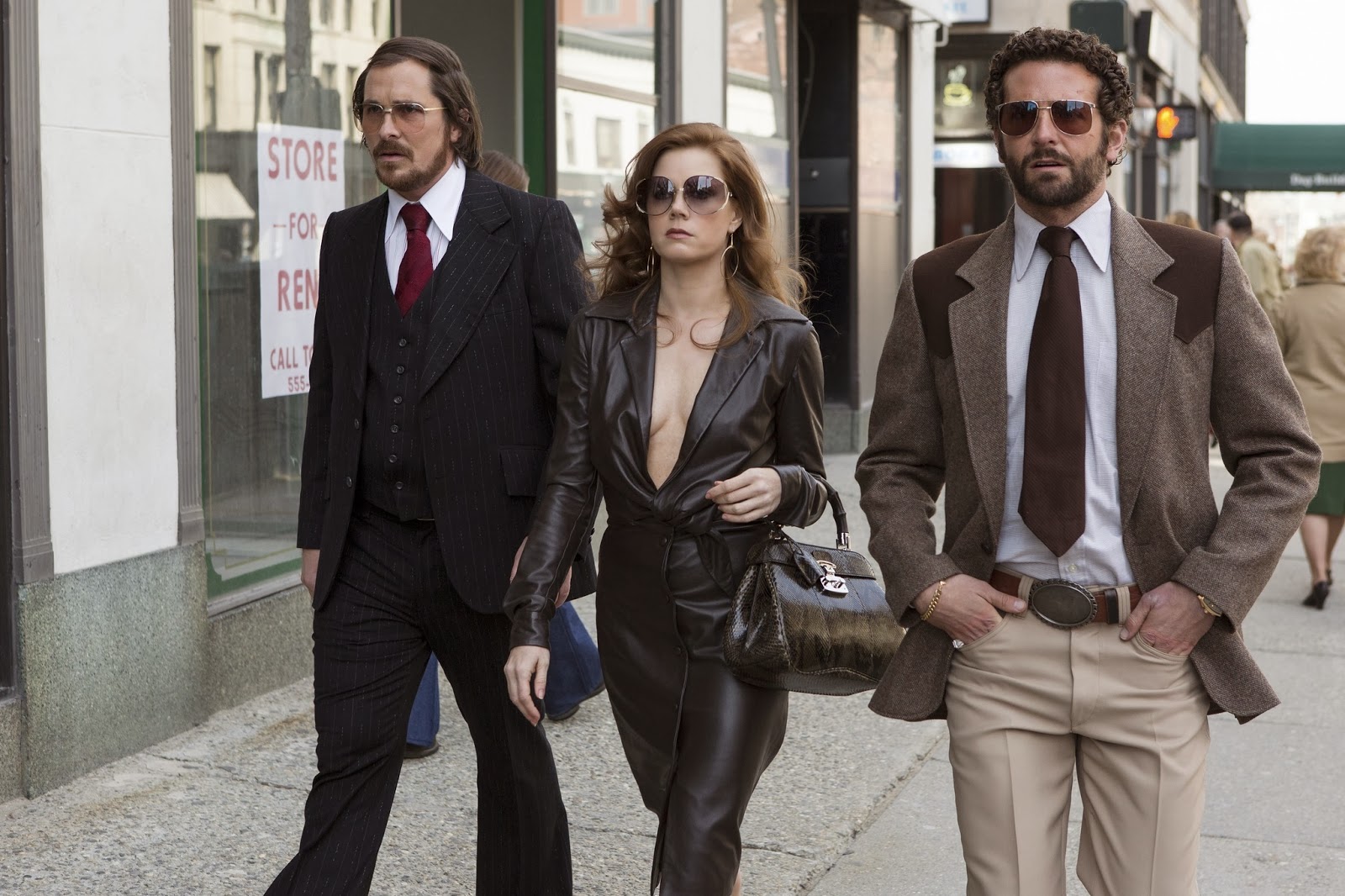 Unfortunately one day an FBI agent by the name of Richie DiMaso stumbles upon them and uses them to catch a bigger fish. Unfortunately these leads in way too deep and Irving gets scared, both for Sydney, but also for his wife Rosalyn and son at home. DiMaso, incapable of understanding how he may put them into harms way by being too eager, in the end gets conned as well. Irving and Sydney find a way to get out of it unharmed, without causing too much attention and with a clean slate, able to start a life together without the hustle of having to watch their backs all the time.

First of all, let me say two things: Most of my friends didn't like this movie. I'll be honest with you, it didn't catch my attention at first either. Then I watched it again, payed more attention, had lower expectations and it was then that they hit it out of the park for me! Second, you all know that I love Jennifer Lawrence, and I loved her performance, but I think that the media blew this role a bit out of proportion. I agree that it was great, but she is a great actress! And why wouldn't it be, this is her job :D And she had a great cast around her as well! 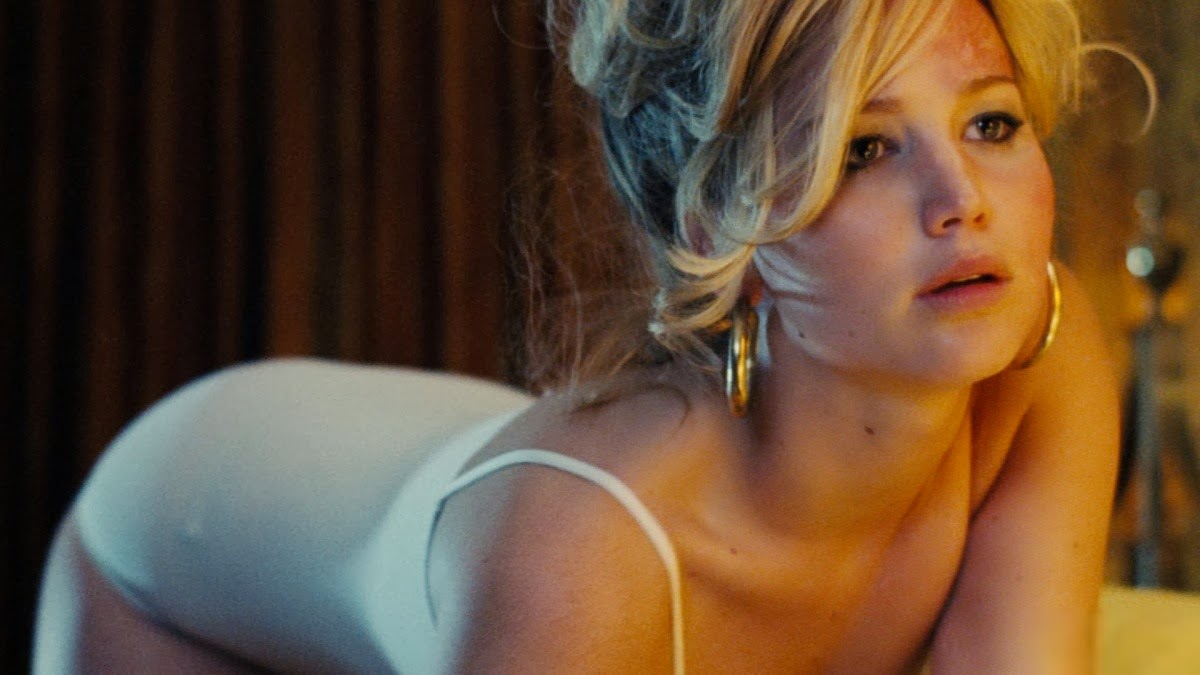 All the Oscar nominations were dead on, because you can ask any of my friends, nobody dislikes Christian Bale as much as I do! I just do not care for him and here he blew me away. He made me forget I was watching him, and the same goes of course for Amy Adams. She is her generation's Meryl Streep and that Oscar is way overdue! Trust me on that! Not to mention that for the past 10 years, every movie where an American did a British accent it was called stupid and fake. Not here! Here you have somebody, who does such a genuine accent that there wasn't one single article about her not being good. I didn't even know her character did a British accent! But out of the many it was Bradley Cooper - whom I loved ever since I first saw him on Alias - the one who just... wow man, this character? Try telling me he is not a great actor! I laughed, I cried, yelled, damn he was good! I could watch his stupid character for hours and hours! I'm really sorry he didn't win for his performance. 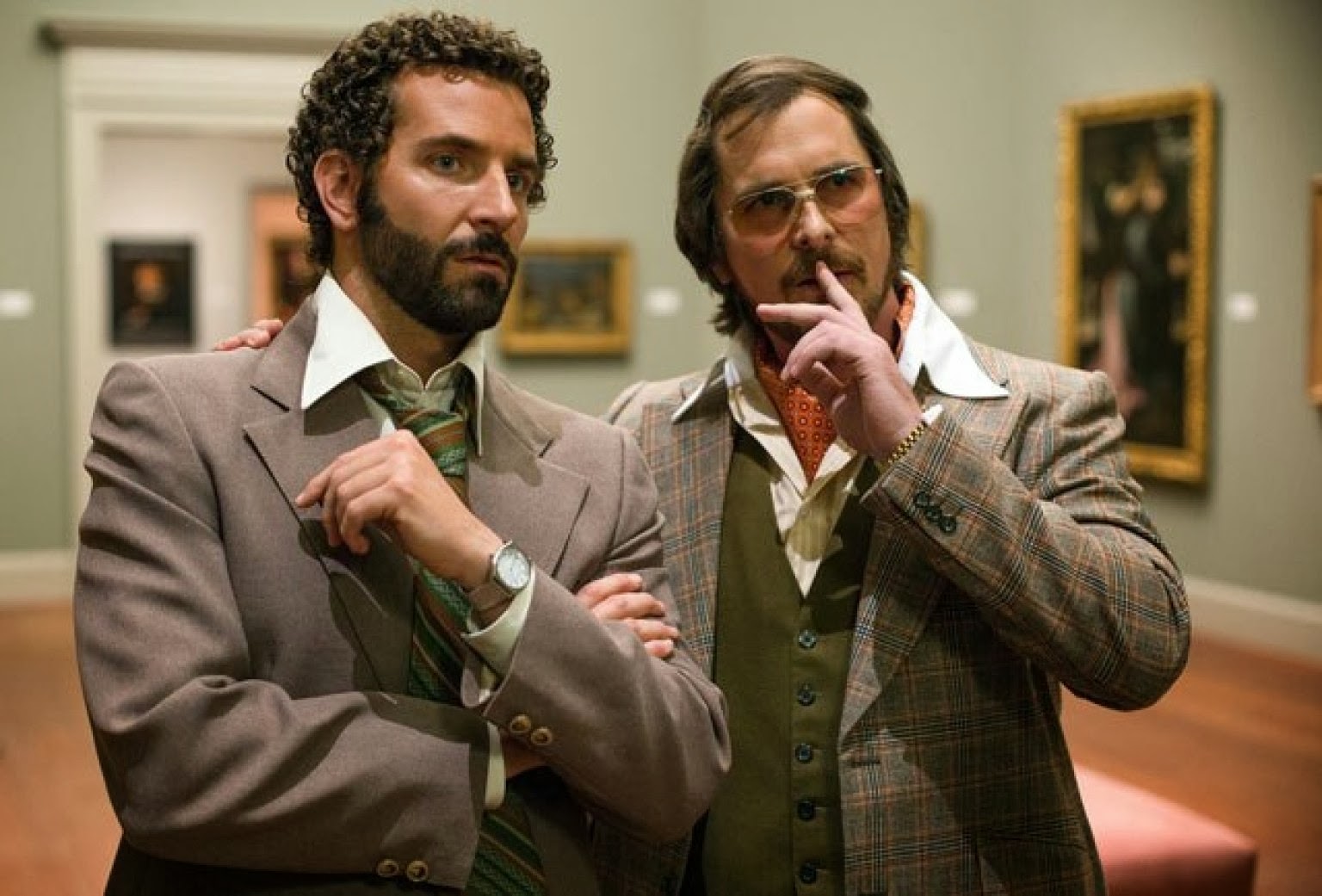 That said, let us get a little bit more into the story. To begin with, you see who is who and where they stand. You can also see the journey they go through and how they get from one to ten. DiMaso is too eager - although his intentions are pure, he manages to break a good person without ever getting close to the real bad guys. Irving has his priorities straight and uses his brain. We see that he isn't a conman because he is evil, he is simply trying to make a living and hurting others destroys him. Sydney is unsure of what she is doing with her life, as perhaps there is more out there. And there is, but she finds that with Irving. Rosalyn is the typical blonde woman and she gets what comes to her simply by being herself. Nothing wrong with that. 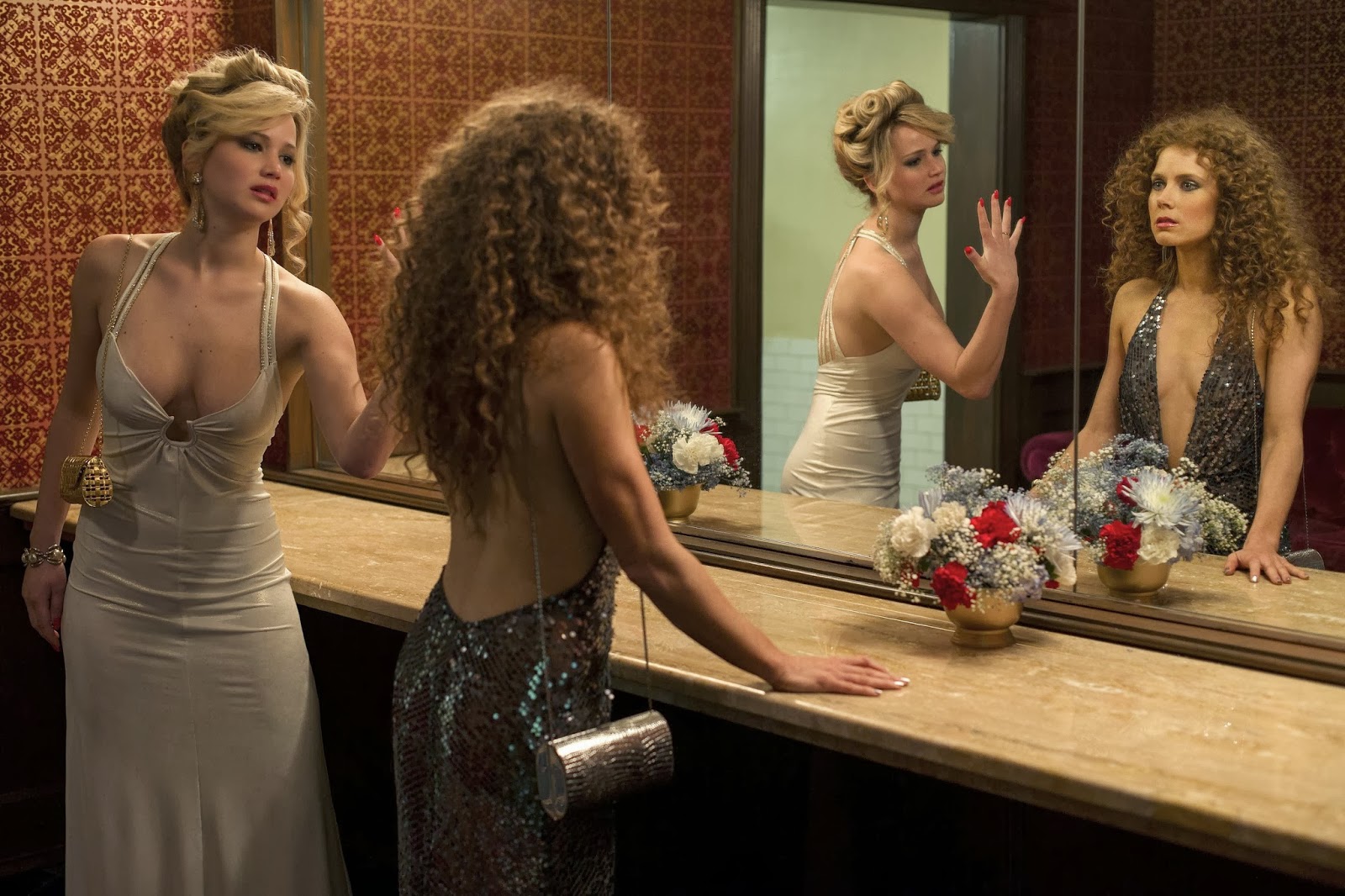 And the twist? Oh, my god! The minute I realized what they had done... I bowed my head. Genius, truly, because if you really paid attention you can catch it, but I wasn't alert enough and it just made me smile that they conned me as well! You really have to feel bad for that poor Agent DiMaso...
I was hesitant, but the chemistry among the actors and the editing made the flow of the movie just perfect. The first half is a bit slower, I will admit that in the beginning that was the reason why I had trouble with it. Also there was a key element, a sort of narration used by the characters, which was a nice touch, but it only occurred here and there. There was a nice frame to it, as it appeared in the beginning and then they closed with it as well. But still, bit too much. Also, another thing that really bothered me was a point when Irving got a gun and it lead to simply nowhere. You don't do that! No gun appears without a reason, that is Drama 101! No need for it! 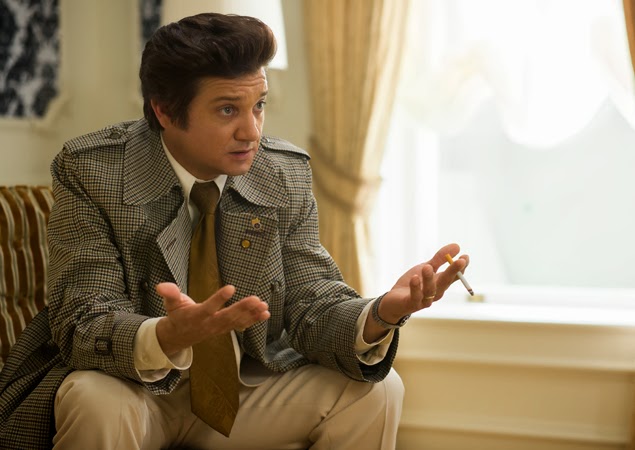 And you may say that David O. Russell hires the same actors, but so what? They are good actors! Think of Tim Burton - you think I care that he casts the same two people in everything? No, I don't give a shit, because they are talented and they sell me their new characters every single freakin' time! Same here! Talent and chemistry and it works. And there is always somebody new, who surprises me with their performance and let me say that Jeremy Renner got me glued to the screen! More dramatic roles to Mr. Renner please! Screw those stupid action movies!

So overall yes, I was very pleased with this movie. Also, perhaps there was a bit too much hype around it, I won't deny that. But the Academy usually isn't very open to these kind of movies, so perhaps these will be front runners to allow a new kind of wave to be considered as outstanding - not just movies based on real events or the ones where you are supposed to cry your eyes out! I think you should watch it, make your mind up on your own, and if you don't like it? Hey, you never know!