What's Next On My List? Seeking A Friend For The End Of The World

HAPPY VALENTINE'S DAY! ❤
Well, here's a special for you all. Although very sad, this was a great movie. And to be honest with you, I wasn't in the mood for anything more promising or more romantic this year - sorry about that. Either way, let's dig into:


Seeking a Friend For The End Of The World 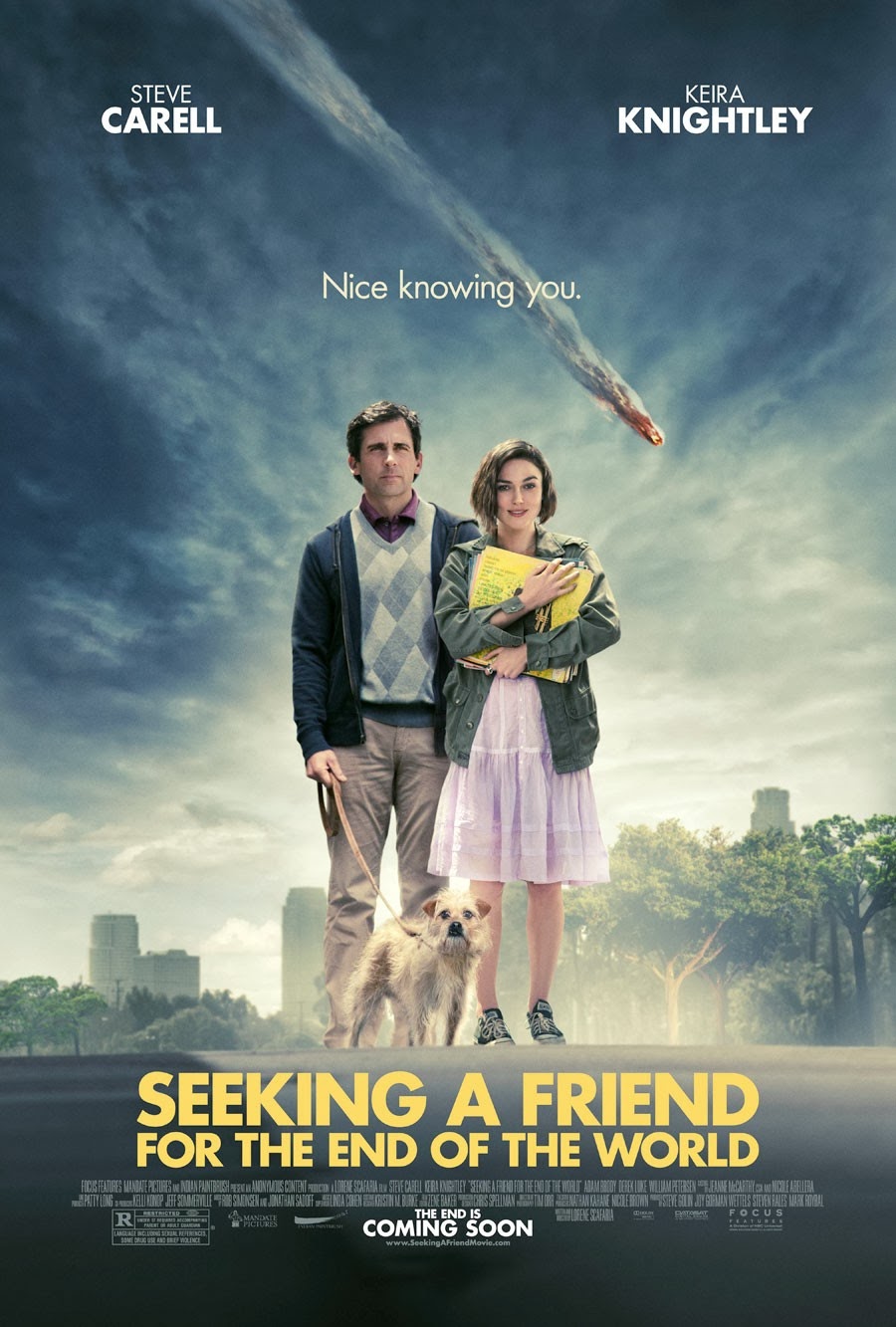 We open finding out that a meteor is about to collide with Earth and that the last chance they had of stopping it and/or derailing it has failed and the world is bound to end in three weeks time. Our main character Dodge tries to spend his last days alone, only to make friends with the girl downstairs, Penny. One night he gets drunk and wakes up with a dog strapped to his ankle. Not being alone anymore, he tries to remember his high school sweetheart, who had written him a letter, only to find himself in a riot. His neighbourhood is being ransacked and he goes to save Penny and the two head out together to get to his love before the world ends. 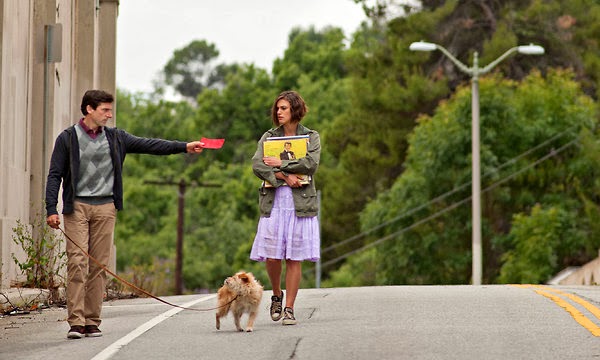 During their travel they meet a man who hired an assassin to kill himself, then they have dinner in a restaurant from which they flee because of an ongoing orgy, only to be arrested on the highway. The two fall in love and Dodge takes her to his estranged father, a pilot, to ask him to take her home to England. Dodge returns to New York and spends his last hours listening to Penny's records in the company of his dog, and when the electricity goes out, Penny appears, telling him that she wants to be with him when it all ends. The two tell stories about each other, lying in bed when the meteor hits the planet. 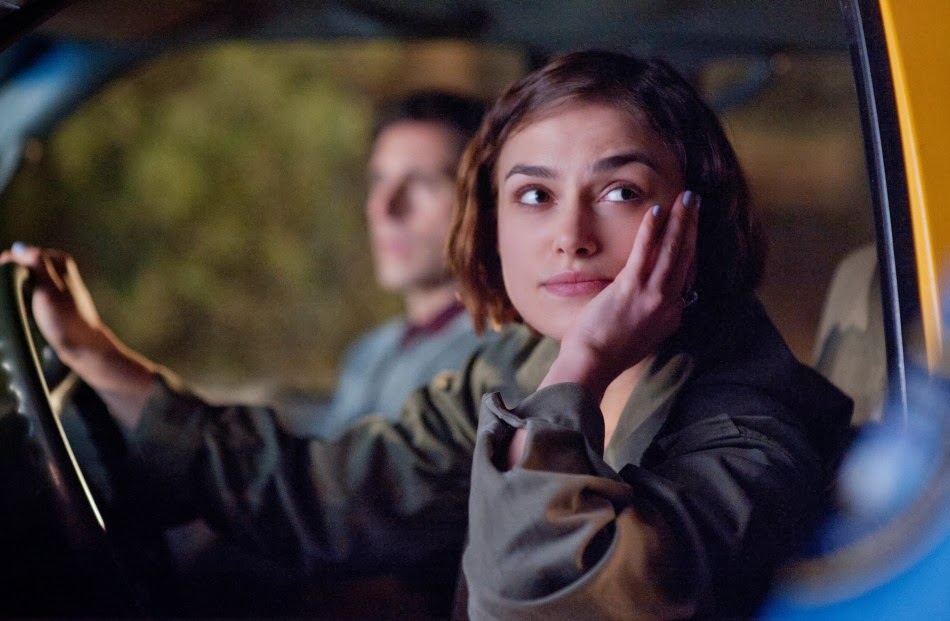 I really liked this movie. First of all, it went completely under the radar, even though it had an all celebrity cast. And I don't really understand why nobody talks about it. It had a pretty neat structure and a lot of jokes that are pretty much in sync with the kind of movies they make lately. These two actors are also among my favorites so I was very curious to see what the movie would be like. It doesn't have a happy ending of course, as the world indeed ends, but it gives a very smart outlook on the typical stereotypes people can fall into in a case of crisis. 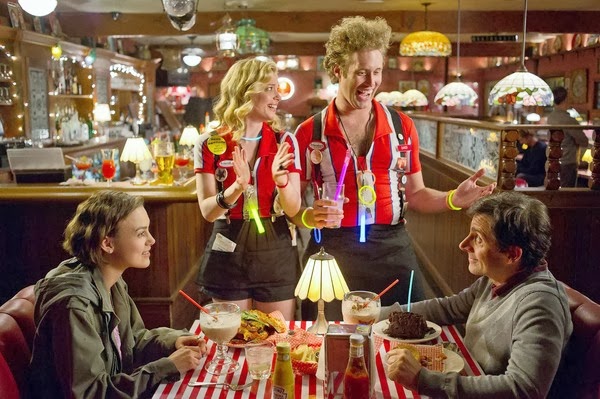 We have the one who panics and is incapable of moving ahead; the one who does anything as there is no tomorrow - and there really isn't; the one in denial; the fighter and somewhere between them lay are two main characters. They know the end is near, but if they still have one chance to fix one single thing and be with the ones they love, then nothing is going to stop them. The two of course fall in love, and it happens as a surprise to them as well. There is nothing forced about it, nor can you feel it coming. I was actually sure that they would simply remain friends, so I was delighted by this charming little twist. 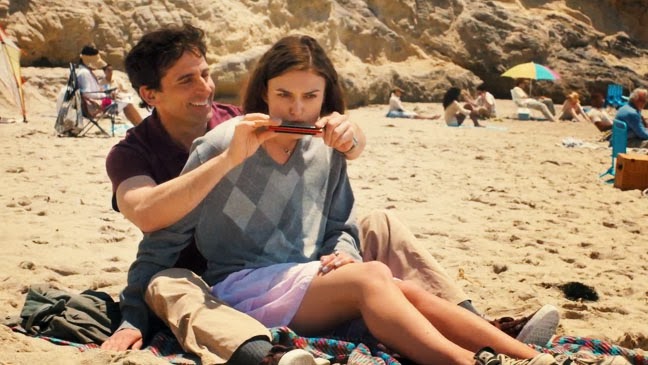 There was, however one scene that was really misplaced. The two sleep together in the car after escaping the orgy and well, there was no need for it. There is a point where they really click and that would've been far better if it was there, and actually, there was no need for it because guess what? You can fall in love with someone without sleeping with them. It was actually the set up for a very comedic scene, but it was still kind of out of place. The other thing was the suburbs? What the hell? I mean, there is a part in the movie where they move around in Camden and well, it was a bit weird. Of course in the city there are riots, people behave a lot differently, but you either prepare for the apocalypse or you ran away. At a certain point there was a guy in a Hawaiian shirt who was mowing his lawn... I mean, that is just a whole new level of denial you got there going buddy - the meteor is going to hit in two weeks!

Other than that, I enjoyed the scenery, the idea, the dialogue was actually wonderful. Overall the all star casting actually made it better, because they got all the people who are talented and not just big names! And as I said before, the dialogues really hit it out of the park, I would like to hear a director's commentary on this movie because there were so many elements to it that it would be fascinating to hear about the making process. 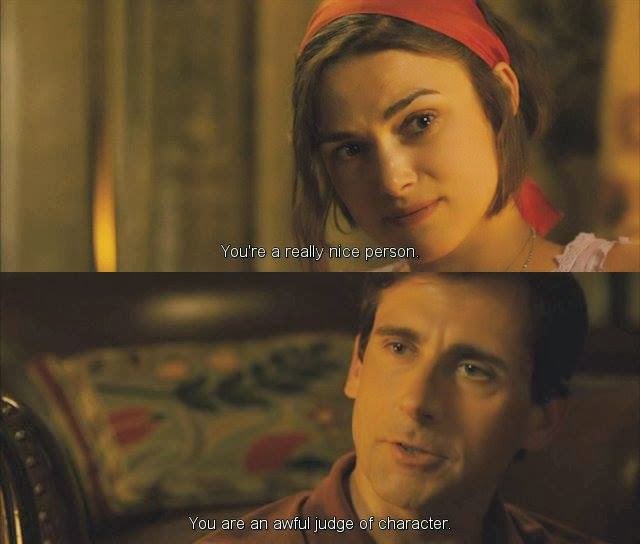 Should you check it out? Be prepared that it is very sad, even if it tries to make fun of several stereotypical moments. But overall, it is about the impending doom of humanity, which isn't fun... But it is worth it, trust me on that!

On that note, I would like to wish you a very Happy Valentine's Day - whether you celebrate it or not - embrace your heart and spread love! The love these two characters share is something to be jealous of!
Make sure this year you let it skip a beat for the right person ;)
Bejegyezte: CsorEsz91 dátum: 4:00 AM