Thriller Month In January!
I don't watch horror movies. I don't because I don't like them. I don't like to be scared, even if the make-up is bad and the blood is ketchup! I just don't. And in my life so far I have discovered that most young actors/actresses tend to play parts in horror movies - that is a department that always comes up with cash to make their movies. And although I love a lot of young actors, I am simply not willing to put myself through the pain of a horror movie for either of them. I did for two actors, however, and here is why: I just have to see them in more movies. But here comes the problem: imdb keeps categorizing these as horror-thrillers, while the ones I am going to review are actually all psycho-thrillers which - although a lot more scarier - actually do have a plot that makes you interested! That is why I chose these three movies from two of my favorites (also being the only ones I have ever seen...) Second on the list is: 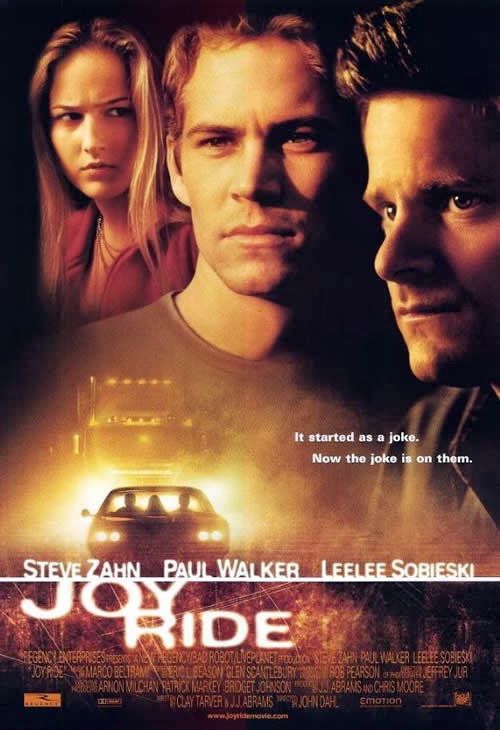 You could also guess, that the only other person on this planet for whom I am willing to sit through any and all movies is Paul Walker. There are three actors out there that I love so much to wish to see every single item on their imdb list, no matter how small the role is. He was the first to make me feel this way and therefore I want to talk about some of his movies. So let's not waste any time, shall we? 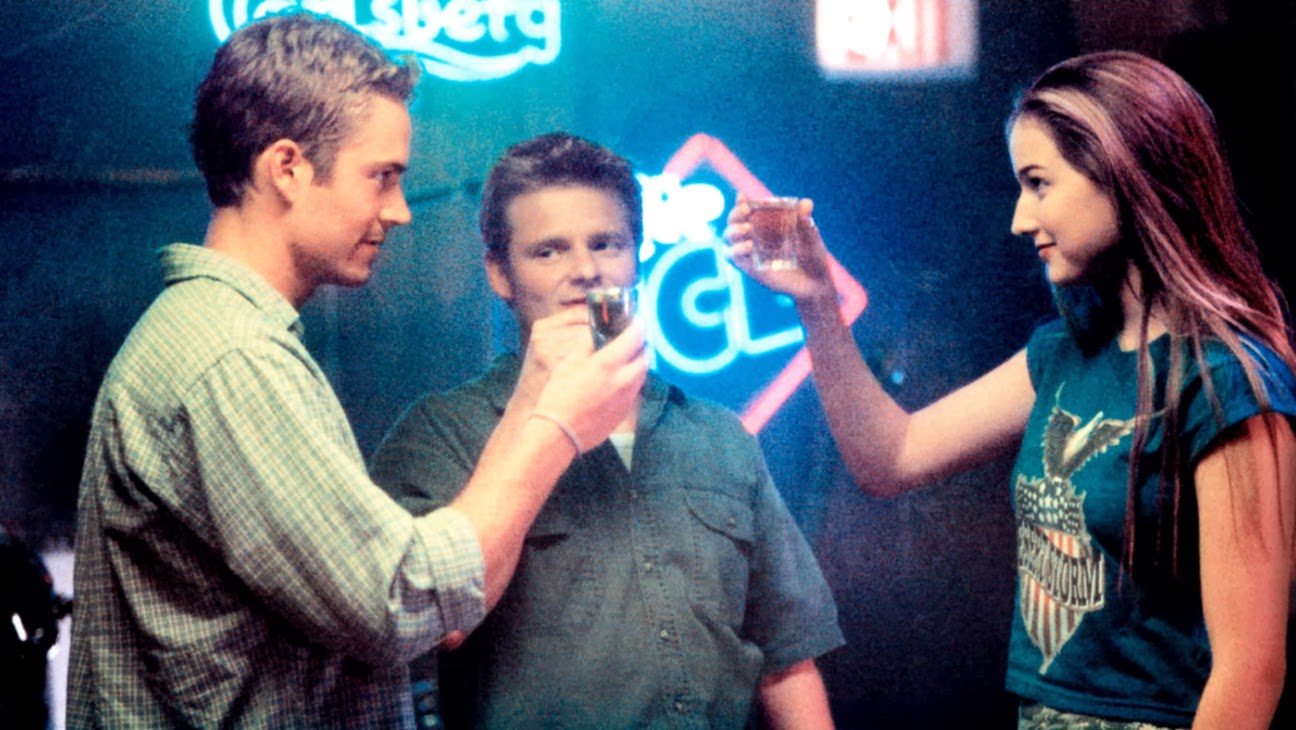 Lewis is a college student who is about to head home to New Jersey with his girlfriend Venna, when he gets a call from his brother Fuller. Fuller was arrested and has to be bailed out, so Lewis makes a turn to get him before he gets to Venna. During the trip Fuller buys a CB truck radio and they start to mess around with some truckers as Lewis can imitate a woman's voice. The joke seems to be getting out of hand, and they apologize, only to find out that the trucker they pissed off has been following them, and he becomes curious again once he finds out that there really is a girl with them. They try to run, but it all seem to be in vain, as not only does the trucker find them, but he kidnaps Venna and the boys have to save her. At the end they seem triumphant as the trucker falls prey of his own trap. The movie ends when the police finally intervenes and helps them, the three believe to have escaped his wrath, only to find out the trucker is still alive and out there. 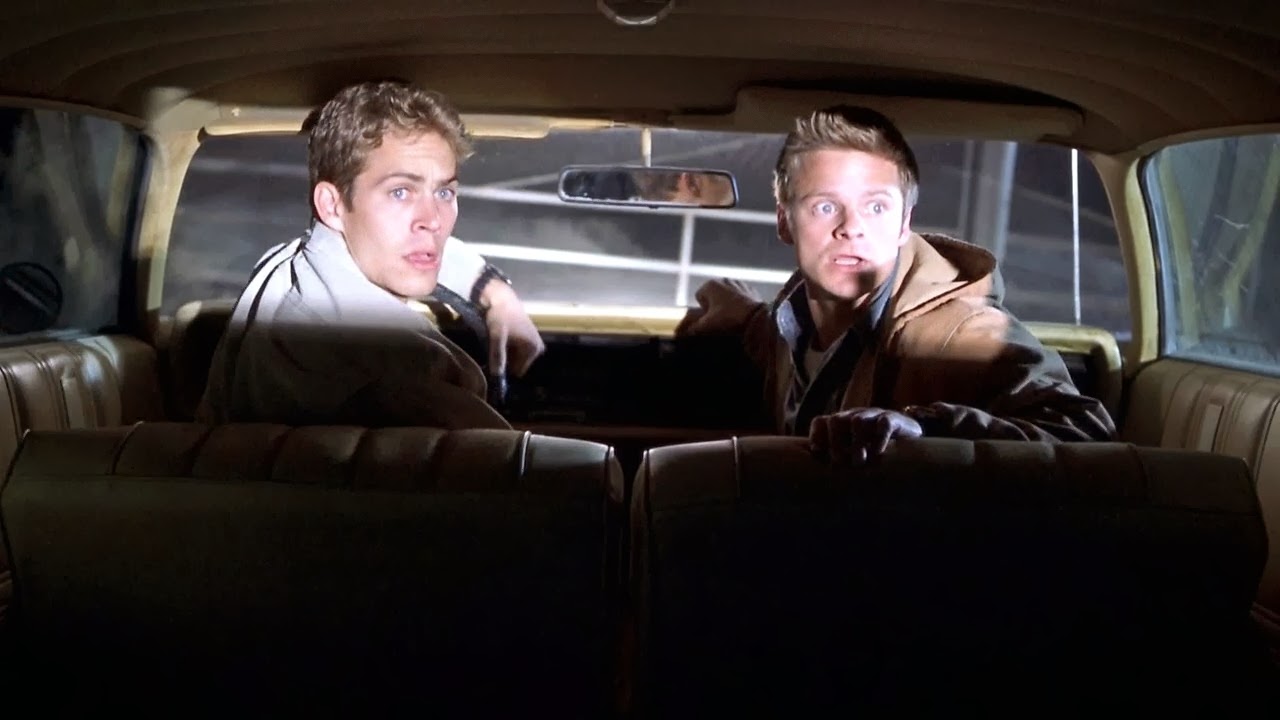 I actually saw this movie on TV. Wow, that just sounds so weird to me now! So much time has passed since then. So, even with commercials and all, the movie got me gripped to my seat from beginning to end. I watched it with my mom and my sister and yet I pretty much shit my pants when they were out in an open field in the middle of the night, with two headlights following them. At the time I still lived in Italy and we would actually travel to Hungary by car. Sleepless nights on highways is nothing new to me, so that is probably why this movie got to me - those trucks are freakin' huge! And that horn? It is creepy as hell!

But let alone the creepy element, the movie as a thriller is definitely a 10/10 as we never see the face of the trucker and the mystery of it stays with you after the movie. Really, that is the most frightening about it, that we have someone that can be anyone, because he has no face - he can be everyone and no  other horror movie trailer ever managed to make me feel so scared to be alive! But it is a good feeling as well, because although scary, it also makes you reflect. All the characters are really kids, especially Fuller who is supposed to be the big brother who sets the good example! And most importantly they learn that actions have consequences. Horror movies don't teach us anything, except maybe don't go into the woods alone in your underwear! 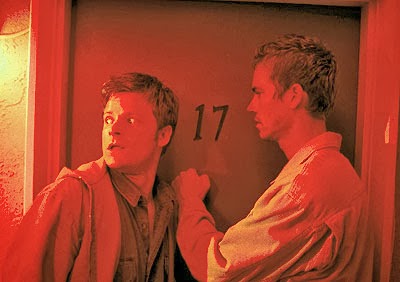 I loved this movie, but I can still recall, after 10 years, how scared I was when I saw it and I just can't bring myself to watching it again. It is here on my shelf, I bought it because it is an awesome movie, but I just can't. Maybe on a Sunday morning when the sun came up - for me that is the ideal time to watch movies like this :D
Although the movie doesn't have dashing imdb reviews, it still had a sequel, which I cannot tell you anything about. It didn't have Walker to start off with and well, horror-thriller sequels usually have the same story with different characters or just one character who survived and has to now go through that shit again. I never get those sequels... as if for most them the original story was so brilliant that there absolutely has to be another one!

That said, if you enjoy thrillers or wanna make sure that your girl cuddles up to you on the couch, trust me, this is for you! Great acting with a great story and actual character development. Perhaps it isn't as scary as some others, and that is why the rating is low, but it isn't as awful as some other movies I struggled through, so there, keep that in mind! :D