The 50th Anniversary Of Doctor Who

One Last Sentence About Doctor Who Before The Year Ends!

You might have discovered that I am a big fan of the sci-fi world in Doctor Who, let alone the Doctor himself. And I still remember when back in February I saw a picture of Matt Smith holding a top secret script with David Tennant by his side and my brain exploded! Then I saw that Billie Piper got a script as well and I knew that this will be nothing if short of epic! - And it was. 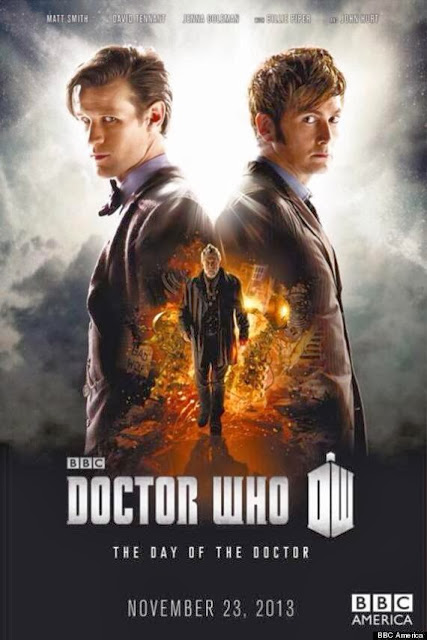 When the 7th season ended with "The Name Of The Doctor" - which was by far the best episode in the season, I knew that although there were several little errors lately, they do still care about the show. 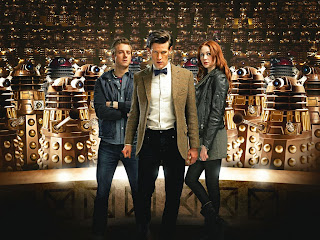 In the last season, only two episodes really captured my attention - even though I love everyone that has River Song in it - and that was the first one "Asylum of the Daleks" and the last one. Now, for Rory and Amy - his companions - that was the beginning of the end and it was a very beautiful story arc that got its fitting ending. Something didn't, but I'll get back to that later. Before the 50th anniversary, however, we discovered that the Doctor will die in a battle at Trenzalore and that Clara Oswin was the companion who saved him in all of his adventures from the Great Intelligence who tried to destroy him by entering his time stream.
And we also know that all the when we met the 9th Doctor, he had previously destroyed his planet to make sure that the Daleks die with them and they will never be able to take over the universe. Not to mention that he has a secret - one secret that he will take to the grave and it wasn't his name...

So, before the 50th anniversary we got a small preview of the 8th Doctor when we discover that big secret in the short entitled "The Night Of The Doctor":


"The Day Of The Doctor" begins after we found out that his secret was another Doctor, the one who did the unspeakable, something he can never change because the war with the Daleks is time locked. He was the one who decided to destroy his own planet. 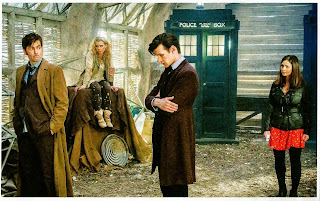 Our special begins with the War Doctor talking to the interface of weapon of mass destruction. While talking to it, he wonders what will become of him after destroying his planet and that is when he meets the 10th and the 11th. Thanks to them being more than one, of course the Tardis reacts and they barely manage to land it most of the time. But the War Doctor is touched - he sees that the pain of what he has done has given him the will and the energy to save lives and do everything he can to help other planets and creatures and literally everyone who deserves it. (This is something that always comes up. When the Doctor travels alone, he becomes less forgiving and we can see why he needs a companion - he needs them to keep from becoming this self of his. The one he has traveled 400 years without becoming again!) 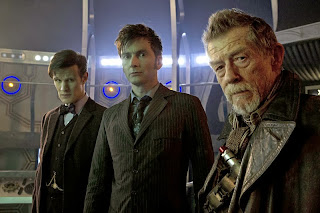 The War Doctor realizes that his action will not ruin him; this will make him a better person in the long run. And if he can stop the Daleks then this is what has to be done. The two Doctors appear next to him, but something is wrong because they weren't supposed to be here - this time period is locked and yet something let them through. What was it? Being all three of them, they come up with a plan, to froze the planet and hide it, therefore making the Dalek ships shoot onto each other and destroying themselves. Only problem remains is that being all three of them, the time space shift erases this memory and they remain always thinking that they destroyed their home planets - except for the 11th who now knows that his next great adventure will be finding Gallifrey. 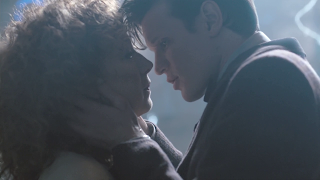 I thought the episode was astonishing. I had my doubts, I will not lie about that because I remember whole episodes that describe how it is impossible to have the same person from different time lines in the same Tardis - but this theory was kicked to the curb when in a very short and very tidious DVD special, there were two Rivers and two Doctors in the spaceship. That short was a prequel to the episode where River dies and I just had to yell out "Come on! She deserves more than that!" - And I am hopeful she will get the ending she deserves. I love her and I wish there was more of her. but I will forgive the writers for never bringing her back if finally there would be just ONE Doctor who had the screwdriver she was given that in the end saved her. Is that too much to ask? 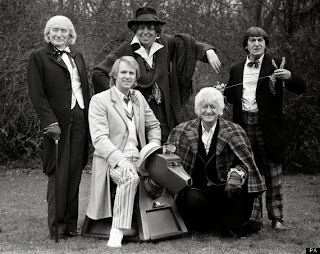 Sorry, for changing topic. Getting back - I really want to come up with something bad to say, especially because lately the changes have driven me mad... but perhaps I can't because there really wasn't. The episode was thought through, they looked at old episodes and they saw what has to be done. I will even go as far as forgiving them for all the lousy episodes in the season because clearly all the energy was put into these 80 minutes and it shows. I liked all the cameos and the extra scenes and well - thank you for including Christopher Eccleston somehow :) as a fan I really needed that! 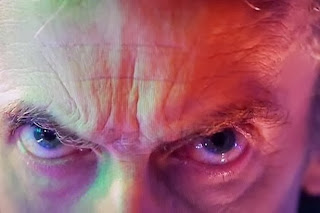 Also, I am very happy that the new Doctor will be Peter Capaldi. As a matter of fact, I have known him since he had a small part in a movie called Shooting Fish (an old favorite of mine) and the minute I saw him I knew - "Yup, this will be awesome!". I also applaud it that it is an older actor. I loved everyone, but I find it will do some good for the series. Also he has appeared in Torchwood and another Doctor Who episode, which creator and writer Steven Moffat promised won't be overlooked, but explained and that is something I just can't wait to see. I don't care if they make mistakes if later on they are addressed - a casting choice of such magnitude cannot be seen ahead, so thank you for not forgetting that the fans are paying attention! 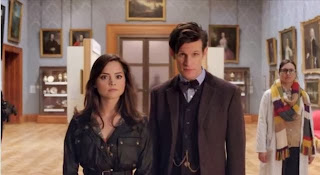 The last thing that still keeps me excited is the Christmas episode. If you have noticed, most of the Christmas specials don't really add anything extra to the story. It helps us getting the Doctor better, so I love and applaud them, but in the long run they aren't usually part of the mystery that stretches throughout a whole season. Now, the last special - "The Snowmen" - actually introduced our main villain for the second half of the season. Since we all know that it will be the last episode of the 11th Doctor, I just hope that it will intertwine the following season and give us a nice glimpse of the awesomeness up ahead! I also hope it's gonna be a bit like the first Christmas special, were Rose felt weird about the Doctor becoming somebody else and there will be some emphasis put on how the 12th becomes friends with Clara. It should be fun to see again how an old companion gets to new their new Doctor!

If you would like to know who my favorite Doctor, companion, returning character, and which episode and Christmas special I prefer above the others, click here to read about it! And until the 1st of January - you can still enjoy it and I hope you had a wonderful WHO YEAR :) I know I did.