This year was fantastic. I am referring to movies, as I wasn't excited in the beginning, but then ended with seeing some real gems. You know, I hate to go to the theater as it costs way too much while I rarely see things that are worth my money. I did see Fast & Furious 6 - which quickly became my favorite. At the beginning of the year my mom and I went to see Silver Linings Playbook, and after that I got around to see The Perks Of Being A Wallflower and both were life changing to me.
Although they didn't come out last year, I did finally watch other Oscar nominated movies that made my year. But getting back to the cinema, I was very pleased with Thor: The Dark World and above else Catching Fire which as up to now I have seen 4 times (and counting). 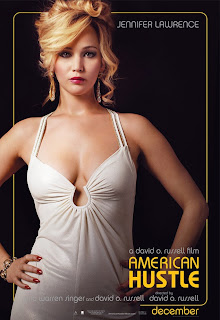 That said, I believe that I will go slightly bankrupt in 2014 as there are a lot of movies I am looking forward to! Among them the most important ones include The Hunger Games: Mockingjay - Part 1, as well as X-Men: Days of Future Past. As a matter of fact, here in Hungary American Hustle only comes out on January 23rd, which means I still have to wait a month... But at least I will be done with my exams by then! Actually, this coming year will be fantastic for Jennifer Lawrence fans :D I need to get a part-time job or I won't make it...
On the note of comic based movies, we'll have Captain America: The Winter Soldier and The Amazing Spider-Man 2. I am curious about both of them, but I'm not sure yet if I want to see them on the big screen. I didn't like the trailers at all and well, unless I get some last minute awesome feedback or another trailer, I am afraid that my decision is final. I do believe that, having seen the first ones in the cinema, that I should see these there as well - but since I don't care for them, it is really up to the economic status in my pocket at the moment of release. I will admit to the fact that I am eternally pissed at Sony for what they are doing to Spider-Man. If the two biggest rival comic companies, such as Marvel and DC can put their heads together and release crossovers - then don't tell me that you wouldn't get a shitload of money from loaning Spider-Man to Disney! 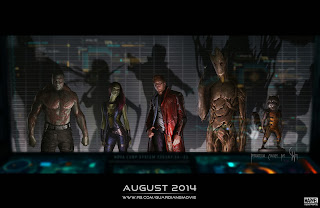 As far as comic based movies go that I do want to see as soon as they come out, Guardians of the Galaxy is definitely one of them! I have been super excited about this movie from the beginning. When I heard that they would be making a movie, I looked up who these characters are and why they are important to the story-line that preceded them with the Avengers. And step by step as the casting decisions were revealed, I knew that this is undoubtedly going to be amazing. I only wish they would finally release the trailer! Or at least the one they brought to Comic-Con! I mean, I'm pretty sure they got good feedback, so please share! 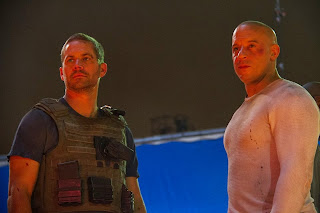 And speaking of the Guardian's casting, I am reminded that there are three more movies have to be mentioned that I am particularly looking forward to. One of them is the seventh installment of the Fast & Furious franchise. It is set to for release on April 10th 2014. I have always loved those movies, even the ones others didn't prefer. I was so excited about this one, until the tragic accident a month ago. It is still hard to believe. I have gotten criticism for caring so much, but people just don't understand that when you make movies part of your life, then you are bound to be hurt if someone close to you dies through this medium. I don't want to get into it, because the hole idea of judging someone based on the things they care for is somewhat revolting to me. I will say this: this is Paul Walker's last movie and I wouldn't miss it for the world! 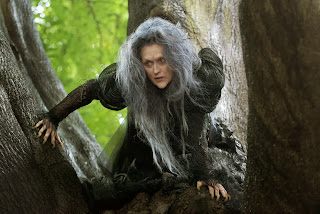 The second is a musical that is now being made into a movie. These movies always get criticism, but guess what? Some of us will never get to Broadway to see them live. And I do believe that musical movies are made very well. This musical in particular is entitled Into The Woods, and the synopsis reads: "A witch conspires to teach important lessons to various characters of popular children's stories including Little Red Riding Hood, Cinderella, Jack and the Beanstalk and Rapunzel." The witch in question is played by none other than the wonderful Meryl Streep - which alone would be enough of a reason for me to see it in the theater. And there is another movie that actually had a trailer that made me really curious. That is Jupiter Ascending, which I fear will actually suck. I mean, what if they cut together the best scenes for the teaser and then it will be one mush of nonsense? This has happened before! Either way, I am really curious to see what this will be (Also let's hope Sean Bean doesn't have to die anymore!).

As lesser, but still interesting movies go, we have Muppets Most Wanted, The Lego Movie, Dumb and Dumber To, Jack Ryan: Shadow Recruit and finally How To Train Your Dragon 2. These are just guilty pleasures, but I can't wait to see them nonetheless! 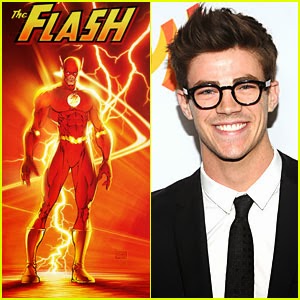 But let alone movies, as far as TV shows are concerned, I am very excited as the current season of Arrow is simply outstanding and we will have a series with Flash - and he is my favorite DC character of all time! They cast Grant Gustin and he did a great job introducing his character in two episodes of Arrow and my only criticism is that I wish they had died his hair blonde... but if that is going to be the only problem with it, then I won't complain!
And speaking of Arrow, damn they are on a roll! I remember episode 8 of the second season, and I had to call up my best friend and I told him the following: "The number of comic based characters in this episode is just too damn high!" :D I still want to bitch-slap them for not calling him Green Arrow!!! But otherwise, I am very proud of what I am seeing and I can't wait to see more! 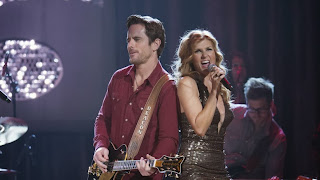 As far as other old favorites go, ever since they cast Ted Danson and Elizabeth Shue, CSI has become one of the best series. I always need to watch something crime related and well, ever since this season started, I have been wanting to re-watch each episode again and again. I fall in love with George Eads (he was the voice of Flash in Young Justice!) and I always adored Elizabeth Harnois so this cast appeals to me a lot. And I have to mention Nashville which has got to be my second favorite series of all time now! They just cannot do wrong by me! I love the natural dialogue, the songs, the characters and I was really scared that the initial idea would be lost very fast and that the series would simply become flat and exactly the opposite happened! It gets better episode by episode!

That said, it will be a busy year, but I am looking forward to it, as I have all of these great things that will accompany me! Thank you all for reading and sticking with me - I have plenty more planned for next year! So have a very happy 2014! Any resolutions? :) 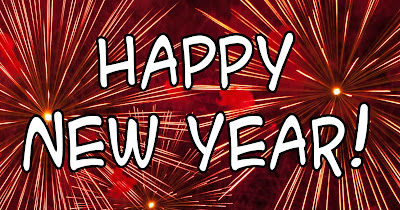