This is probably the worst way to start December.

I woke up today, still tired as sleeping is no use lately, and I saw a picture from 9GAG that said "RIP Paul Walker". I was sure it was just a prank, as these happen all the time. So I checked imdb... 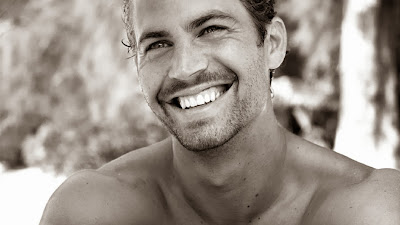 He was my favorite actor. He was the only one whose films I have seen all. And I mean all! I made it my mission to cross out one by one each of his films and in a way or another I care for all of them - even the ones I hated now feel like good memories of a very distant past. I even watched the horror movies - and there is not another actor out there whom I love enough to watch all of those horrible horror movies!

"The Los Angeles County Sheriff's Department said that two people were killed in the crash, which occurred at approximately 3:30 p.m. local time in Santa Clarita, Calif. A statement on the accident from the department said that deputies found the car engulfed in flames when they arrived at the scene.
Both victims were pronounced dead at the scene. The second victim has not been identified. The Los Angeles County Coroner told KTTV's Kevin Takumi that dental records would be needed to formally identify the bodies.
A statement on the actor's official Facebook page said that Walker was a passenger in the car, and had been at a charity event for his organization, Reach Out Worldwide earlier in the day." - from: FoxNews

I'm really going to miss you Mr. Walker. I'm sitting here in front of the screen, engulfed in my own tears and I am very sorry because we lost a diamond in the rough.

I loved you with all my heart, the way a loyal fan should!

Rest in peace and may our prayers be with your family and friends.

"You know, all that really matters is that the people you love are happy and healthy. Everything else is just sprinkles on the sundae." -  - in Flaunt Magazine, July 2001.
Bejegyezte: CsorEsz91 dátum: 12:19 AM