Just a few months back I told you all about my favorite movies from the 80's. I emphasized that although I didn't live back then, it is still the best decade in Hollywood history in my opinion. That said, I do have a lot of favorites that I watched growing up - literally, I was born at the very beginning of the 90's! And I couldn't let them go unmentioned! Also, while making the list I came to the conclusion that there are a lot of movies from that period that had a better sequel. At least, I preferred the sequel - which is very entertaining if you think about how much people hate sequels today! For example Addams Family Values, and another four that are on this list, so no spoilers :D However, keep in mind that because of growing up with them, these movies are way closer to my heart - even if they are a bit dumb. You might disagree with me, but trust me, you'll want to see them at least once!
Here is my list of the top 10: 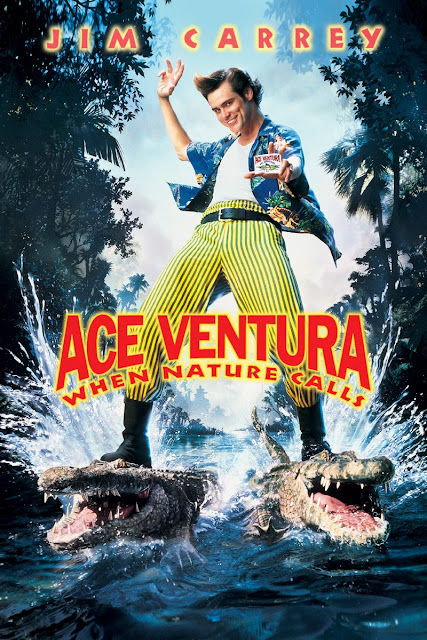 OK, that didn't take very long! I'll be honest, I saw the second movie before seeing the first one. I love that too, but somehow this has always been closer to my heart. I know most of the lines by heart and well - who doesn't love Jim Carrey? That man is a genius! My friend thought this is a bit more adult, but I think the two are pretty much on the same level! And for a seven year old there really is no difference :D I love every second of it! 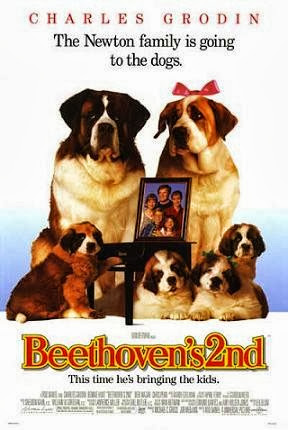 Oh the typical American family that we all dream of! I do, that is for sure :D Here is another example where the sequel is better. If you have read my reviews, you must know that I hate fart and poo jokes and anything in general that turns on my gagging reflex. So, the sequel here has a more family friendly story in my opinion. I really love Bonnie Hunt and well the puppies... The puppies :3 This movie is awesome! (The following sequels are f*cking awful! Stay clear from all of them!)

8) Postcards From The Edge 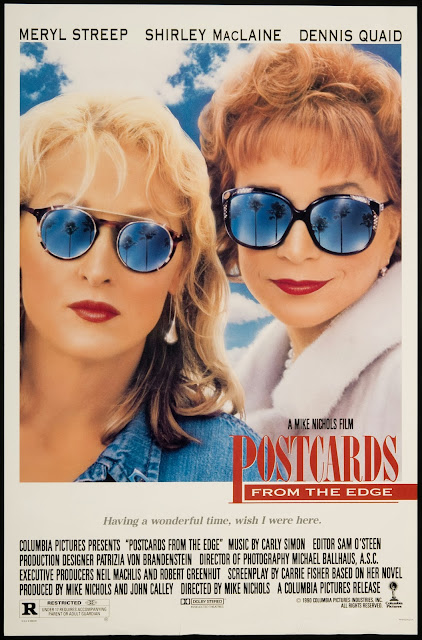 Meryl Streep plays in a movie based on the life of Carrie Fisher - do I need to say more? I eternally respect Carrie Fisher and when I heard that she wrote this movie I couldn't stay away. Not only is she a good actress, but a great screenwriter as well. Her story of drug addiction along with conflicts with her mom, the famous Debbie Reynolds - played by Shirley McLaine - are truly touching. And Meryl? You don't get any better than Meryl! This movie is really wonderful and I can't stop rewatching it! Trust me, it is just as hilarious as it is moving.


"He's the guy that pumped my stomach.
I'm tempted to marry him just so I can tell people how we met." 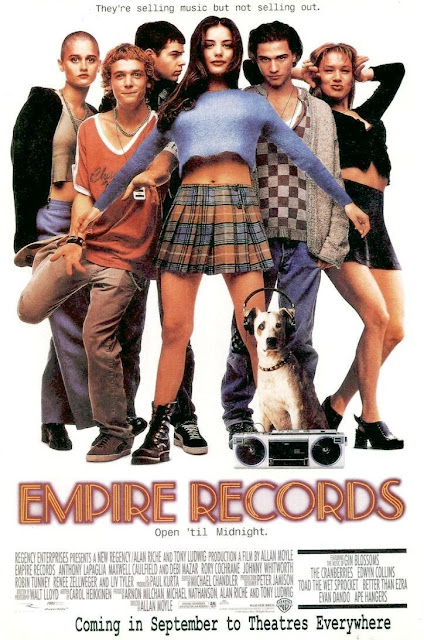 This is the kind of movie that you don't really see anymore. We follow the adventures of the staff of Empire Records for a whole day. All young kids with 30 some-year-old boss. The record store is going to close down, as it is more expensive to keep it open, not to mention that one of the staff members had gambled away most of their savings the night before... What I mean when I say that this is quite different, is that not many movies are capable of focusing on a single day. Action-action-action! Quick cuts and very deep and emotional stories and ADAPTATIONS! Name me a movie made in the past five years that didn't start with 'Based on a book by...'. You can't! It is only independent movies nowadays that try to aim their movies to a smaller audience, but even those are different! Here you have a group of teenagers and you get to experience how one single day in their life changed everything! It is a simple yet magnificient movie.

6) Father Of The Bride 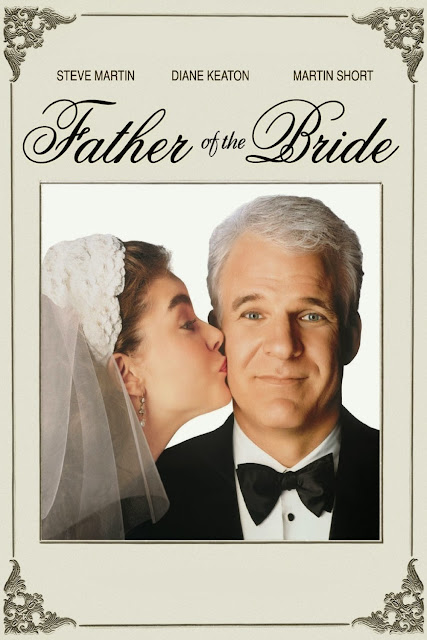 So, my sister prefers the sequel. And to be honest, I love that one just as much - however, the initial wedding storyline was always closest to my heart, then the one where the main characters have a baby. In this case I would rather say, that I love both very much. And no, I have not seen the original version, just the remake, but I don't think I need to - this movie is great as it is! Not to mention the all-star cast that has all of my favorites :D 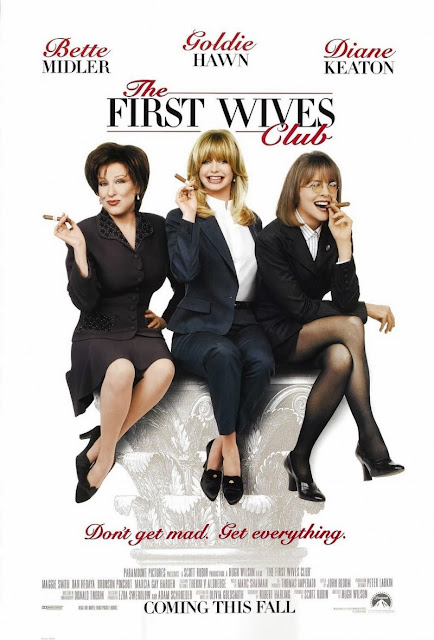 This movie is me in a nutshell. I don't particularly have high standards as far as relationships go; I value family above everything and my friends? They are my world! And well, I can be persuaded for a bit of revenge is the situation deems it necessary :D I was really angry at this movie, because Stockard Channing died in the beginning... but I love it for everything else in it! I can't even tell you how many times I have seen it - it is so good! And the song at the end? I sometimes think of it as my anthem! I adore these ladies. 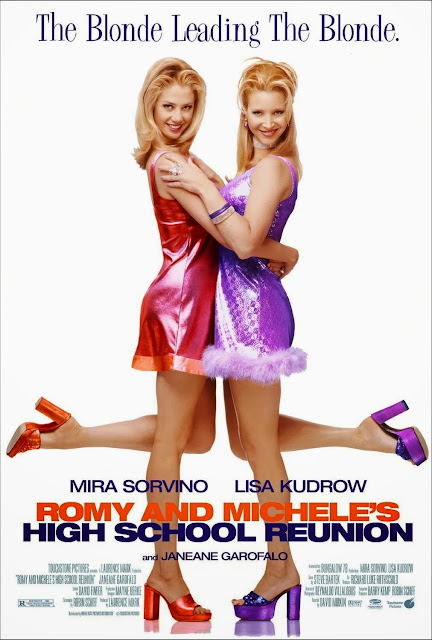 My sister and me love this movie! It's just freakin' hilarious! Initially we watched it because of Lisa Kudrow, at the time we loved her for Friends. But this movie? It just knocked it out of the park! I still can't believe how genius it is. Not only the main characters, but the supporting cast itself is short of wonderful! Janeane Garofalo? I fell in love with her here! And not to mention Alan Cumming? That guy is brilliant :D But it is really the chemistry between Mira Sorvino and Kudrow that sells the movie. You are in for a great time, trust me, you need to see this - it will make you recall every nightmare you had in high school - and you will laugh at them very hard! 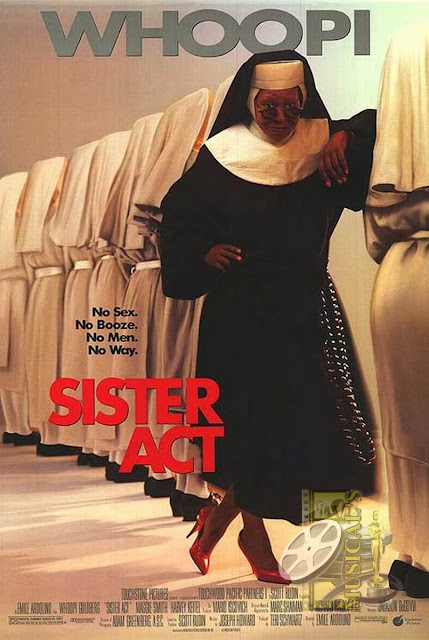 Whoopi was my idol. She still is :D This movie was at the time very light hearted. Now that I watch it, understading what it actually is about - I don't really recommend it to young kids! Nonetheless, the songs? Fantastic and the acting is off the hook! They didn't give Whoopi Goldberg too many movie roles like this one - and I am sorry about that, because clearly she's awesome. This movie too had a sequel and it is actually quite OK, but the story is very generic - even though this was one of the first ones that did the 'school-needs-to-win' or 'they-will-shut-us-down' line. Also, less killing and less cops, so I guess it is very family friendly :D But screw it! Watch this movie! I'm gonna sing this song again: 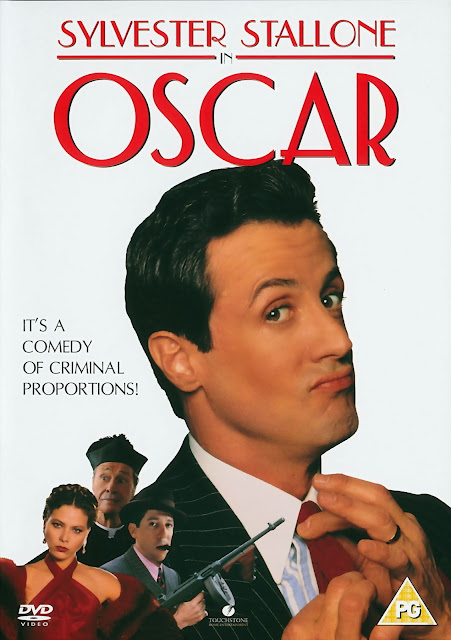 I still don't get why many people didn't like this movie! It is really here that you find out that Stallone is a wonderful actor and he doesn't only shoot people and look beat up after a box match! This has got to be the best movie I have ever seen in my life! It is second on the list for only one reason, and you'll see why in a second! Either way, we are in the roaring 20's: The story is about a gangster who decides to become an honest businessman, but things just really don't want to go his way! And all of that before noon! If you haven't seen this, you have no idea what Stallone is capable of! Do yourself a favor and don't waste even a second more!

1) Three Men And A Little Lady 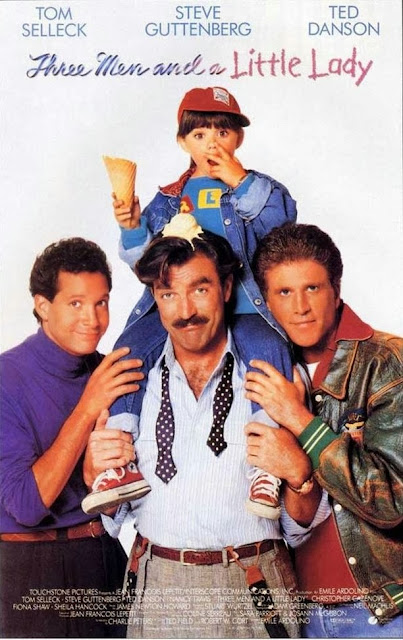 And the winner - another sequel. I told you them 90's sequels are awesome!
So this was actually my mom's favorite - she is still in love with Tom Selleck, and although I love my dad, I can't really blame her! Have you seen Magnum, P.I.? Damn... - And we would rewatch this movie for years to come. This movie was actually the inspiration to many of my scripts and I still follow these actors religiously! CSI with Ted Danson, if you recall Nancy Travis is on my list of favorite actresses and well Selleck... do I need to say how many things I watched because of him? :) This movie has a very beautiful love story and it keeps the focus on every main character, which can be very hard, trust me! I rewatched it just a week ago, because I couldn't do without it anymore!
This is my number one movie, no matter what :)


Keep in mind, that if I have mentioned any other movie from the 90's on some other list of mine, then it immediately follows that I won't mention them here! Just to make sure you know about all of the good ones that I can recommend, read up on my other lists by clicking on them here below!