I can't even recall when I saw this movie, but I am a big fan of Clive Owen so I got my hands on it. It was actually this movie that started my eternal love for perfect crimes. I always liked detective stories, because you root for the hero so there is a sense of satisfaction when they solve the crime. However, when the protagonist is the villain, then you really don't want them to get caught. This movie gives you the option to choose a side, and whichever you choose - you won't be disappointed! 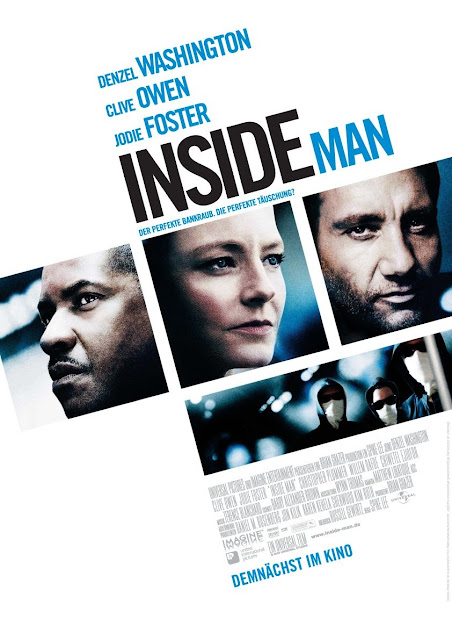 The story revolves around a bank robbery. The characters are the robbers, the detective assigned to the case and a lawyer who was sent onto the scene by and influantial millionaire who hides something precious in one of the safety boxes inside the bank. 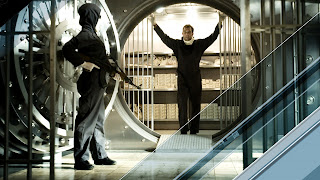 It is unclear at first what the robbers really want at first, but seeing that they have plenty of hostages, the police isn't able to just barge in with guns. The robbers, led by a man named Dalton Russell, make every hostage wear the same gray jumpsuit that they are wearing. This will be important later - detective Keith Frazier is troubled on how to approach the situation when the lawyer Madeleine White appears and asks for an audience with the robbers. She represents Arthur Case, the billionaire who fears that his great secret might be revelead once the box is open. 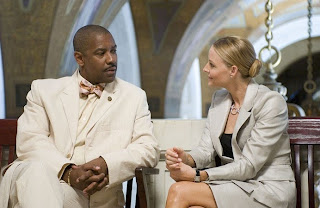 Upon entering the bank, she has a conversation with Dalton, only to find out that what the old man feared would get lost, was exactly the thing the robbers wanted to get. This is none another then diamonds the man received for his work during the second World War on the side of the Germans. Not wanting to reveal this secret, Frazier never really finds out what it is that the robbers took once the robbery is over. That is, when the robbery is over, the hostages come out along with the robbers, all dressed in the same clothes and the police never does figure out who was part of the robbery and who was just a victim. Not to mention that Dalton Russell is never seen exiting the building. Where is he? 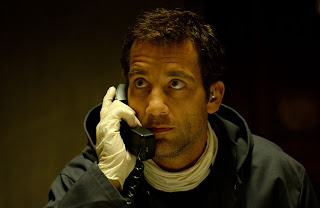 The movie is very entertaining as we don't see the robbery all the way through, we are instead shown clips from the interrogation between Frazier and the hostages. They try to figure out how could the robbers get away and who, among the crowd of hostages, actually is lying. They never really do and the diamonds go missing - even though none of the hostages have them with them. It is also interesting to see that we don't spend too much time inside the bank and it is the tales of the hostages that really give us a whole picture of the story.

There is also a returning comedic element, as Frazier plans to propose to his girlfriend and he keeps talking about it at various inappropriate moments. For example, one of the hostages is a jewller and he tells him that he can give him a discount if he brings a diamond along. Actually, this little comic relief helps a lot in leveling the tension, seeing that there are some really harsh moments that can be off-putting. It is really all just a trick and you need to see it all to understand why the detective had to be comical. The twist in the story is really when you find out how Dalton Russell pulled off the escape - and trust me, you will not be disappointed!

In the end the only thing that I didn't like was Washington's performance. He had a very strange intonation that bothered me allthoughout the movie - the first time I saw it - since then I don't even notice it. I am mentioning it, however, so you are prepared. Also, it was probably added in to enhance that comedic element I mentioned before. And my only comment would be: not enough Jodie Foster!

Otherwise the movie is really in the top ten for me, with a fantastic cast, incredible score and an unparalleled story! Do watch it if you can!
AND WHAT WILL BE #1? Until the next item on my list!