There is one kind of movies that I love eternally - and those are the ones that manage to fool even me.  That's why I love to read crime novels, I enjoy more than anything to try and figure out who the killer is, and if I'm wrong I'm not sad: I am even more excited that the writer managed to fool even me! That is why I LOVE movies that have a perfect crime in them, so I want to pay homage to my five favorite movies of all time, which manage to amaze me every time I watch them.

Originally I didn't want to see this movie because I really don't like any of the actors in it - for the exception of Scott Caan and Julia Roberts. Clooney and Pitt's eternal quest to get an Oscar just drives me insane. They are so embarrassing... and I am extra mad because they are indeed talented and yet they choose these stupid dramatic roles that make me barf. So I am actually happy when they do something entertaining, like: 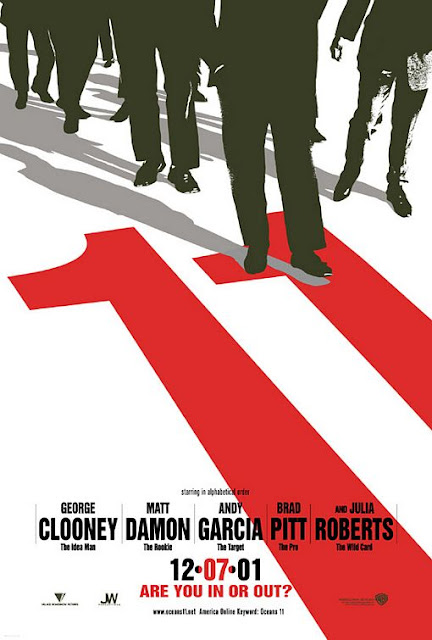 Danny Ocean is a con-man, who just after being released teams up with his old partner Rusty. He tells him that we plans to rob three casinos - all belonging to the same owner - and they need to get a crew. 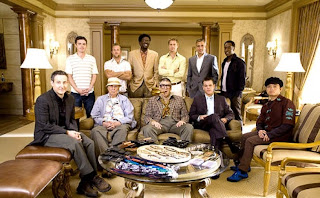 Rusty gets angry with Danny when he finds out that the man they are trying to rob, Terry Benedict, is currently dating Danny's ex-wife Tess. Feeling this is personal, some of them want to back out, but the excitement and the reward is just too high. They plan to do it on one night, and the three casinos share a vault, and in the passing of an hour they get in and out without being caught. Tess finds out that she is simply one of the many trophies Terry keeps in his hotels. She too leaves to go after Danny, who goes back to prison for a while for breaking parole. They start their new life with Terry always one step behind them! 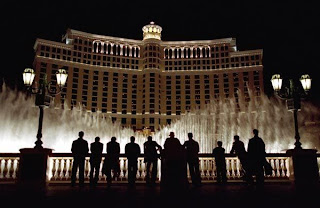 So, beside the fantastic dialogue in the movie, it is really the comedic timings and the delivery of the crime itself that makes you glued to the screen. First of all, they make sure you know what is going on - and you are even given hints on how they managed to get out the cash: You see, Terry called the police before they got out and Danny was locked down the whole time at the level of the lobby. And... I won't tell you how they did it :D You have to see it! Let me just say, that the key element in their plan was Rusty and without him this whole thing wouldn't have been possible. Which, is quite funny, because you'll see that in the second movie he is mostly responsible for their troubles! Anyway, this movie is really a masterpiece. 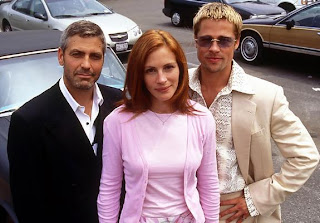 Since I too had my problems with the actors and of how much people loved this movie - that is a reason that can take my curiosity away easily - I put off watching it for quite some time. When I find out that it was my best friend's favorite, I thought, can't be that bad. And I was very pleasantly surprised by it. I'm glad that I got to see it - and it also proved my belief that these are great actors who are clearly pursuing a very bad career path! Clooney, you have finally won, let it go and let's focus on movie like this, shall we?

I doubt that you haven't seen this movie, but that is why I love my blog: I get to talk about old good movies as well as new ones! Coming up soon will be #4 on my list of perfect crime movies!
Until then!