Indeed these entries have become quite personal, but there are still a couple of things that I haven't talked about on this blog and I don't want to put it off anymore.
I am a huge fan of Scottish culture. The kilt, the bagpipe, the history, the music, the dialect - I find it all magical. My first book is actually situated in Edinburgh and I have been there when I was seven. My father had won a two month scholarship to study something in the library and archives, and for his last two weeks me and my family went after him. We stayed at B&Bs and we visited ruins and churches and castles all around Scotland. I fell in love with the highland cows right away and the whole feeling that goes along with the temperature and the people is just simply perfect for me. The Eilean Donan castle is the single most beautiful sight in the whole world! 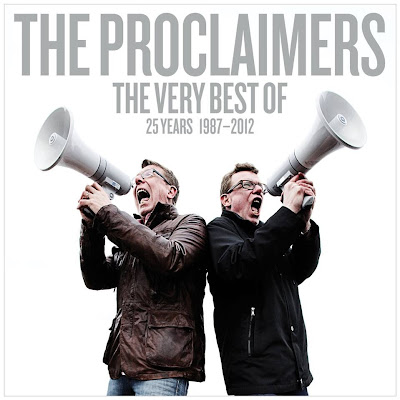 A few years back I was introduced to a band known as The Proclaimers. The band is composed by Charlie and Craig Reed and they are identical twin brothers (as I am sure you guessed from the picture above!). In my opinion, their most well known song is I'm On My Way which was featured in the movie Shrek. The person who showed them to me was my English teacher in secondary school, and she opened up a whole new world to me. One of my favorite actors, David Tennant, a real Scotsman turned out to be a huge fan of theirs and I thought 'How cool that I share this love with an idol of mine!'. There was an interview with him where he talked about how they provided the soundtrack to his life. Click here to read the article!


And I could relate to that. Their first album I listened to was 'Sunshine On Leith' and on it was my favorite song Then I Met You - and I listened to that when I fell in love for the first time in my life. Then I started searching for the other albums. Each had a song that I could relate to; that had lyrics that spoke to me: Some cheered me up, some made me cry. I searched for their albums for four years and coincidentally, when I finally got the last one to complete my discography, that was the same time when I and my first love parted ways. I find it ironic that I looked for one single album (it was 'Born Innocent') for three years and the minute I've found it - bamm. On that album there was a song You Meant It Then, and that was as if they literally wrote the song to me and my heartbreak. 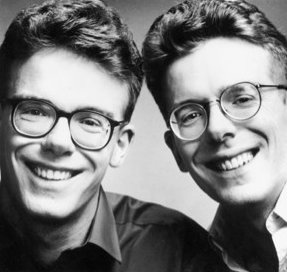 I remember that on our field trip to London (back in 2010) I went crazy over finding all the albums, and at the time I still missed at least three, and I found only one on Oxford Street at HMV and it was their first album 'This Is The Story' - and that is actually my favorite! I love every single song on that one and I was the happiest person to hold an original in my hand! I still see myself searching through the shelves :D
Since then they had a new album and now - for the 25th anniversary of their beginnings - they released another best of album. Their music is really not for everyone, I had to figure that out the hard way... But even if the music doesn't suit you, the lyrics have such poetry to them that you are probably going to find plenty that speak to you the way they did to me. When I listen to some of the songs, I just close my eyes and I feel like I'm back in Scotland. 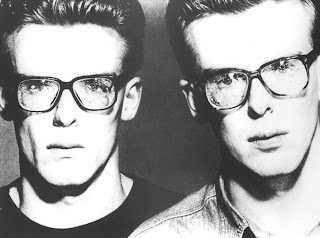 The reason why I wanted to talk about them as well was that in May one of their biggest hits, I'm Gonna Be (500 Miles) was featured in at least four shows and two movies that I watch - I looked at my sister and we agreed that the copyright had expired. After that I found the article with Tennant and I being 22 myself, I can say that 25 years is a very long time! And I am grateful to this band and I share Tennant's view of how singular and fantastic each of these songs are. And yes, they make the soundtrack to my life as well :)
Check out some of their songs if you get a chance - some of the acoustic versions are outstanding! Down here you can hear my three favorite songs and if you click here you can see the video tribute I made for them! (Or you can also find it on My Videos page!)


Coming up next will be some new more movies from my list of chores :) Stay tuned!
Bejegyezte: CsorEsz91 dátum: 3:20 AM