What's Next On My List? Un Monstre à Paris

As far as cartoons go, Disney and Dreamworks aren't the only ones who can make it work - actually, some European film companies make awesome cartoons! We have a way of caring more about quality, over quantity. Last summer I've watched with my sister a french cartoon that I have now realized that still many-many people don't know about, so I hoped to tell you about it now.


A Monster In Paris 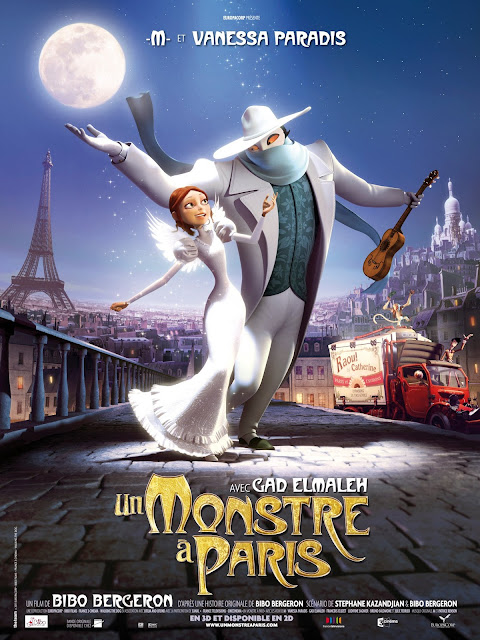 We are in Paris at the time of the flood. Half of the city is under water - precisely under the Seine. Raoul is a delivery boy who, with his friend Emile joke around in a scientist's lab after delivering a package. They accindently pour a magnifying liquid on a poor flea that was simply in the wrong place at the wrong time. 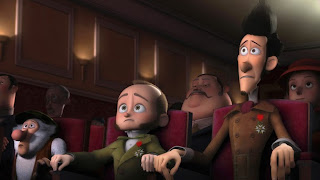 The flea becomes huge and he is mistaken for a beast. But one girl, Lucille, a singer at a bar sees something magical in him: He has a great singing voice. She disguises him, and during one of her songs he decides to participate. They get great reviews, but the mayor, who had his eye on Lucille for a while, doesn't take kindly to this new stranger. Lucille asks for the help of Raoul - they are old friends from school - to trick the mayor into believing he had caught the monster, so their flea friend can live in disguise without being suspected. A great battle takes place at the top of the Eiffel tower, where the mayor discovers their plot and kills the flea. It is only in the end that we find out that actually the magnifying liquid had simply worn off and he has returned to his original size. They ask help from the scientist to make him big again so he can sing with Lucille once more. 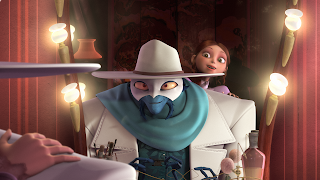 This cartoon is just harmless fun. There are two love stories, great songs an simply loveable characters. The mayor is of course the bad guy, but he gets his deserved punishment in the end. The movie's title and poster makes a great job in disguising that the movie actually has no monster - or if it does, that is actually the mayor, not so much our little friend the flea. One more feature that caught my attention was the detail work on the animation, the colors, and simply the city of Paris. I truly felt like I was present during the flood in 1910. 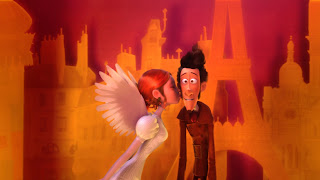 This for me is just another example of what refined and actually crowd pleasing movies European countries can make. I grew up on many Italian cartoons, and there are many Hungarians that I am proud of - this one is definitely another favorite. Although it is popular belief, European countries don't actually only make these kind of artsy films that nobody can watch! We have plenty more up or sleeves, just lay back and watch out for us! I also like the idea that we make our own movies. Yes, I Hollywood is Hollywood and yes, nobody will ever beat the US movie industry. But how about we don't try to beat it, but simply work next to it? We already do - but I have read reviews that didn't like this movie simply on the basis of being French... now that's just stupid!

Yes, you should definitely watch this. There are great jokes in it and when you compare how many years it took for American cartoons to develop this kind of animation - then the one in this movie will make your jaws drop! Check out the main song from the movie here below!