I don't often talk about TV shows. Biggest reason is that there is always too much to say. Each episode would have me write us much as I do for a single movie. But there are some that I deem important enough to discuss, one of those was The O.C. (click here to read!), and now I wished to talk about: 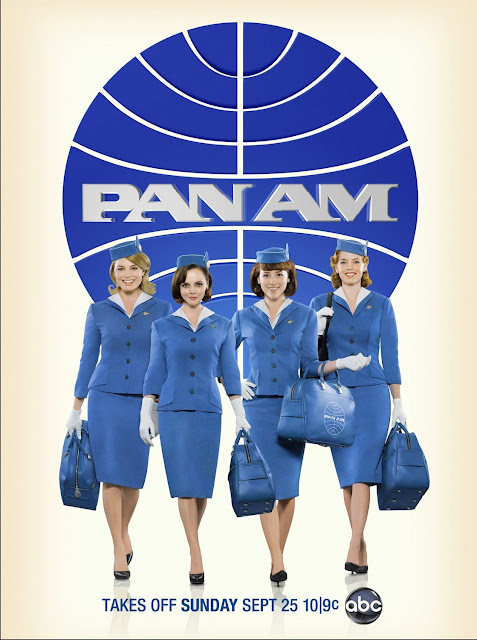 This series revolved around the life of four flight attendants and two pilots who work for Pan American World Airways. The series was a period drama set at the high time of Pan Am. We have Maggie Ryan is sweet girl, whose tongue is quicker than her actions - she is a troublemaker. 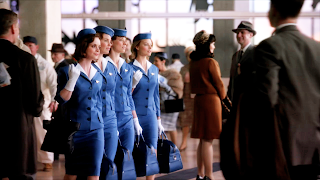 Colette Valois is a french girl who finds peace at the airline. Her family was persecuted during the Second World War and she is now on a mission to rid herself of the nightmares that trouble her in her life. Kate Cameron becomes an agent for the CIA, seeing that she can transport letters and small packages without being detected. She is worried about her activities when her baby sister Laura runs away from home and joins their team. She is perhaps too kind and her ingenuity gets in her trouble several times. The girls travel with two young pilots. Ted Vanderway, a rich guy who is actually of kind heart and who cares deeply for the girls. And Dean Lowrey, who happens to be in the right elevator at the right time, securing himself the captain's seat. 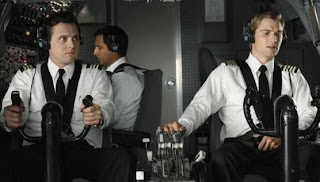 During their travels, we discover that prior to Laura, a girl named Bridget was their fourth companion. She used to be engaged to Dean, but disappeared under mysterious circumstances. We later on discover that she too worked for the CIA, but became suspicious and she was sent into hiding. In her absence Dean and Colette get closer and she fears she might lose him when Bridget shows up out of nowhere. She however doesn't stay long and the two continue their relationship. 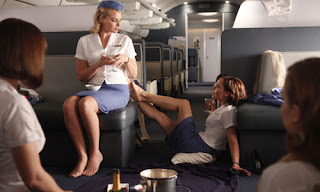 Maggie on the other hand seems to get the heart of many men simply by being herself. She tells them her opinion which at the time wasn't still a regular thing. She clearly works hard for her voice to be heard. And she more than anyone is amazed at the line of boys who wish to get her heart. She is one of the most skilled stewardesses at Pan Am, however when Laura tries to learn from her, she only learns about her lesser qualities... Laura's biggest problem is her curiosity. She looks at the world with wonder and seeks to discover it without taking into account its possible dangers. She actually develops a relationship with Ted, the second pilot. But the latest has been promised to marry another and he is in troubled in how to break the news to Laura - that is actually where the show ended. 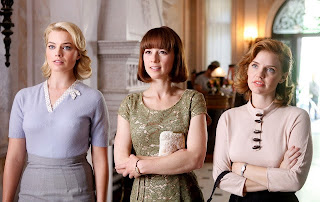 Finally we have Kate. She is the one whose character develops the most during the course of this one season. From a frightened, gentle flight attendant she becomes a fully trained CIA agent. In one of her missions she falls in love with a man named Niko Lonza (Goran Visnjic)- at first she is unaware that he is considered to be greatly dangerous. She actually helps him get safe passage to America where he might restart his life. He, however, is forced into becoming a double agent, sending him right back to what he tried to escape. The show ended before we discovered whether or not they ever spoke again.

I loved this show very much. First off I like the period. Then I liked the story. The characters, the adventures, the mysteries. There was something, perhaps fictitious, but none the less more attractive to me than Mad Men for example. I do not care for that show at all, but somehow it was this that got cancelled. 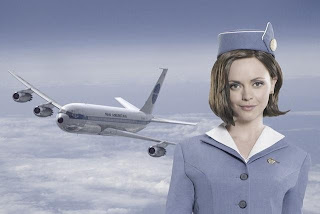 It needs to be said that I love Christina Ricci very much and her character and performance got me glued to the screen. She was a sort of comic relief character. And it worked especially well because she was really a very serious woman. When it came to important issues and/or her friends' well being, she brought out her inner bitch to beat anyone with her witty words. The stories themselves have been told several times, but the different setting made them new and therefore they didn't feel repetitive. Take for example the missions that Kate was sent on. You feel and you know that she will survive them because she is a main character - but I had goose bumps and I was worried biting my nails. Each mission took it to another level. 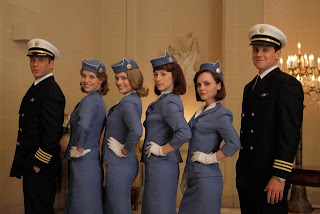 And last but not least in every episode the girls had some free time to discover each city on their own. We are set in the time of the Cold War and once they even go to the Soviet Union. The wonder to discover all of those places is a wonder I share with them. I love to travel, I truly do and it is so sweet to see them giggle all the time. Work is work - they are professionals who keep their serious faces on when they must. But in the end, they are all just little girls at heart! And that was the true beauty of this series. Each character is so diverse that everyone can find someone to whom they can relate to.

Unfortunately the first season ended with 14 episodes and it didn't get renewed. There was hope as the DVDs seems to be bought in great numbers - actually the date on the imdb page doesn't give an official end date, so I am quite hopeful still! If you get a chance, check it out! It is not that long as you can see, but I think it was a really great try to give the viewers something more refined. If nothing the else, perhaps the viewers of Mad Men enjoyed it... It was perhaps aired at a bad time - I don't know. Anyway, I'll always be a fan :)

I plan to write a list of TV shows that I would like to see at least one more season of at the end of summer. I'll be sure to include this one among them! Until the next item on my list!