What The F*ck Is This Sh*t? Glee 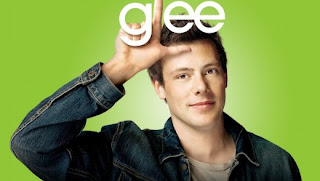 I meant to do this entry for quite some time now, and after hearing about Cory Monteith passing away, I decided that I don't want to put it off anymore, because I did want to express that I am truly sad about what happened. I'll admit that he wasn't my favorite from the series - he was great in it though. I was very sorry and, well you've read this on every twitter account, but shocked as well. Let me tell you right now that I don't care what was the cause of his death. Nobody should die at such a young age. He had a beautiful voice in my opinion and his character will always be remembered as it defined a generation. You will be missed, rest in peace Finn Hudson.

This won't be so much a review, but an analysis, as I have a question that I haven't gotten a real answer to in what is now four years - perhaps you readers can help me understand! I also admit that I have seen this show, did a marathon last year and I have personally nothing against it, my question is directed to a specific quality that I wish to understand in the general American audience. 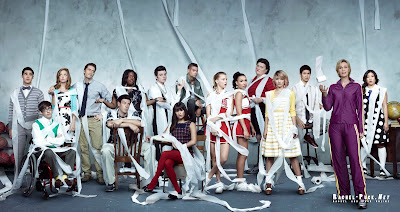 I just don't get this show. No, I know what it is about, I am not that dumb - what I don't get is how did it survive for so long. Let me present to you my case: Musicals are adored. Musical movies, for some reason, less, although fans like me stand by them and thankfully one little Hungarian girl gets the chance to see musicals she will never have a chance of seeing live on London's West End or Broadway. But originality seems lost on some people.
Do you know the series Hull High? Of course you don't. According to imdb only 94 users voted on it and guess what rating it got: 8.4. I challenge you to recall something that has such a high rating (many things do, but let's face it, it will take you at least a minute to come up with one!). The series was about high school students who sang - there were four jock narrators who rapped the stories and the main characters sang original songs. It had overall 8 episodes which are impossible to find, there are on YouTube in Hungarian, but I'm pretty sure that doesn't interest you if you don't speak it. (But please check out my favorite song, click HERE!) Either way, the creators actually had another try, a bit more dramatic and mature, a series called Cop Rock. Obscuras Lupa actually made a review of it, click here to see! That too cancelled with 11 episodes.
You can see that originality doesn't seem to be rewarded by the harsh American audience. So I get that maybe the idea of using classics instead of original songs doesn't look like such a bad idea. SO PLEASE EXPLAIN TO ME WHY DO PEOPLE HATE MOULIN ROUGE?! I know that some people don't like Baz Lurhmann, but people either love or detest this movie - yes, detest, I used a foreign word so you know I mean business! Among the ones who can't stand this movie I have found that 3/5 say that its because they hate that they used old songs. For example the Nostalgia Critic ranted on about the fact that he loves the original songs the way they were without the movie. And that is fine by me, I am able to accept anyone's opinion. Then Rock Of Ages becomes a huge failure - although I'll admit that the musical is still beloved, it was the movie that didn't add too much to it. STILL I don't get then how does a show that doesn't use any original songs get such a huge following?
Story-wise the show is not exactly original. I mean, we have seen it three hundred times: love triangles, pregnancy scare, adults divorce and teens promise each other eternal love. It is original as far as adding the character of a too honest coach who plans to destroy the life of everyone in glee club as comic relief was a great idea - Jane Lynch is probably the only thing that makes me return to the series. But why do others care?
Think of a show like Smash. If one likes musical, they are bound to enjoy it. If you like songs in a show the way glee does it, then you are probably going to like it. They decided on going half original and half old songs - so what went wrong there? 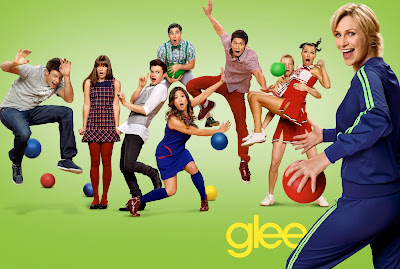 If most people hate on musicals that have no original songs, then why does this show have such a huge following? That is my question. I get the teenagers that are defined by it, the way I was by The O.C. and my sister's generation was by Dawson's Creek. I also get that the average Joe that sits in front of television doesn't seem to appreciate creativity and originality at all (unless it comes from the mouth of a stupid reality housewife, although that is unlikely...). But again, if people don't accept it from musicals, then why do they accept it from a simple TV series? I don't want it to be cancelled, I really just don't get it :D Help me understand!

I don't write too often for this segment, unless something really troubles me or pisses me off, so understand that I really want an answer!
Bejegyezte: CsorEsz91 dátum: 9:03 PM