So, over the semester I had to write a couple of papers that I was quite proud of. I haven't had time, but I do now, so I would like to share some before I head into the next review. Hope you enjoy them.
The third is from a class that had both a lecture and a seminar. It is called 'English literature from 1890 until the 1960s'. But really, none of us wants to say that in a sentence, so we just called it Modern. Our final assignments was to write an essay on any topic that falls into this area. My friend did Agatha Christie, so I did Arthur Conan Doyle. I had a lot of fun writing this one!

Popularization of the Crime Novel
“The Birth Of Sherlock Holmes”

It is debatable when exactly the idea of crime fiction begun – seeing that we had a lot of thrillers and murder mysteries already written on paper and available to the public. Think of Edgar Allan Poe for example. It is however clear that what actually defined this genre only emerged at the beginning of the 1900s.
“It is worth noting at the outset that while the old adage that crime does not pay might well be true, crime has nevertheless been the foundation for an entire genre of fiction for over one hundred and fifty years.” [Scaggs, J. (2005). Crime fiction. Routledge.]
We must not forget that the evolution of the print mass media in the second half of the 19th century had a big hand in helping any and all writers in that period – not to mention that reading has become and everyday necessity in people’s life. It is however the crime novels of one writer in specific that can singularly be held responsible for the huge popularity of this genre: Sir Arthur Conan Doyle. 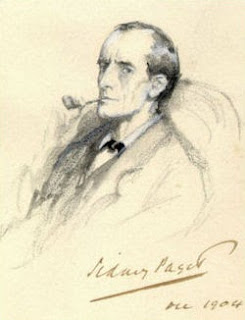 Arthur Conan Doyle was a writer and a physician and up to date he is known as one of the crucial contributors to this genre with his most famous character: Sherlock Holmes. He also wrote about others, but they are not as popular. Doyle started writing while being bored and waiting for patients. He, just like almost any other writer, struggled in the beginning to find a publisher for his works. His first significant piece, A Study in Scarlet, was taken by Ward Lock & Co on 20 November 1886. The piece appeared later that year in the Beeton's Christmas Annual and received good reviews in The Scotsman and the Glasgow Herald. The story featured the first appearance of Watson and Sherlock Holmes.
Unfortunately, Ward Lock & Co. didn’t exactly treat him as he would’ve felt appropriate. He was however a novice writer at the time. In the end he decided to leave them. After moving to London, he seriously considered killing off Holmes. He, at the time, believed that Holmes took away from his more important jobs – among them writing historic novels.
Of course, there was a public outcry. The death of this beloved character was not at all perceived well. The readers had completely fallen in love with a hero who is, although victorious, not at all perfect. He has an addiction to opium; even if very smart, he is blind when it comes to love and in the end he has faith in only one person – John Watson. There was something quite peculiar and at the same time fascinating about the relationship between these too. And I believe that it was because of it that the readers loved them so much. Not to mention Holmes’ arch enemy: Professor Moriarty. He was exceptional because he had the same skills as Holmes but he used them for evil.
In December 1893, Conan Doyle had Holmes and Professor Moriarty apparently plunge to their deaths together down the Reichenbach Falls in the story The Final Problem. Public outcry, however, led him to bring the character back in 1901, in The Hound of the Baskervilles, though this was set at a time before the Reichenbach incident. In 1903, Conan Doyle published his first Holmes short story in ten years, The Adventure of the Empty House, in which it was explained that only Moriarty had fallen; but since Holmes had other dangerous enemies, he had arranged to also be perceived as dead. Holmes ultimately was featured in a total of 56 short stories and four Conan Doyle novels, and has since appeared in many novels and stories by other authors.
Just to understand the immense popularity of this character, try and think about the fact that he still exists today. Not only in the books and the adaptations, but there are actual series that focus on making him a 21st century detective, rather than one who lived in England a few decades prior to the first World War. With these innovations new generations have grown to love this character. 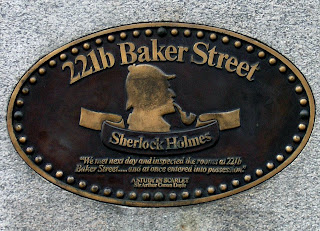 It would be however interesting to see what is it that actually made the public fall in love with crime fiction. In this case in particular we mean detective fiction. There are two branches into which we can further divide crime fiction.
1) The whodunit: The most common form of detective fiction. It features a complex, plot-driven story in which the reader is provided with clues from which the identity of the perpetrator of the crime may be deduced before the solution is revealed at the end of the book.
2) Locked room mystery*: A specialized kind of a whodunit in which the crime is committed under apparently impossible circumstances, such as a locked room in which no intruder could have entered or left.
*For the second example, try and think of Agatha Christie novels, but we will get back to those later on.
Another very important device is of course in the narration: Readers enjoy that they don’t know more than the detective. This allows them to have the same facts as the detective (or in some cases police officer) and try and figure the mystery on their own. There is a thrill in being right and there is also a sort of respect when the writer is capable of fooling even us. These stories are built up so accurately that there is no disappointment even if we are deceived – mostly because in the end we all route for the good guys and we can be happy when they catch the bad guys.
When such huge numbers read these kind of novels and there is demand on them, we need to talk about the problem of quality over quantity. This genre had completely defined the beginning of the 20th century and many people have tried to copy the receipt and many did so unsuccessfully. 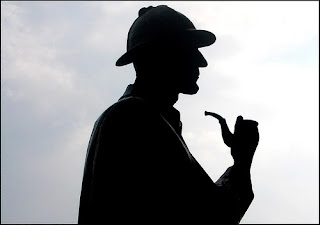 There is an incredible amount of crime novels out there that are simply not as good. This is usually due to the fact that even if the story is built up very well, writers remain having constructed too good alibis and having to bring in another character to take the blame. This is unacceptable when somebody has spent several pages trying to come up with a conclusion and then feel completely cheated in the end. Another problem that we can come across quite often, is a very well built up story that has a completely rushed and forced ending. If the motivation of the characters are not clear, the reader will not be able to sympathize with anyone.
Cheating, love and money are known to be the first three causes for murder. This, even if somewhat boring, is still a working formula and crime writers fail when they try to modernize something that doesn’t need to be.
We need to now think about how can one become such an iconic writer. Let alone making sure they follow this formula, and that the main character is someone who the reader can relate too – we need to think of people whose writing talents have never been matched.
Only a select few authors have achieved the status of "classics" for their published works. A popular, well known example is Agatha Christie, whose texts, originally published between 1920 and her death in 1976, are available in UK and US editions in all English speaking nations. Christie's works, particularly featuring detectives Hercule Poirot or Miss Jane Marple, have given her the title the 'Queen of Crime' and made her one of the most important and innovative writers in the development of the genre.
It is indisputable, however, that a writer like Christie would not have become famous if Conan Doyle hadn’t laid down the ground work for this series. Even if on the rise, women writers still struggled plenty in that period. Not to mention that there was indeed growing demand when Christie first appeared with her smart at witty stories of a fat man who always happens to be in the right place at the right time and an old lady who just can’t seem to sit still. 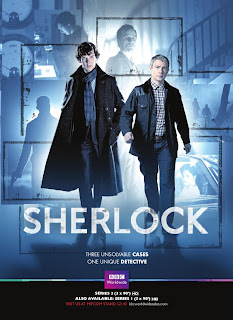 We need to know go back to what the difference is between these two classical writers. And that is something we have already tackled, which is the modernization of Sherlock Holmes. You don’t come across series that try to modernize Hercules Poirot – this is also due to the fact that he moves well in the environment that he was created for. And even though he is a still beloved character, there isn’t a hunger and a need for him to be present still. So many new ideas surface everyday in the media and as supernaturals seem to take over the printed media industry (as well as the television), and yet we all yearn for more Sherlock.
Conan Doyle came up with the perfect character when he invented him. It is no wonder that there was a public outcry when he was killed and it is also no surprise that many writers still try to incorporate him in as many stories as possible. It is very hard to imitate Doyle’s style but I find that perhaps there is still hope in reviving this character in a way that will completely transport us back into the original books – the 21st century series of BBC with actors Benedict Cumberbatch and Martin Freeman have almost got it!
Crime fiction helps people dream and fantasies – it straps us out of our everyday life and somewhat tickles our imagination. We always need to come down to quality over quantity, but we should also be happy that all these modernizations help us teach younger generations about the essence of this genre. It would be curious to see how they too fall in love with the joy of unveiling a fault in what is seemingly a perfect crime.