What's Next On My List? Rise Of The Guardians

Let's have something less action packed and a bit more child friendly.


Rise Of The Guardians 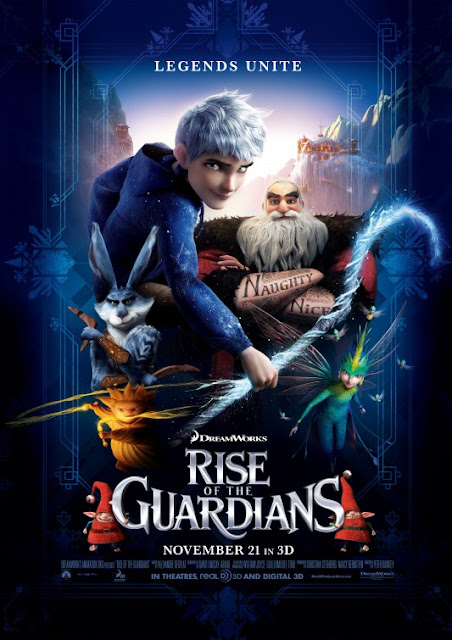 The guardians take care of the children. They are the Tooth, North, Bunny, the Sandman and now a new addition has joined their team, someone who is reluctant in becoming a guardian: Jack Frost. 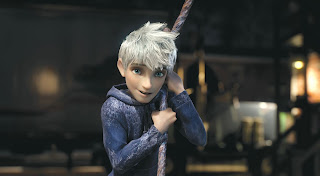 They need his help because the Boogeyman, Pitch, is set to return and the children are in danger. Jack seems hesitant, as not being believed to exist, he doesn't consider himself much of a guardian. He also has his own demons to fight. Not knowing who he is, where he came from; and not ever coping with who he is now, he never really has the ability to fit in. But the others know, that if he was chosen, then there is a very good reason for it. Pitch manages to ruin Easter, trap Tooth's helpers and put down the Sandman, and all seems to be lost, however one boy refuses to stop believing and he and his friends scare off Pitch. 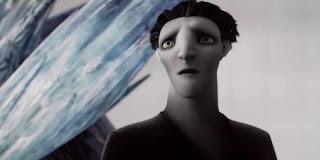 The marketing for this movie was awful. Honestly the poster is very generic, and the trailer didn't reveal anything interesting - despite Hugh Jackman's awesome voice. That was probably the only reason I wanted to see it: the Easter Bunny. And boy oh boy, was I glad I saw it! This cartoon is awesome! There was a great story from finish to start; there was character development; beautiful imagery and the music was enchanting. Each and every character is to die for - even the bad guy had something charismatic and inviting about him. 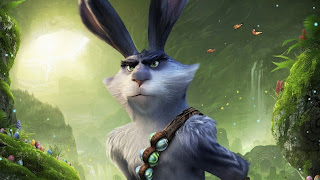 Cartoons now move in two big groups: the one that grown-ups can enjoy as well and the ones for the little ones. The latest usually has really no story arc. The problem with these, is that although they use great animation (even if I will always prefer something drawn on paper), they still don't care to come up with something original. What I loved about this one is that although it had great cliches in front of it, it used none of them! Just to give you an example, Jack struggles with not knowing who he was before he became a mythical guardian. 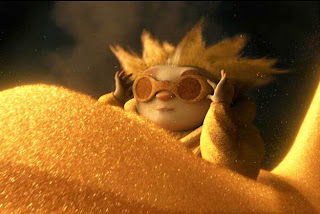 Now, what is the easy way out? When he is presented with the answer, he doesn't take it, but says some bullshit about how it was in him all along and blablabla... NO! Here is where character development comes in, he does need to know who he was! We find out that he actually died in an accident where he saved his little brother. He understands that it was his love for others and having the will and ability to protect them that makes him a good guardian. He discovers that making others laugh is his center, the very thing that makes him who he is. 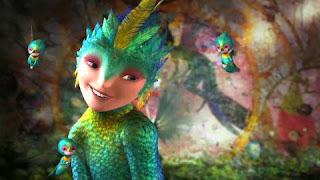 Another thing I applauded was using the already existing myths and shaping them in a way that is completely down to Earth. Two great examples, are the Easter Bunny and the Tooth Fairy. The first one has and Australian accent, as he lives on the Easter Islands. Also, he uses tunnels beneath the surface that allow him to travel at high speeds - this way explaining the ability to hide all those eggs in one night. He also becomes buff only if the children believe in him, otherwise he would be any other little bunny. 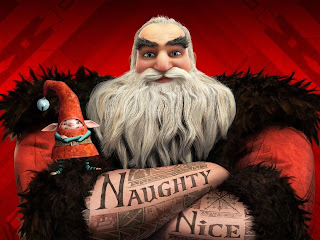 The latter on the other hand, Tooth uses little helpers. And of course she would! So many small ones lose their teeth when they grow up! It would be impossible for her to do it alone. And oh boy, her helpers are about the cutest thing you can imagine! They are literally to die for. Probably, my favorite myth that was pimped up was that of North: Santa Claus. Here, he is Russian, not fat, but strong and funny. They took a twist with his character, but it really worked! The funniest thing however was that his helpers the elves actually can't get anything done - they are really substituted by yetis. Basically, Bigfoot-like creatures, who nobody knows about, and there are several hundreds of them, all living on the North Pole and actually doing all the work - that including building the toys, but don't tell anyone, because North says that they like to make the elves believe they have a hand in them :)

In the end, even though it is all mythical and fantastic, there is just a subtle reality to it that makes it completely believable. It is filled with little jokes, action, really touching scenes that will stay with you forever. Trust me, you'll want this one on your shelf!