So, it has been 50 years since this series first premiered and although I never watched the old series (I caught up on a couple of old episodes though, just to see the jest of it), so I am one of those who became a fan after the series rebooted in 2005. I also need to be honest about the fact that I didn't get into it right away - it was actually my brother who fell in love. And up to today there are still episodes that I haven't seen. Still, I have grown very fond of the series and I wanted to talk about it at least once on the blog - and the fiftieth anniversary seemed like a good time to do it :) 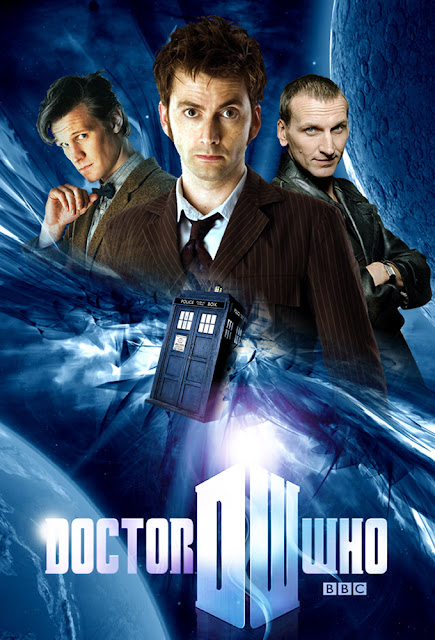 In case you are not familiar, the story involves a man whose identity we don't know, he calls himself the Doctor. He has a humanoid form, an advanced brain and two hearts. He is the last survivor of the planet Gallifrey and he is able to travel through time and space with his spaceship: the Tardis. The Tardis has the shape of a British police box, but it is bigger on the inside. But he doesn't only have his spaceship, he always has a trusty sonic screwdriver in his pocket. But that is not it, the Doctor never travels alone, he always chooses a human companion to travel through the galaxy; discover new species and planets and, of course, save the universe. Last important thing you should know, is that the Gallifreyan's arch-nemesis are the Daleks. Their dispute goes back centuries, and every time the Doctor seems to have the upper hand, a whole new army of them arrives out of nowhere. 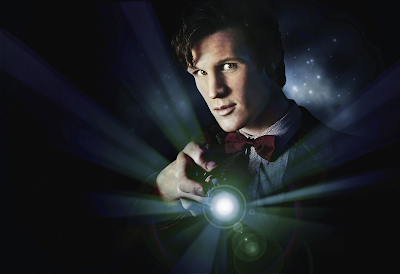 All of the Doctors have a charm to them. While watching the series, I felt that my brother liked Eccleston more, my sister preferred Tennant and as soon as the character traits of Matt Smith's Doctor where finally outlined and were made clear - in the sense that a lot of questions the viewer posed during the previous seasons were answered - I grew to like him a lot more.

He is somewhat less patient then the others and I find his emotions and choices very close to my heart. Unfortunately, the writing has actually gotten worse in the sixth season and that is quite troublesome because everyone noticed that something is going bad... but they brought it back with the seventh season.This Doctor has no social skills at all, he is a mess, but he is very funny! And don't let his silliness fool you! If one of his friends is threatened, he releases hell just to save them. Smith will stop being the Doctor after this years Christmas special. The new Doctor has not been cast yet, so I am curious to see who will take on this role next. 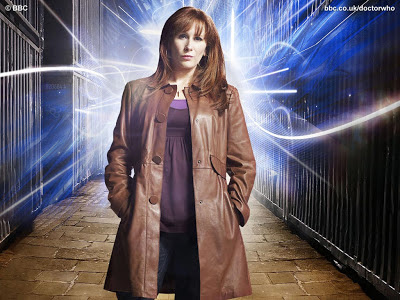 As I said before, the Doctor always has a companion. Even though this one was paired up with David Tennant, she was still my favorite. Her relationship with the Doctor was different from the others. In the end they always bring along a sort of relationship that goes over friendship. 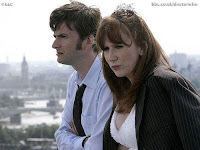 And after a while, it gets annoying. In the case of Donna Noble - their relationship grew out of mutual respect and it stayed that way. She first appeared in the Christmas special "Runaway Bride", where the Doctor saved her and she decided to change her life style. She encounters the Doctor again while she is doing a bit of investigating on her own. He asks her to come along, but several adventures later he is forced to let her go. She was a funny and a very sensitive character who greatly complemented the Doctor's qualities. And in the end she even helped him save the universe! Something not all of his companions could say! She was truly special :) 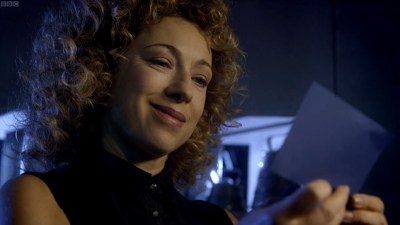 River Song, played by Alex Kingston, is the child of two companions of the Doctor's - Amy and Rory - who was conceived on the Tardis. Because of this, she has the regenerating abilities of the Doctor, which she sacrifices in order to save him. When she was a baby, because of her abilities, she was stolen from her parents and was raised to attack and kill the Doctor - as the whole universe has started to fear him, afraid that he might be a bigger threat, instead of a savior. 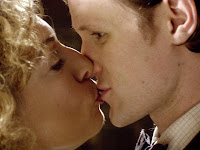 However, they have the misfortune of meeting at different times - the first time the Doctor meets her, it's when she actually dies... It was one of my favorite episodes - creepiest, but still awesome, and eternally sad. Up to today I await the day when her story will be completed: she is given a screwdriver by one incarnation of the Doctor and that screwdriver hasn't yet appeared. I honestly hope that they remember it! The new season seems to go in a complete different direction, and well I'm worried that they will forget about it. She was the funniest character and for me, she is the only one for the Doctor (no matter which version)! 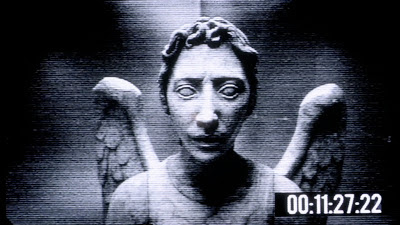 Yes, the Daleks are the most feared vicious villains in the universe. But there is nothing creepier than a stone Angel moving at the speed of sound when you are not looking... They have appeared many times, my favorite was however in season 5, episode "Flesh And Stone". It was the first time River came back since we met her in the previous season. In the episode, she is trying to stop a ship that carries an angel, however the ship wrecks into an old temple that is inhabited with angels. It is funny that River's last episode (so far) has also starred Weeping Angels 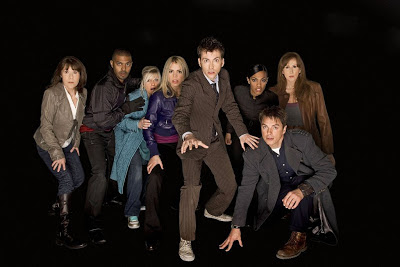 This was the first string of episodes that brought together all of the spin-offs and the previous companions of the Doctor. I really love every episode that had River in them, but as far as singular stories and season finales go, this completely kicked it out of the park for me.

It would be quite hard to explain the story, as every single element of it was built up over several seasons. However, to get the jest of it, the Daleks arrive, and they want to get the Earth finally away from the Doctor, knowing how much he cares for it. Rose, a companion who shifted to a parallel universe, Captain Jack, a good friend and head of a special division called Torchwood, Martha Jones, an actal doctor who was also his companion and finally Sarah Jane Smith, the companion of the Third and the Fourth Doctor - all reunite to find the him, the only one who can stop the Daleks. However, the key to victory actually lies in Donna's hands. I don't want to reveal more, even if you saw it, re-watch it! Trust me :) 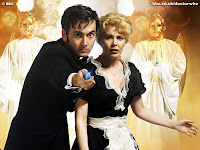 I actually have two. One I love for the story, the second actually had that Christmas feeling that for me has to be obvious if you make a holiday special! So the first stars Tennant, just before he gets Donna to be his companion, he lands by accident on the Titanic - but not the real one, instead one that is now sailing through space. The episode was titled "Voyage Of The Damned" and the Doctor finds a young woman, played by Kylie Minogue, who seeks a bit adventure in her life, a possible companion for his trips. But, wouldn't you know it, this Titanic is doomed for the same faith as the legendary one. The young girl sacrifices herself to save what is left of the ship. 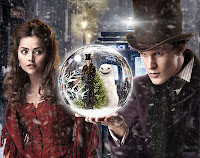 The second one actually came out last Christmas, it was titled "The Snowmen", and in it an already retired Doctor hides away in Victorian England, where he encounters a girl he has met before. She was the voice and heart of and old Dalek he found on a prison planet. Not being able to understand how this is possible, he is tricked into investigating a couple of strange happenings around town. As he gets closer to the girl, he grows to like her more and more - only to lose her in the end. But he isn't willing to give up. She has once resurfaced out of nowhere, and the Doctor is more then ready to find her again. 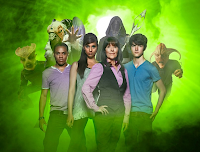 Doctor Who is really for everyone, but with its growing success, they tried to start a couple of new series. One for a younger audience with the Doctor's companion Sarah Jane as the main character. In the first episode she saves a genetically engineered boy and adopts him. Their adventures begin and they are even visited by both incarnations of the Doctor. The series lasted for five seasons and ended because unfortunately actress Elizabeth Sladen passed away at the age of 65. She is still remembered as one of the most iconic characters in the fifty years running of the series.

The other spin-off was meant for an older audience. I have actually never seen one single episode so far. I do mean to, but when it came out my brother told me that I should wait with it, and I did. The members of the Torchwood Institute, a secret organization founded by the British Crown, fight to protect the Earth from extraterrestrial and supernatural threats. Their leader is Captain Jack Harkness, John Barrowman, an old friends of the Doctor's who stays behind to safeguard the Earth.Officially the series was never cancelled, because that is not how it works in England, however I doubt that there will be a continuation to it.


There is plenty more that can be said about the series and I wouldn't know where to begin. I wanted to tell you all about my favorites because this is a really great show. The British know something about making iconic characters and stories that stay with you forever. I hope that the stories keep getting better and that the fiftieth anniversary won't be the last one that is celebrated while the show is running. I look forward to seeing what they organized to celebrate this great event!

Until the next item on my list! Check out the fan video I made from River and the Doctor's story!