FRESH FROM THE THEATRE: The Hobbit: An Unexpected Journey

Yeah fine, it is not fresh! Still, I saw it not so long ago, so shut up!
For Christmas my brother got three theater tickets for my dad and I joined them to see:


The Hobbit: An Unexpected Journey 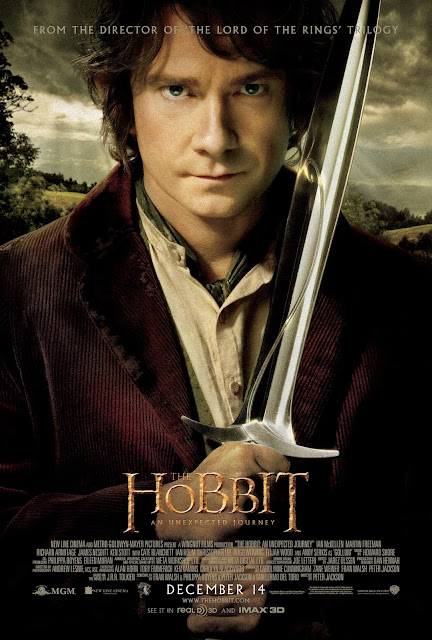 The story shortly is of Bilbo Baggins, a hobbit who gets visited by an old family friend Gandalf the Grey who invites him onto a journey to recover the lost mountain and treasures of a dwarf tribe. 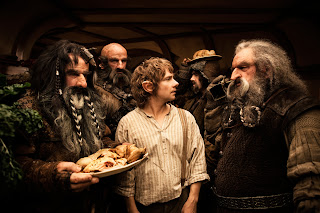 At first Bilbo is hesitant  as he never really knew what lay beyond the hills - and it seems he doesn't care for it either! Bilbo changes his mind after hearing the sad story of how the dwarfs where attacked by a dragon and that the elves refused to help them in their fight to regain their mountain. But time is running out, as the dragon hasn't been seen in years and all the gold that the dwarfs dug up is simply lying there - they must be the ones to regain their home before somebody else claims it. The movie ends after Bilbo meets Gollum and he gains the one ring and we are shown a picture of the eye of the dragon who is very much alive. 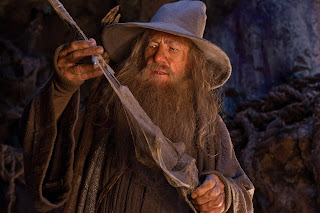 Now, there isn't much that can be sad about this movie and that hasn't already been said. Personally I am not the one who lost her mind over The Lord Of The Rings trilogy, mostly because I have never read the books and this kind of story isn't exactly for me. I do enjoy fantasy more than reality, don't get me wrong, but I always preferred supernaturals to wizards, just to give you an example. Either way, indisputably the movies were a great achievement, both in book adaptations and cinematic history. And when watching, I too am taken by the story of course and I am indeed curious to see what is going to happen with the main characters and how this war will end. 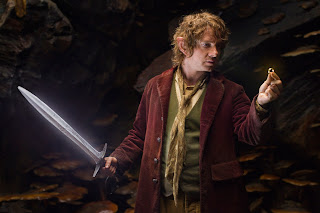 Anyway, when it came to the Hobbit, I did get excited. When I was little, about six or seven, my dad used to take our copy of the Hobbit, sit down next to my bed and read to me until I fell asleep. The book cover was a bit different, so I never imagined Bilbo quite so young. But I have to say, that I was not disappointed, Martin Freeman was a great. Actually looking forward to Benedict Cumberbatch voicing the dragon... it will be a Sherlock&Watson reunion! :D
It is also important to know, that I do not like Gollum. And, although this implicates my brother too, I am not afraid to say that if you do like him, you have issues. Serious f*cked up issues! You should see a doctor. Like right now! 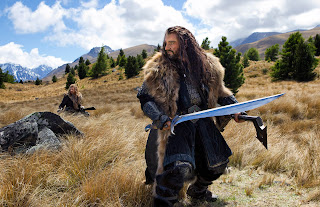 The movie: It was great. Was it too long? I didn't feel like it, perhaps because I went to the bathroom before :D However, it is silly that they cut this book up into three movies, but I wasn't surprised. Also, I hope that this will be an opportunity to care for all the details (not necessarily the small boring ones that don't translate well in a movie, but everything else).
I bow in front of the dwarfs, as they had me with them from beginning till end. The actor who had the privilege of playing Thorin, Richard Armitage, underneath all that beard still made you want to fight with him till death just with just one look. I'm not entirely sure how both Ian McKellen and Christopher Lee managed to stay the same way as they did 13 years ago, but hats off to them! (Perhaps they do have a time machine, as Nostalgia Chick said in her LOTR reviews... hmm...) 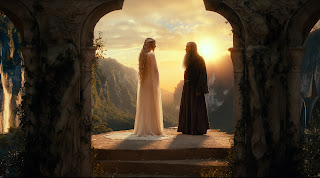 In another review I've watched, they said that the appearance of Galadriel, Cate Blanchett, felt a bit forced as she was the only female character to appear. Seeing that they had a story with only male characters, they perhaps felt the need to include a female lead. I think it was gracefully done and to me it didn't feel forced. The scene where she, Gandalf, Saruman and Elrond share their common knowledge about the evil that is about to appear on their lands is one of the most beautiful scenes in the whole movie. I can say that it is worth to sit through the three hours just for that!
My only complaint would be that in this movie I could really pick out the fake hobbit feet that Bilbo was wearing, This has never caused a problem before, but here I just couldn't take my eyes off of it! Do better next time movie!

Watch it? Definitely. I watched the three LOTR movies together, after they came out. I can advise you to do the same with these, as you are not missing out on anything yet, but you should see it nonetheless. It is enjoyable in the theater, but it is just as fun as a rental. And if you too are disgusted by Gollum, do NOT watch it in the dark! 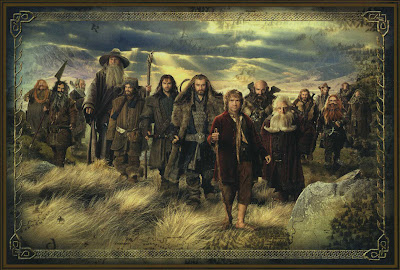