Why Should You Enjoy Superman Returns In Spite Of Public Opinion

I thought about writing about all of the Superman live-action movies. But then I realized that there is plenty I can say about just one, while discussing the originals would be foolish, everybody knows them by heart! What you do need to know is that in Superman II, Clark and Lois finally get together, as Lois discovers his secret identity. Although Luthor appears, he is just a secondary character as the leading enemy is Zod, who managed to escape from the Phantom Zone. Supposedly Superman dies and it is from that point that this movie picks up from. 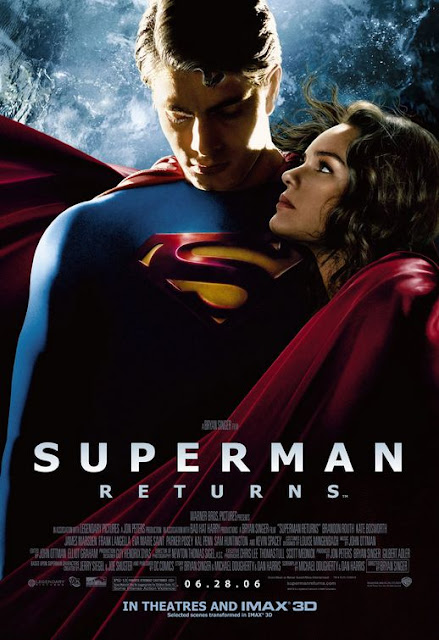 The movie begins with Clark returning home to Martha Kent. He gets back slowly on his feet and returns to Metropolis to get his job back. However, plenty of time has passed and Lois' has moved on. Not to mention that she has won the Pulitzer price for her article 'Death Of Superman' (reference to the comics!). But is it too late? Lois has a husband and a son and although the return of Superman seems to get everyone excited, she tries to deny it. This brings them to the well known problem of falling into the traps of Lex Luthor who, this time around, is set to make sure he will kill Superman for good. He actually would have succeeded if Lois' husband wasn't the down-to-earth hero type as well. We also find out that Lois' son is actually Clark's too. 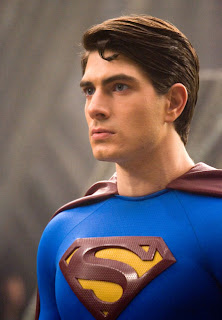 Let's just say that the biggest problem is obviously with the last sentence... There are geek studies that show that Superman CANNOT have sex with a human because he would - literally - kill them. Now, I am not trying to sugarcoat this. As horrible as that may sound we are talking about 'the man of steel' (and that is not a penis joke!), how is it supposed to work anyway?
Second problem is the husband, played by everyone's favorite 'guy the leading lady never actually picks': James Marsden. I love this man. He is such a great actor, and a looker too! I think that Kate Bosworth and Brandon Routh were a great couple. Also, I did not know ms. Bosworth before watching this movie and I really liked her performance. I didn't like it in other movies, but I did here. She had totally convinced me of being a caring mother and a career woman. The less convincing character was actually the child, their little boy. He was the source of almost all of the comedic elements, which worked fine, but he didn't really sell it on the dramatic scenes. And there was plenty of cliché moments where I had to sigh. 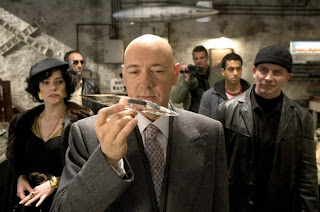 You might have guessed, I loved the casting. I think that Kevin Spacey was brilliant. I never would've thought of him as Luthor, but I think that he nailed it. He had that extremely calm feeling to him and he only snapped when the circumstance required it. His henchmen were dumb, but let us be honest, those are always dumb. And the evil plan, well... I thought it was a bit far fetched for my taste. However, I can see that they wanted to go big with this movie, I'll let that slide.
Personally I have always loved the relationship between Clark and his mom Martha, so I would've liked to see a lot more of them. But based on cartoons and well, all of the recent comics, they don't really play with this. So I was happy to get as much as I did.

I've found that Routh got a lot of criticism, I think that was wrong of them. I can perfectly see that he was doing what the director told him. I have seen him in plenty of other roles, he is a terrific actor! You can clearly see what went wrong here and it wasn't the actors' fault. I know 90% of the actors here and I could clearly see that none of them have given their best performance. The script has many faults, but if you think about the fact that it is supposed to be the sequel to a movie that already had two sequels, then you can see they had plenty of work. 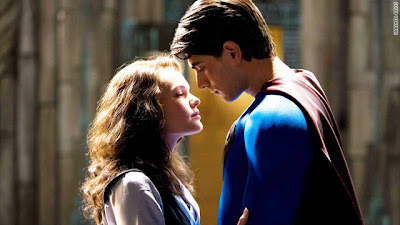 BUT the most important thing is that I HATE origin movies for heroes who EVERYBODY KNOWS!!! Do you really need to know who Superman is? He had an origin movie and he had a TV show devoted to every single second of his life. Even if it wasn't quite accurate to the comic, it still gave everyone a pretty good image of who Clark Kent really is over the ten years it was running. I am actually a bit scared of the Man Of Steel, as I cannot stand origin stories anymore... I mean, I get it when a whole new character like Thor (click here to read my review!) gets introduced to the public for the first time... but really? The thing I hate even more than that is the goddamn depressing angle that comic movies have taken with Nolan's Batman. I do not want another movie like! I like one thing about Superman and that is his humor. 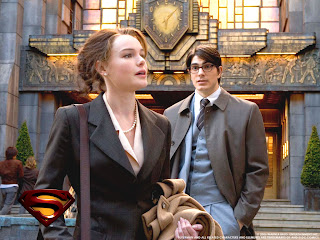 Nobody seems to care for that! Superman can do his job for one single reason: no villain, no crisis could ever take away his strength to keep on saving the people around the world. And this movie focuses on that! It keeps track of his glasses; his hair; the awful way Lois treats Clark and the fact that he is a total loser when he isn't himself. When he does put the suit on, he smiles for the cameras, interacts with people and stays strong. And Superman throws something huge into the sun: NOW THAT IS PLAIN AWESOMENESS! What more do you want people??!!

I love this movie, I really do. I gives me everything I need, and even if it lacks in some materials, it makes up for them in other areas. The villain works great, the chemistry between all of the characters works fine. I personally prefer this one, we'll see what the new one will bring. Maybe if it'll be the first installment of the Justice League "dream", then I'll forgive it. BUT USE HUMOR!!

Next up, the rest of the Superman cartoon movies, before we head into the live-action DC series.