What's Next On My DC List? (Cartoons) Justice League

We have one more DC list to go and my top 5 list of favorite DC heroes, but before that let us talk about the great team that is the: 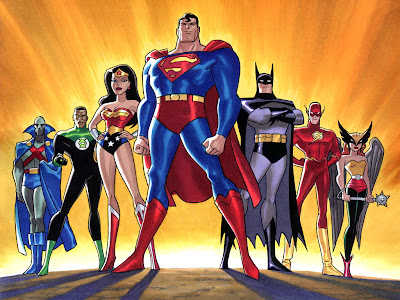 First up is the cartoon. This had a total of 5 season from 2001 to 2006.
Personally I did not like this cartoon very much. I do have to admit, that I stopped watching it after the first season. First of all, I love the Flash and even though I enjoyed most of his stories, the others did not make me curious. No offence or anything, but my favorite Lantern is of course Hal Jordan, so sorry John Stewart, but I couldn't care less. Same goes for Hawkgirl... where's Hawkman? I like the outfit and all, but it is He who makes it bad-ass. You? ... Not so much. And I know that this is about the whole League, but seriously, we need a lot more Batman and definitely more Superman! It is not enough to put them on the covers of the DVD! That said, if you are a fan of these characters from the comics you are set to love it! The drawings are actually great and the stories are very fascinating but this requires a proper audience. I'm unfortunately not part of that. 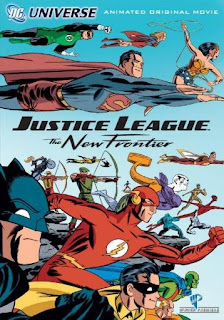 This is the basic origin story of how the great crime fighting group of superheroes has come together for the first time: they are known as the Justice League of America. 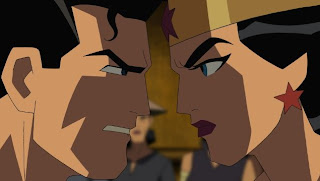 We have met all these great heroes who protect their own cities, but can they work together? It seems that a great evil is upon them and they need to unite forces to protect their precious planet. They have worked together before, but the government has come to fear their powers instead of trusting them. The movie is set in the 1950's, with Batman considered as a fugitive and the emphasis put on Superman and Wonder Woman's friendship and at the same time the origin of Martian Manhunter and Green Lantern. Our heroes need to fight a great enemy known as The Centre, who wishes to eradicate the planet of the scum that the humans have become. This might be just too much for our heroes... 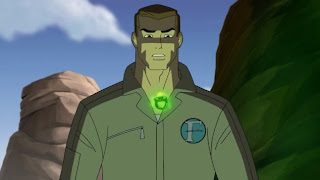 With an all celebrity casting: voices like Kyle MacLachlan, David Boreanez, Kyra Sedgwick, Neal Patrick Harris and Brooke Shields, get ready for one of the best origin stories ever released!
If DC wants a good Justice League live-action movie, then they should take this movie into consideration. You already know the main characters, you know their friendship. What raises questions is how some characters like Flash or Aquaman came to be part of their great group and here you receive an answer to all of your questions. It is a wonderful movie and really great if you care for these heroes. 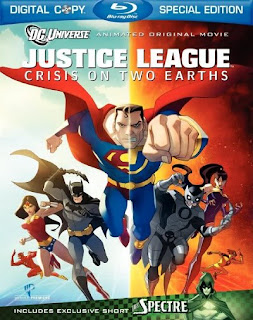 Ever thought about the existence of parallel universes? Guess what, they exist in this movie!
Lex Luthor is a hero in his alternate universe and he has come to our planet to ask for help from our heroes. Their evil counterparts have fought and destroyed all of the heroes and there is need for fresh blood to get a chance to destroy these bad guys. 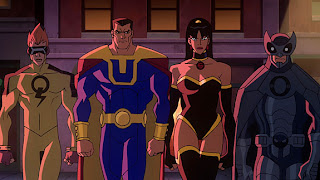 This movie was great for several reasons. Readers always wonder, what would it be like if these heroes would use their powers for evil? We finally get an answer. There is also a form of poetry for the way the bad guys act. The aren't just evil, they are incredibly smart about it too. They have plans for the future and they have a reason for acting the way they do. Not to mention that you have to wonder, what if Luthor used all of that money for good? Like Batman or Green Arrow does. This is a great opportunity to discover a whole new side of these characters. Their counterparts bring out great things in them. And I don't want to spoil it for you, but they have a great plan to take down their enemies... and trust me, during the movie, you seriously doubt whether or not they are going to succeed! Check it out! 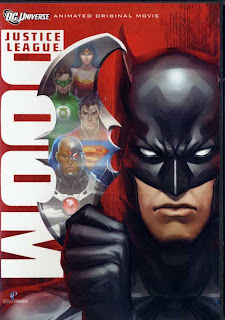 Can you trust your friends? You might be shocked... Vandal Savage is a freak of nature. He cannot be killed and he stayed alive ever since he was granted this power back in the Prehistoric era. He has stolen Batman's plans and this isn't good news as the Justice League was unaware that Batman had plans to defeat all of them if there ever was a need to. Savage had transformed these plans and made them lethal, making sure he would get rid of the Justice League once and for all. Of course they get to stop him just in time, but it seems that their trust in Batman has been destroyed forever. 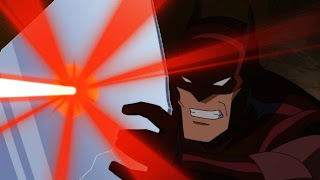 This story is a great continuity to the previous movie. It isn't only readers who wonder if heroes will turn rogue. Batman was worried and took precautions, but only to be able to stop them if there is a need - Savage has taken it to another level. This movie I think is wonderful also because a lot of the bad guys from all the comics are here working together to defeat our heroes. So far the Justice League only had to defeat something big and very evil that needed all of them. In this case the story focuses on every individual and all of their fears and weaknesses. Again, you get to discover these heroes all over and it is just great fun to see them work together. It is definitely worth seeing it!


Superman: "I only have one question. Do you have a plan in case you went rogue?"
Batman: "I do. It's the Justice League."
Bejegyezte: CsorEsz91 dátum: 7:27 PM