Before I talk about the Justice League movies, I decided to crack down the last of DC cartoon movies that I think are worth mentioning. We had Batman (click here!), and Superman (click here!) so let us have two other strong characters of JLA: Wonder Woman and Green Lantern. 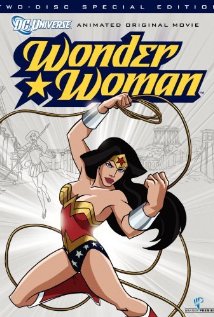 As the movie begins, we get a sight into why Diana's mother has decided to barricade her people from "men". She has killed her own son in order to stop a war. Life goes on on their little island called Amazon, however her daughter Diana seems to be curious about what could be out there. One morning her mother makes their island visible for a couple of minutes and a pilot crash-lands there. He needs to get back and Diana is chosen to accompany him. She finds out what an ugly place Earth really is, however, this gives her strength to make things better and help out. 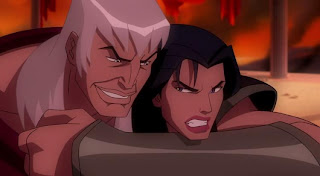 Here we have an origin story, and we needed one.
I really loved this movie seeing that so far I had only read about Diana's adventures and unfortunately, except for one Superman/Batman movie, there aren't many stories featured on the island. I like the Amazons and for some reason, even though DC and Marvel both ruin their female heroes in live-action adaptations, they get them pretty right in cartoons. There is always this cliché stories of people who don't know anything about the world and although it is a really played out and annoying way of approaching stories - here they make it cute. Not so much time is spent of Diana wondering about the world, but showing that she was trained for this her whole life. Also, you know the main love story among the two leads, but it is not forced and that helped a lot. It is a great origin story! You don't need a dumb live-action TV show to know about Diana's background if ever a Justice League movie comes out: watch this movie! 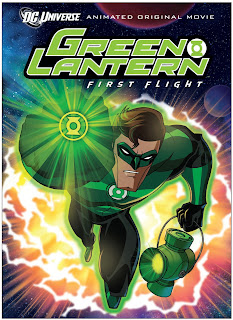 This is the origin story of how Hal Jordan came to be a part of the guardians of planet OA and a Green Lantern himself. His job is to protect the Earth, and he is also the first human to be ever granted this opportunity. His first mission takes him on a journey to discover what happened to the guardian who's ring he inherited. Toward the end, he discovers that his mentor Sinestro has betrayed the guardians and has taken the power ring of 'fear', the only thing that can defeat them. What will happen? 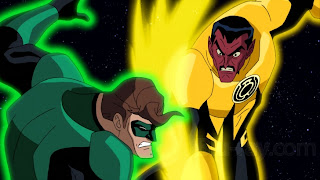 The only reason I don't want to spoil the ending for you is that the only chance the Ryan Reynolds movie had to be good, would've been to rip off this movie, scene by scene. It let's you discover what kind of person Hal is and why this responsibility was dumped on him. You also discover a bit the other guardians and you get to witness the friendship between Sinestro and Hal. Sinestro is a mentor to Hal and the conflicts among them make Hal weak. In the live-action movie (click here to read my review!), you only get an after-credit scene with Sinestro wearing his new suit, but no explanation to why he would do that or why we should care... Basically, this is a wonderful origin story, so if there is anything you want to know about Green Lantern this is the movie you need to see! 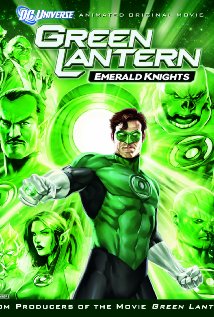 Hal wasn't the only Lantern who ever doubted himself. He is now a mentor himself, and as darkness and a great evil is upon them, he needs to boost confidence into his student Arisia. He tells her five stories of five great Lanters before her who all questioned themselves. She finds the courage to speak up and realizes that she does have what it needs: it is all in the heart. 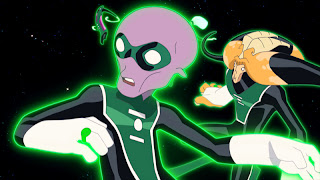 This movie is perfect for people who love Hal Jordan, but are also curious to get to know the other characters. After watching it, you don't think of Hal as the lonely type anymore. I mean that in the Justice League movie he is the only one to possess these powers and he uses them often. However, you get to discover that they aren't only soldiers but they are a family. Better yet, 'one for all and all for one'. It is a great movie with great stories. It is a real crowd pleaser for DC fans, trust me! Not to mention that Hal is voiced by the great Nathan Fillion! 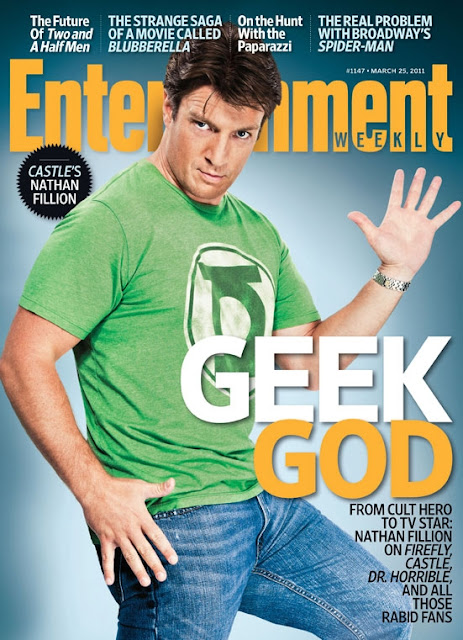