One DC review left for us before we wrap up all of the comics reviews, still to come movies like V For Vendetta, Watchmen and Hellboy, not to mention a final DC surprise, but until then let us see which DC characters deserve to be mentioned according to me.
First, two honorable mentions: 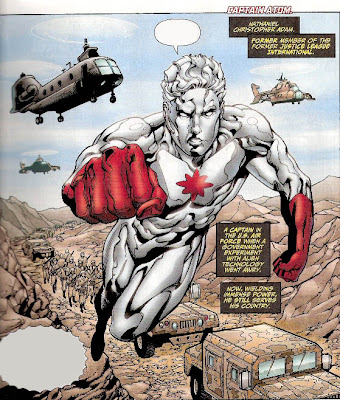 I have no idea what it is about him, but I love him. He is incredibly sexy by my standards. I like his background story too, and he's got some cool powers too, but I am simply drawn to him. He is really hot! I just cannot keep my eyes off of him! It is contagious! Anyway, seeing that he has no live-action counterpart and that I have yet to establish any sentimental connection with him, I decided to leave him off the list, but letting you know that if Captain Atom were to pass me on the street, I would probably do my best to end up in his arms! 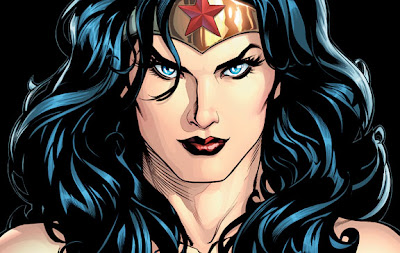 She is a great character and I really like her. One of the things I enjoy is her friendship with Superman and Batman. She was involved with both and that is also a story line that I enjoyed very much, however she doesn't appear as often as I would like and beside a great movie made in 2009 (click here to read my review!) she's not used enough. With the live-action movie coming up, I really hope they will cast someone who is worthy to play her. 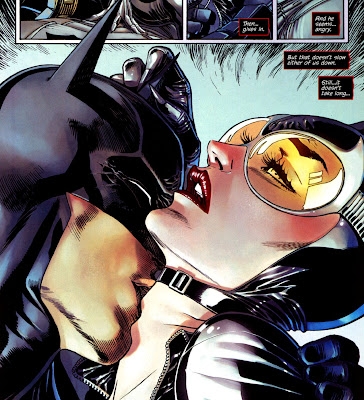 I like her for her double personality. She of course knows wrong from right but she is drawn to do wrong for several reasons: One of them being the fact that she believes Batman won't be interested in her if she went straight. Which I think is cute. Also, I like that their love is really based on not knowing each other. The mystery of what might be behind the mask keeps them interested. They always try and bring Catwoman into stories, but they always fail because they want to enhance her good side so the viewers like her - not realizing that they would like her even if she was as evil as the Joker! However, Anne Hathaway's portrayal of her is one of my favorites. 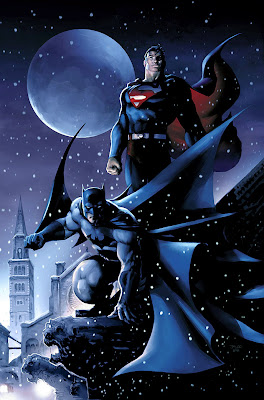 I like these two boys together. Superman is way to optimistic for my tastes while Batman is to depressed... they balance out each other perfectly. They are the living example of "opposites attract each other". One of my favorite movies of all time with these two heroes is Superman/Batman: Public Enemies: You really get a sense of why they are good friends and how they would give their lives for the other one. They have one of the most beautiful and reassuring friendships in the history of comics. 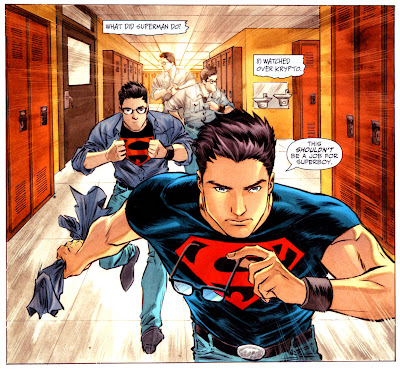 I didn't know much about Superboy prior to the Young Justice cartoon that came out last year, but let me tell you, it was love at first sight! He is a great character, with his own baggage and history and he adds a lot to Superman's character. Not to mention that some complain that Superman is boring because he cannot be killed due to some of his abilities - and these are things that Superboy misses, so there you go! The version I love is Conner Kent, the first Superboy who is a genetically engineered clone, manufactured with Lex Luthor and Superman's DNA (making him half human and half Krypton). He is charming, cute and really a great character! He, above all of the other heroes, has no reason to become one, and yet he does just the same because he knows right from wrong. 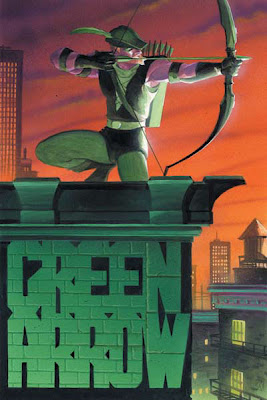 Yes, I'll admit that this character skipped a couple of steps thanks to the live-action series that began on CW this fall. But he is a great character! Due to his popularity in Smallville (click here to read my review!) and of course Arrow (click here to read my review!), I spent all summer reading his comics. I really fell in love with him, not to mention his relationship with Black Canary (the love interest) and his sidekick Speedy, or Red Arrow (his adoptive son). There are great stories behind this character; I love his goatee and his Robin Hood like portrayal. He is one of my favorite fantastical archers! 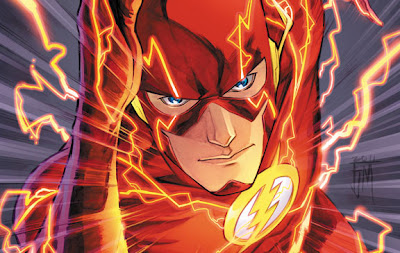 There about a hundred sex jokes that can be made, because of how fast the Flash is... I am not here to do that, no worries! The Flash, Barry Allen, is one of the funniest DC characters ever invented. He is young, impatient, quick in his mind just as he is on his feet. I love his red suit and his one liners. In the cartoons, he has been voiced by such legends as Neil Patrick Harris, Charlie Schlatter and my favorite CSI, George Eads. He had a live-action TV show in 1990 with John Wesley Shipp, but that was quite horrible... (click here to read my review!). I am hoping for a cartoon movie or a TV show... I don't think that he should be featured in any live-action movie of series because I'm afraid they will mess him up... just like they did with Wonder Woman, or they did in the 90's. 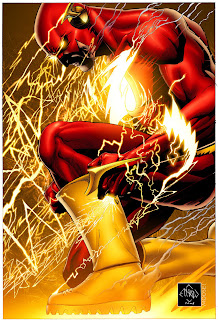 Barry has always been my favorite Flash, even though I enjoy very much Jay Garrick's character from the 1950's Justice League of American and Wally West, Kid Flash, from the Young Justice series managed to get a place in my heart as well. But only because he took over Flash's one liners, since in this series Barry is more of a father figure to look up to, rather then the fast kid in the group. That is one of the reasons why George Eads is a great voice for him! He inspires adulthood and responsibility something that Wally learns from him throughout the series.
Either way, he is a great character. Being fast isn't overrated, one might say it is, it's not. Flash uses his ability for good and takes care of everyone. Not to mention that beside that ego and always kidding around, he takes everything seriously and he is a great friend - somebody you'd want watching your back.