One of my favorite holiday is coming up, so lets discuss some music and movies that come along with this holiday. Here are my lists of music that you should definitely put on your party mix.

15) The whole soundtrack of The Rocky Horror Picture Show. When October comes around I just start listening to it and it always cheers me up. It makes me dance and sing and I want to dress up and just have fuuuuuun! I think that is the point of a party mix, isn't it?

14) Of course, Michael Jackson's Thriller, simply because it is everywhere. I do have a happy Halloween feeling when I hear this song. I don't care that much for the actual zombie video, surprisingly, but the song itself is a huge favorite! Perhaps a bit overused, but surely it gets the people dancing.

13) New addition is Panic! At The Disco's Emperor's New Clothes, which just based on the video. In it the singer turns into the devil with skeletons singing in the chorus. It is a creepy but at the same time super entertaining. If it isn't on your playlist, trust me, be sure to add it!

"If it feels good, tastes good
It must be mine."

12) Oingo Boingo's Dead Man's Party. A classic, truly. I am sure that everybody thinks of Halloween when they hear the name of Danny Elfman. I have no reason to go into detail, you get it.

11) I gotta add the possibly funniest of them all, from Bob's Burgers a song by Boyz 4 Now, entitled "I love you so much (It's scary)". First of all, the title; second, the whole concept and how much the family is enjoying the absurdity, and third... we all know what they are parodying and they do it wonderfully!


10) This song was featured in the movie Hocus Pocus. It is my sister's favorite and it is a great song, it has a more Halloween like feeling to it if you know the movie very well. Either way, it is sang by Sarah Jessica Parker, and what do you know? She sings very well! The song is Come Little Children. (click here to listen!)

9) The theme song to The Exorcist. (click here to listen!) This is a great and incredibly creepy song. And this movie is awful, however if you wish to heighten the tension in the background or to just scare the shit out of your friends: this song is for you.

8) Feed my Frankenstein. I think that the title speaks for itself. Alice Cooper has a very Halloween aura to him, but he has two songs that I think completely stand out as far as party songs go. This is the first and the second will come up later on. (click here to listen!)

7) Of course all music from The Nightmare Before Christmas is somewhat Halloween-y, however, Marylin Manson's version of "This Is Halloween" kicks it up a notch. This is the typical song that makes me shiver every time I hear it. (click here to listen to the song!)

6) This song is one of my absolute favorites. The only reason it didn't make it into the the best five, is that the first time I heard it was in the middle of the summer, and although it is the soundtrack for a scary-crime movie, it still doesn't remind me of Halloween on its own. This is Bump in the Night by AllStars, featured in the soundtrack of Scooby Doo. Do listen to it as it will be one of your favorites too! (clicke HERE to listen to the song!)

5) Warren Zevon - Werewolves Of London
This song has absolutely nothing scary or Halloween like. Nothing whatsoever. But I always listen to it when I decorate my home with my lanterns and pumpkins and ghosts. So it is really a traditional song. I think it is a great one so check it out!

4) Alice Cooper - He's Back (The Man Behind The Mask)
Now, the clip is more Halloween-y, as it features Jason. (ATTENTION! If you don't like snakes do not watch the real music video! The one I embedded has no snakes on purpose!). I find that this is just a great song. I like every note, the lyrics, Cooper's voice is incredible! I listened to this song so many times that I Know every sequence in it! It is one of my absolute favorite songs and it is just a great piece of music!


3) Bette Midler - I Put A Spell On You
This song is quite old but it is featured in one of my favorite Halloween movies Hocus Pocus. This version is sang by Bette Midler and there was NO VERSION OF HER SINGING IT AVAILABLE ANYWHERE, up until now! I finally found a CD version, so this is a very happy Halloween for me! I literally had to save the sound from the movie as that is the only way I could listen to it a couple of years back. She is by far one of the best actresses the world has ever seen and she's got a great-great voice. You can see the scene from the movie, do listen to it as it is a great song!


2) Bobby Picket - Monster Mash
Oh my God, this song is featured in EVERY single halloween movie or cartoon or TV series that had a Halloween specials. It is literally everywhere! You know it, you have heard it as it goes on in the background in parties featured in TV. Oh, you haven't heard it yet? Then you are probably Hungarian. Listen to it! It is the least creepy thing you have ever heard. The only thing it has that is Halloween-y is its lyrics. Which are wonderful! Beware, once you listened to it you will listen to it over and over again. This song is magnificent! Trust me :D Also, there is a new version by Key of Awesome, check it out here!


1) Aqua - Halloween
This song is my absolute favorite. The lyrics are wonderful. The sound effects and the song is great. I always loved Aqua, they have a couple of other holiday songs that are also my favorites. I am sorry to use the same word all over :D but that is how I feel! This song is everything that Halloween is for me. I could listen to it for hours! (One time I actually did!)


So this is my list. What is yours? Have a gooooood party! 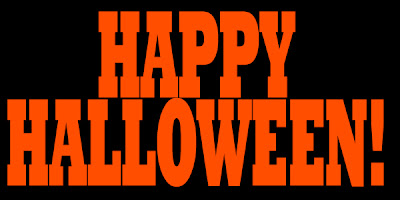