Why Should You Enjoy X-Men Origins: Wolverine In Spite Of Public Opinion

I know that this entry will probably be as effective as talking to a wall, but nevertheless I intend to make a point, so here it comes, let us review: 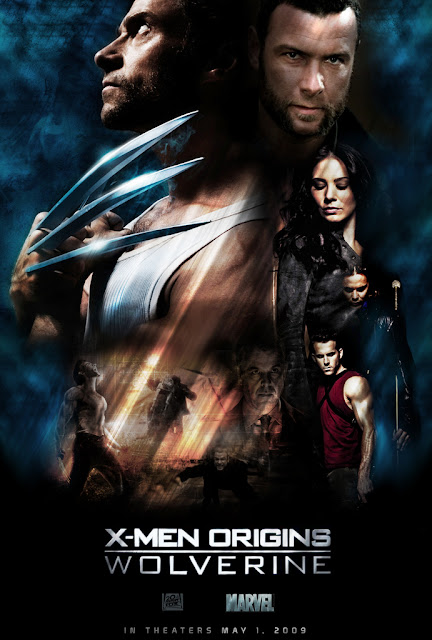 If you know anything about Wolverine, is probably that he has adamantium claws, he has a healing factor and he cannot remember how he came to be who he is: all he knows is from a dog tag around his neck which revealed the name Logan.
In the movie we finally get some answers to how he became the man he is: 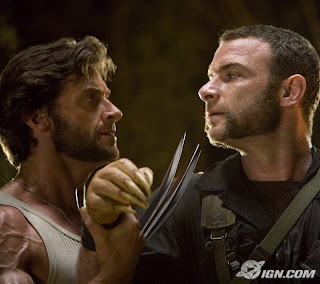 He is part of a task force for William Stryker, along with his brother Victor, who you will later recognize as Sabretooth. In this team there are several others, who aren't really important except for one: Wade Wilson, a highly skilled swordsman who talks to much and irritates everybody. When Stryker turns out to be a bit deranged and tries to kill innocent people, Logan tells them he is out. He starts a new life as a lumberjack, and shares his life with a woman, Kayla. He feels finally happy, when Victor shows up and kills Kayla to force him to come back to work for Stryker. Logan gets mad and tries to track him down through their old team mates, so he can kill him, but Stryker gets to him first and tells him that he can give him the tools to destroy Viktor: make his bone claws into adamantiums. Unfortunately Logan finds out that he was just a lab rat for Stryker's ulterior plans and breaks out, only to find more mutants looked up and used for experiments, among them Kayla, who was simply controlling his mind, because she was blackmailed by Stryker who had her sister. Logan helps them escape, and he has a showdown with Stryker's experiment: Deadpool - the ultimate mutant who has the abilities of all the other mutants Stryker captured and he has the body of Wade Wilson. The two fight, Wade seems to be defeated and Stryker shoots Logan in the head, which causes him amnesia, but it doesn't kill him.
In the end we have a scene with Deadpool who survived, originally Ryan Reynolds was contracted by Marvel for the next Origins movie, which was set on Deadpool's story, but being cast for DC's Green Lantern he has released from the contract. As far as I know, no new actor has been cast yet. 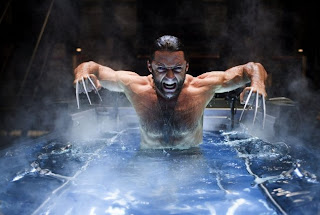 The biggest problem above all is that this movie was supposed to be a prequel to the X-Men trilogy (read my review by clicking here!), and on that level it completely fails. Sabretooth was played by someone else in the original movies and he wasn't Logan's brother, it clearly showed that they didn't know each other. Although previously the man who in X2 was Stryker appeared also on the imdb cast list, but then was replaced by someone who looks nothing like the other actor, and not in the very least threatening. Not to mention that in the second movie we have a whole scene where we find out how Logan got his claws and that is completely different from this story.
Another big fatal problem is the casting. It sucks. Hugh Jackman is impeccable, Liev Schreiber is a very good Sabretooth (even if he doesn't resemble the one in the comics at all), and Ryan Reynolds is a perfect Deadpool. I am kind of sorry that he won't be playing him anymore. The story is also weak. So why do I like this movie? Very simple. 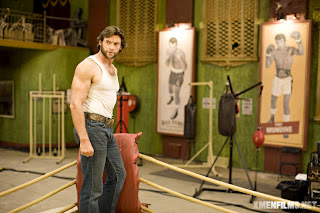 I don't care if this was supposed to be a prequel, so is X-Men: First Class, but that had a few holes as well, did anybody care? No, it was a big success. I also don't care that the story is so weak, because I liked the chemistry between Logan and Kayla. I've found it convincing and being a fan who simply wanted a love life for Logan, without him stealing Jean from Scott, I was content. I am also interested in Stryker: in the Ultimate comic series he was also responsible for Beast becoming blue and that pain he inflicted on them always made him a first class villain for me. At the end of the day I simply want a movie where Logan flashes his claws and cuts helicopters and bad guys who are mean to mutants and I got all that. I also know that his has an immense heart and his constant anger was finally clear to me. I believe that Hugh Jackman is a wonderful Wolverine and the more movies I get with him the happier I am, so even if the story is going to be about him adopting puppies and fighting the mean people who use dogs for races, I'D STILL WATCH IT!! IT'S F*CKING WOLVERINE!!! WE WANT MORE WOLVERINE!! I WANT MORE WOLVERINE!!!! (I also liked Gambit!)
I don't think that the flaws can be overlooked, but I also don't think that this is the worst comic movie ever made (have you seen the old Captain America's? Yeah, point made!), and I most definitely don't think that people should treat it as such. It is a perfect blockbuster for a movie night, it has both romance and action. Trust me, girls will be excited by Hugh Jackman and the guys will enjoy the action and the mystery. This is one of those movies that you should judge on your own and not listen to other people's reviews!