Well, let us review something new and fresh on DVD and Blu-Ray, the action drama starring Taylor Lautner: 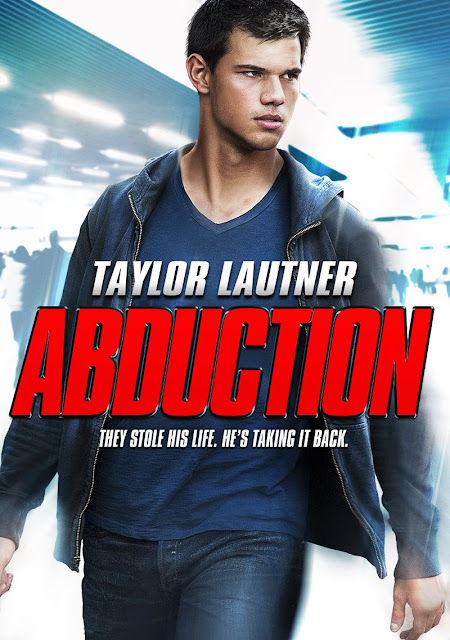 I was pretty skeptic about watching this movie, I liked the trailer, which I now can say was a total mislead, but never mind that, in the end I was set on seeing Taylor starring in pretty much anything that had nothing to do with Twilight. But I am not here to trash those movies (maybe some reviews later, who knows?), I am here to talk to you about the awesomeness of this one!

The story, quickly, revolves around a young boy named Nathan, who is an only child of a very happily married couple. He happens to find his photo on a missing children's website and tries to find out what's going on. As the story unveils, we find that his presumed parents, Kevin and Mara were just raising him, they weren't his real parents. They were actually CIA agents, just like his real dad, who was no father material, and therefore he was given in care to two agents. Nathan meanwhile is in love with his neighbor, Karen, who gets wrapped up in the adventures of his.
It turns out that his real dad stole something from a terrorist called Kozlow, and this man, in order to get his item back from the dad, tries to abduct Nathan, except he is quick on his feet. His adoptive father trained him to be able to defend himself in any situation. About 24 hours pass, he finds out a lot of things: his mother had passed away, his dad is one of the best, his therapist also works for the CIA and so on.
In the end he almost manages to outsmart the bad guy, but gets saved by his dad and all is good. 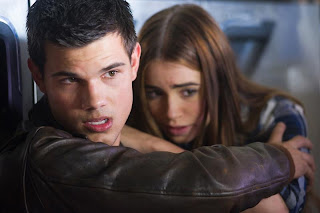 If you read it, it pretty much sounds like a simple action movie, and it would be, accept it is... what's the word?... BELIEVABLE!
First off, the chemistry between the two main characters, Nathan and Karen, is finally genuine. We establish in the beginning that they like each other, something is going on, so I don't find it difficult that the girl would feel the need to be with him. Also, we know that every single action movie, before the big showdown has a nice sex scene between the two love interests, and, besides some kissing, this movie doesn't have one. OK, yes, there is some heavy make out but both characters acknowledge that this isn't either the time or place to have sex. I loved that. I've found it absurd, that terrorists are after you, and they just check there watches and go "Oh, hold on, there is a need for a sex scene to keep the audience interested! Let's give them a couple of hours, shall we?" that's just bullshit. Also, the love interests are neither two people who work together, or two people who hate each other, or enemies then lovers and so on, I don't need to list you all the clichés, you know them better than me! But here, like I said the connection and the mutual attraction is established. Also he doesn't treat the girl like some useless bimbo or just extra weight that troubles him in his run from the bad guy. He respects and cares for her.

When you jump 5 meters down there is a slight possibility you won't fall perfectly, also some cramping is possible: in the movie Nathan jumps and his left ankle gets dislocated, which is the natural response, and he keeps limping for the rest of the movie, which is again normal considering how much that can really hurt! And it's not about being fit, he keeps in shape, he had been running for ten minutes before that jump but accidents can occur!
We also know that his best friend makes fake IDs, and I've seen in several movies that they give you the means to make a good escape but then forget about it. An example would be knowing that your best friend is part of gun and other weapon trafficking, but instead of asking him for help, you bitch about not having a gun. In the movie the best friend makes IDs, and the Nathan thinks that he can help, seeing that they are fugitives and need to get out of the state somehow without raising any red flags. Thank you movie, you use what you have and you work with it. You don't come up with things in the middle of the movie. Thank you! /or thank you Shawn Christensen for the screenplay!/
Lastly, at least we know that his dad had been training him all his life. His skills and muscles aren't just part of the "action-hero-package-deal"! He was thought means to survive, therefore he can survive. Simple logic really.
And in the end, having both adoptive parents dead and a father who doesn't want you his therapist, Dr. Bennett offers to take him in. And that I've found especially dear to my heart. In movies usually the character is told to just grow up, suck it up and be an adult while really, this boy just lost his parents and he is still 17. The reasonable thing is for him to live with the only actual family he's got left, the person who watched over him for year and helped raising him. No matter this accident, he doesn't have to grow up just yet! 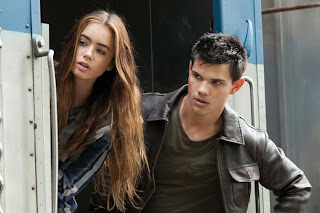 When have you ever seen an action movie that felt so real? So little attention is nowadays payed to everyday details of a human being and I find that to be absolutely foolish. If you have time for sex scenes, you should also find time for someone to be able to eat. There is this cute scene where Karen is shopping for food and she gets a chocolate bar for Nathan, hoping he will like it. The fact that these are merely children is never lost sight of. You also get the sense that the precautions they take might even be from other action movies they might have seen during their lives. Meaning that they are clever, but not geniuses and that is important. I can try to orchestrate a trade with a terrorist as well! I've seen it a million times on the big screen, will I succeed? Not necessarily. Will I get lucky? I could, assuming that the terrorist hasn't seen the episode of 24 that I had in mind when I tried to trap him! See what I mean?
And I love a movie that keeps me guessing. You are never sure who is on your side or the bad guys'. For example, there was someone who everybody said was bad, Nathan believed it to, but I didn't. I thought something was wrong and he is good or there is still some puzzle pieces missing. It really was interesting!

On that note, I'd like to finish by something I do not do often: thank an actress for being in the movie. I am talking about Sigourney Weaver. You may know her from her more famous roles in Alien and Ghostbusters, but you may know her from lesser roles. Lesser meaning short appearences, because let me tell you, a movie is anything but lesser if she is in it. Mrs. Weaver is one of the most awesome and capturing and fantastic actresses of all time! She, among with Meryl Streep and Diane Keaton are goddesses! I've read recently on imdb.com a personal quote from Mrs. Weaver, saying "I'd rather have a small part in a movie I love than a bigger part in one I don't care about." You see, unfortunately she doesn't appear as much in this movie as I would've wanted her to, but this made me smile. I was wondering why she takes so small roles, for example in the movie Paul (Two British comic-book geeks traveling across the U.S. encounter an alien outside Area 51.), she had about two minutes of screen time where she had a line referring to the Alien movies. It was a true laugh-out-loud moment. Make sure to check that out too! And if taking this small role equals that Mrs. Weaver loves this movie, trust me, you do NOT want to miss out!

So, if you got some time on your hand make sure to check out this movie, trust me, it is worth your time! Let's make sure this movie gets the imdb.com rating it actually deserves! Taylor showed us that he can do more than cry over Bella and that those muscles aren't just for show!
Until the next item on my list!