Why Are British Christmas Movies Better Than Americans?

If you are American, this question might raise doubts in you about my well being and tastes in movies. And that is alright, but as soon as you’ll see my point, you will find that I am quite lucid. The main fight among movies is:

Americans love Christmas, there is no doubt about that. I love it too! And I am not questioning that they have a really special way of celebrating it, however there is a point where... it’s just a bit too much! I am of course talking about the countless Christmas family movies that come out each year, which as time passes, have little or nothing to do with what Christmas is. Why? Because these movies seem to show us that no matter what kind of fallony you commit, no matter how a big lie you tell, never mind what kind of betrayal you’ve done, it’s Christmas. It is all forgiven. Or, my other favorite story line, is that there is a grave danger that Christmas might not be and it needs saving... Yeah, about that... that’s just stupid!
Here you can see all of the horrible Christmas movies I refer to, and I personally like many of these because no matter how stupid their plot and moral lesson is, they still let the Christmas spirit in me grow. 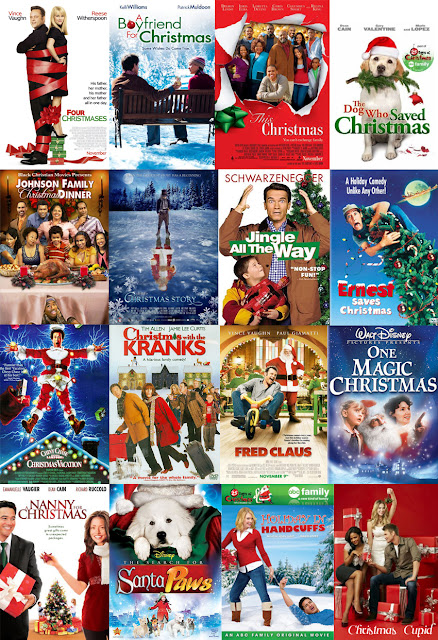 (Take Jingle All The Way, e.g. I love that movie, because I never saw it English. I am aware of how horrible Schwarzenegger sounds, therefore I avoided that by not watching it in English and it made for a really good Christmas movie! But, uhm, Ernest Saves Christmas? No, no. There should be a law against that!)
But make no mistake, I do not want to trash all of the American Christmas movies, no-no, they have some really good ones. They are classics, and you know why? Because they don’t want to push down your throat the deeper meaning of Christmas, they only focus on why Christmas is important or the story simply occurs during the snowy winter time. 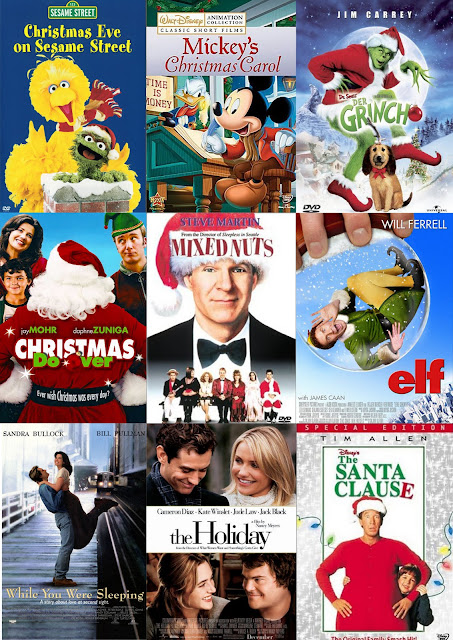 But why then, why am I still convinced that British Christmas movies are better?
The question is easy, yet hard to answer. I would like to discuss two movies in particular: 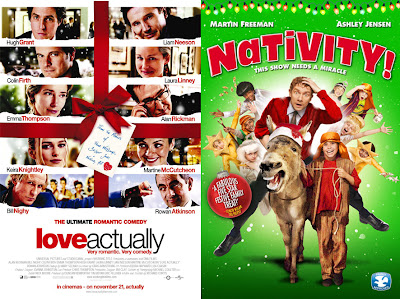 There is a recipe for disaster in America: the more famous people you cast, the worst the movie is going to be. Think of New York I Love You. It’s shit. Or think of Valentine’s Day. Biggest piece of crap ever released. I haven’t seen New Year’s Eve but let me tell you, my hopes are not in the very least high! Yet, the British took this recipe and made something awesome out of it. How? They probably had good stories before they cast the actors, they didn’t just hope that the pretty faces will wash away everybody’s attention from the fact that there isn’t a good standing main plot, and to top it, none of the sub-plots are interesting either. Movies like this are money makers, because you don’t only get the fan base of 1 actor but of at least 20, and since it makes money, it must be a good movie, right? Not necessarily. Think of the Disney-Pixar Animation Cars. Did you like it? I didn’t. And yet, they made a sequel. Was it worth it? No. Did it make a lot of money? Yes, because parents still brought their children to the theater!

But here we have Love Actually. You have basically every single British actor the world loves, along with some unknown faces and seeing that the stories alone are so touching and worth telling, the fact that you add Christmas to it makes it wonderful! 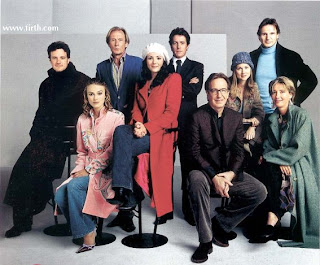 Now, Love Actually is pretty much the favorite movie of the Hungarian population. It is effing creepy how much they love this movie over here, one person watches it at least three times a year, and not only in the Christmas season! And why? Because it is a good movie! It tells you what people go throw the holidays: you can be alone; it can be a chance for you to get off your ass and find something better for yourself; it can be a way to rediscover yourself; to embrace in new things; to admit defeat or victory or simply to embrace the Christmas spirit. There is no need for talking dogs to save Christmas for it to be cherished! (A Dog Who Saved Christmas). There shouldn’t be... Love Actually focuses on those little details that you know get under a magnifying glass during the holidays and basically tells you that it’s OK. There won’t always be a happy ending, no, actually it might suck for you for a very long time. But don’t let that beat you down.

Let us move to the second movie Nativity. You might not know this movie, but I sure hope that you’ll check it out after reading my review. This little story is about Paul Maddens, an actor who after art school decided to become a primary school teacher, but besides being quite good at that, he is unhappy. His girlfriend Jennifer left him and he is forced to put on the Nativity at his school, even though he once failed at it miserably and doesn’t want to. He is forced to work together with Mr. Poppy, who is a grown man with some mental issues of his own, but he is the one who, after putting him through hell, gets his spirit of Christmas back. He tells us that his girlfriend loved Christmas and made him love it too, but without her it has no meaning to him. I don’t want to give away too much, because the story is quite complicated on its own, but for you to understand why this movie is beautiful: 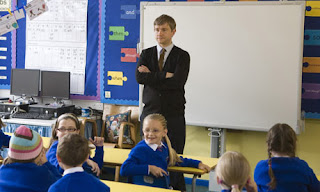 it not only focuses on one man’s rediscovery of the gift of Christmas, but of how much little children are affected by the actions of the adults around them. During the movie we have a little insight on how the children feel about Mr. Maddens and how they feel his sadness. Also, their insecurities, their want to act out because they feel neglected by their parents, feeling inferior simply because one teacher said "You are incapable.” It is hurtful, but it is true, we never realize that little children understand a lot more than we assume. And especially a time when Christmas should be above all cherished, a time for little Children to fell all the joy there actually is in the world, and yet it can all be thrown out because they worry for one teacher who is very important to them.
You know, in real life, actually all the way to University, after our parents, the second most influental people in our lives are our teachers. Some of us take a bigger liking to some of them, than others. And we often, I for sure wonder, if there is something to matter when I can’t see their smile. And I love that this movie puts into perspective, that nothing goes unnoticed for the students. Even those that pretend not to see. And here we are talking about nearly 10 year olds and not young adults.

Christmas is a time of happiness, and some lack that happiness. Both these movies tell you that it is OK, because there are ways to find it. I love Christmas. I really do and the biggest reason I feel that these movies are better than others is because, just like in my review about dancing movies, (click here to read!) the stories alone are interesting, they glue you to the screen and the fact that it is Christmas? It’s just a miraculous bonus! But others, such as those TV movies released by ABC family have very poor stories, actors that lack talent and not even the magic of Christmas is properly embraced. Christmas is not an excuse to make a movie! And America, if the Brits can beat you with their funny paper crowns and crackers, there must be something that you are doing utterly wrong!

So, be sure to check out some of these movies, I’m sure you’ll add some to your holiday favorites!
By clicking here you can see my list of 15 favorite Christmas movies!
To read my Arthur Christmas review, which also underlines the above stated, click here!