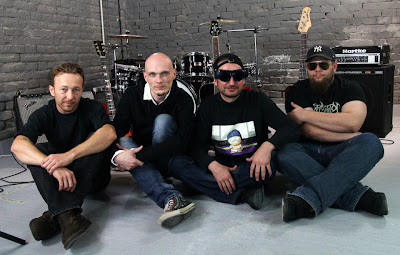 "Krisztián was looking for a band and Gábor was looking for a singer. After a few email exchanges, they met in Gödör Café in the middle of July 2010, and agreed that it was worth giving it a try. Just a few weeks of initial creative attempts and getting aquainted to each other's musical style, and they made demo versions of Old-Fashioned Guy and The Factory of Abandoned Quests. The creative process of composing music together, however, quickly received new inspiration when Gábor showed the songs to Miki, who immediately saw an opportunity for a promising musical project. Soma joined in January 2011, replacing a former bass player who had played with the band for only a few months. (Gábor had collaborated earlier with Miki in The Absolute, and with Soma in Bijou, the latter producing a great hit still played by many radio stations in Hungary.) Since then, there has been continued enthusiasm, dedication and hard work." - This is their introduction from their facebook page!

But why is this of any interest to us?

There many things that are worth mentioning here. Primarily, I had the fortune to attend one of their concerts on the 30th of November. I must say, it had the feeling of a very good "The Cure" concert. And that should raise interest in you! The drummer is astonishingly good, the songs are wonderful and I can only say good things about the lead singer.

You might wonder how I came to encounter this group, grab a seat, 'cause this is where the story gets interesting! Krisztián, the lead singer, happens to be my old high school biology teacher. It was a pleasant surprise to find out he could sing, and an honor to hear him everytime he performed at various school events. For me he is the Hungarian David Bowie, and that coming from me is saying a lot! 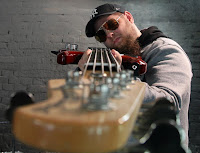 I'll be completely honest with you, these are the kind of songs people have to hear first hand. Just like the movies were directed for the big screen, music is written for the live performances. Surely many songs will find their way to your heart! As far as lyrics go, I can only say that they have a lot of fantasy and obviously a lot of hard work put into them. But let us wrap up. I'll tell you it was wonderful to see them live!
Here under you can see the link to their Facebook page where you can listen to a couple of their songs and check out their photos. Or you may watch their first music video at the end of the review.

UPDATE (2015): The band doesn't give concerts anymore, but their material is still available online as well as a music video and a live concert footage! Make sure you check them out!
Bejegyezte: CsorEsz91 dátum: 9:51 PM